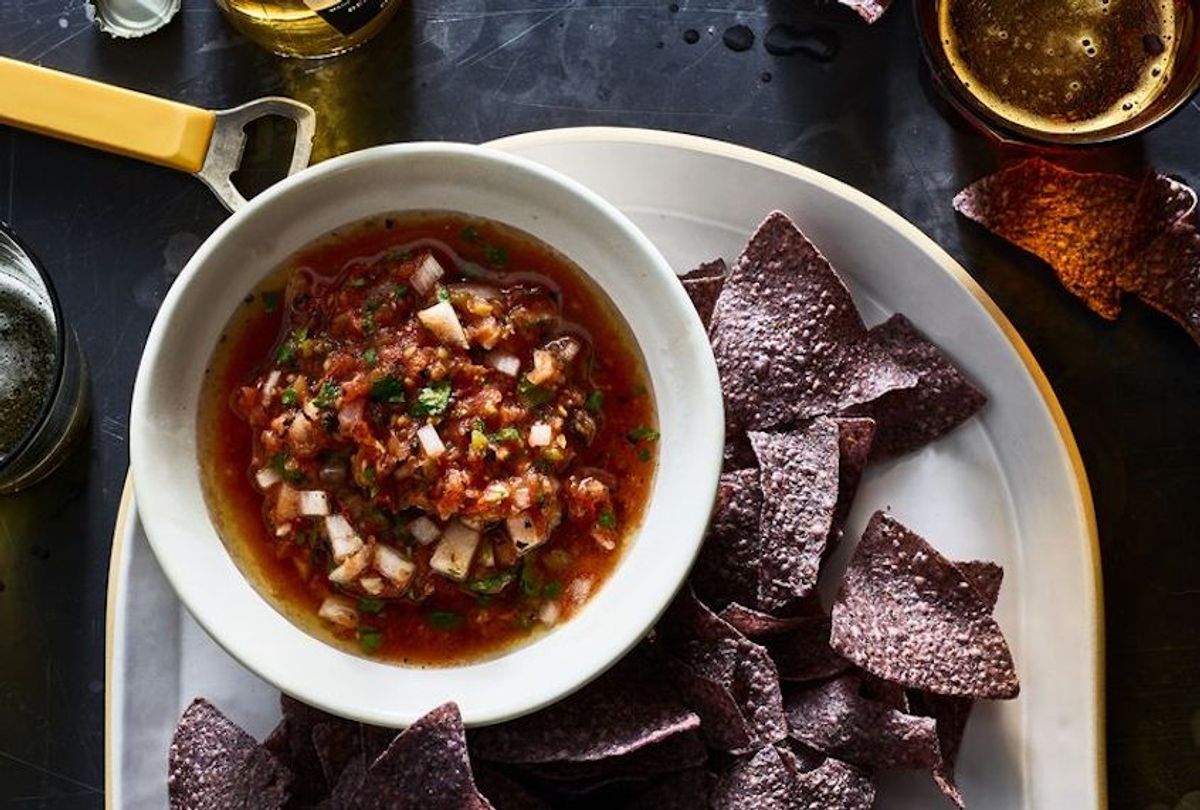 Growing up in Northern California, I only ate Mexican food a few times a year, and it usually consisted of chips, pico de gallo, and a portion of one of the giant burritos from the local burrito shop. It wasn’t until I moved to Houston that I realized what a deep cultural phenomenon Tex-Mex cuisine is, and how fiercely people pledge affections to their versions of queso, guacamole, salsa, and the like. Attempting to make these at home was my way of trying to figure out what the fuss was all about.

But it was a recent visit to Portland that inspired me to make salsa in particular. I found out our tour guide there, Erik Kennon, hosted a YouTube show called "Cookin' with Grandmas." I watched an episode and was instantly hooked. In the show, Erik spends time learning recipes and techniques from grandmothers around Mexico. One episode features him making a salsa for memelas with Grandma Imelda. As a fan of salsa, but familiar with making only the raw versions until this point, I was fascinated by Grandma Imelda's method of grilling the tomatoes until blackened before adding them to the salsa. When I discovered the full, smoky flavor this lent the recipe, it was a major breakthrough. Although I used my grill pan to char the tomatoes indoors, I still got a fantastic, deeply caramelized flavor, which I can only imagine would be heightened by a charcoal grill.

Grandma Imelda added raw onion as a finishing touch. I realized that the raw bite of raw onion was my least favorite part of a pico de gallo, though, so for this recipe I quick-pickled the onions before adding it to the salsa. The result is the closest thing I've ever gotten to a restaurant salsa: hot, smoky, and just a little chunky. Finally, I had a salsa that I, too, was more than happy to rave about.