Bernie Sanders and Ocasio-Cortez bring their progressive agenda to Kansas

Sanders said he believes "that there really is not a blue-state, red-state division in this country" 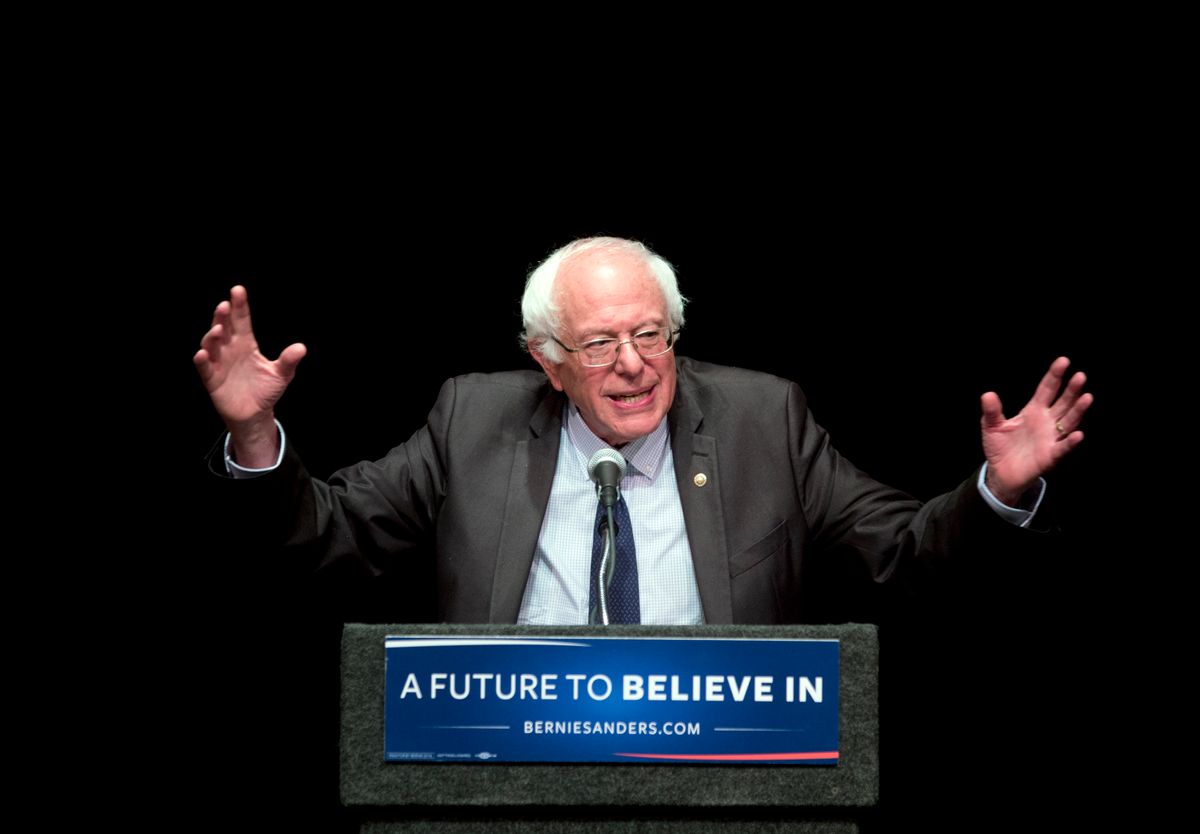 "I happen to believe passionately, that there really is not a blue-state, red-state division in this country," Sanders, the most popular senator in the country, told Margaret Brennan on CBS's "Face the Nation" Sunday. "I think there's a lot of mythology attached to that. People believe that healthcare is a right. People believe we should raise the minimum wage to a living wage."

He added, "People do not think, as Trump does, that we should give a trillion dollars in tax breaks to the top 1 percent. But in fact we have got to demand that the rich start paying their fair share of taxes. So, whether you're in Kansas or the Bronx or in Vermont we have common interests and common aspirations and we have got to fight for an America that works for all of us, not just the 1 percent."

"It absolutely does bring up new voters and in fact, we found this here in New York, back home we expanded the electorate 68 percent over the last off-year midterm primary," Ocasio-Cortez explained. "So for us, this is about inspiring people to the polls, giving them something to vote for, creating hope for this nation, and knowing that so long as there are working class Americans who believe in a prosperous and just future we will have hope no matter how red the district."

Back in April, Ocasio-Cortez told Salon that she believed her agenda could work all across the country.

"I don't think it's anyone's responsibility to impose an agenda on your community, but I think you can come out with a strong stance, be unapologetic about it and find the people in your community who believe in that, win them over, engage in public discourse — have that conversation — I think it's important," she explained.

Both Sanders and Ocasio-Cortez campaigned on Friday in Kansas for two congressional candidates, James Thompson, and Brent Welder. With the 28-year-old congressional hopeful alongside him, Sanders drew a crowd of roughly 2,000 for a rally for Welder, and a crowd of about 4,000 people at a rally for Thompson.

Since the 2016 election, the Democratic Party has been engulfed in a war with itself — namely on how, or whether it even should rebrand the party's identity with a more unapologetic progressive platform. Faced with mounting pressure, top Democrats have sought to thwart efforts to revamp the party with a more bold and progressive agenda, as well as candidates.

However, the progressive wing of the Democratic Party doesn't appear to be taking a back seat any time soon. When asked what advice 76-year-old Sanders had for Ocasio-Cortez, he explained that she must continue pushing down the path she is already on.

"She ran a extraordinary campaign. And the reason that she won is she ran on ideas that were relevant to the working people in her district," Sanders explained. "She put together a strong grassroots campaign and she worked her tail off."

He continued, "And any candidate in America who is prepared to do that, I think, has an excellent chance of winning."