The id of Trump, the economics of place and our empty national soul

The nation shopped while our democracy crumbled, and this escapist consumerism is what birthed Trump 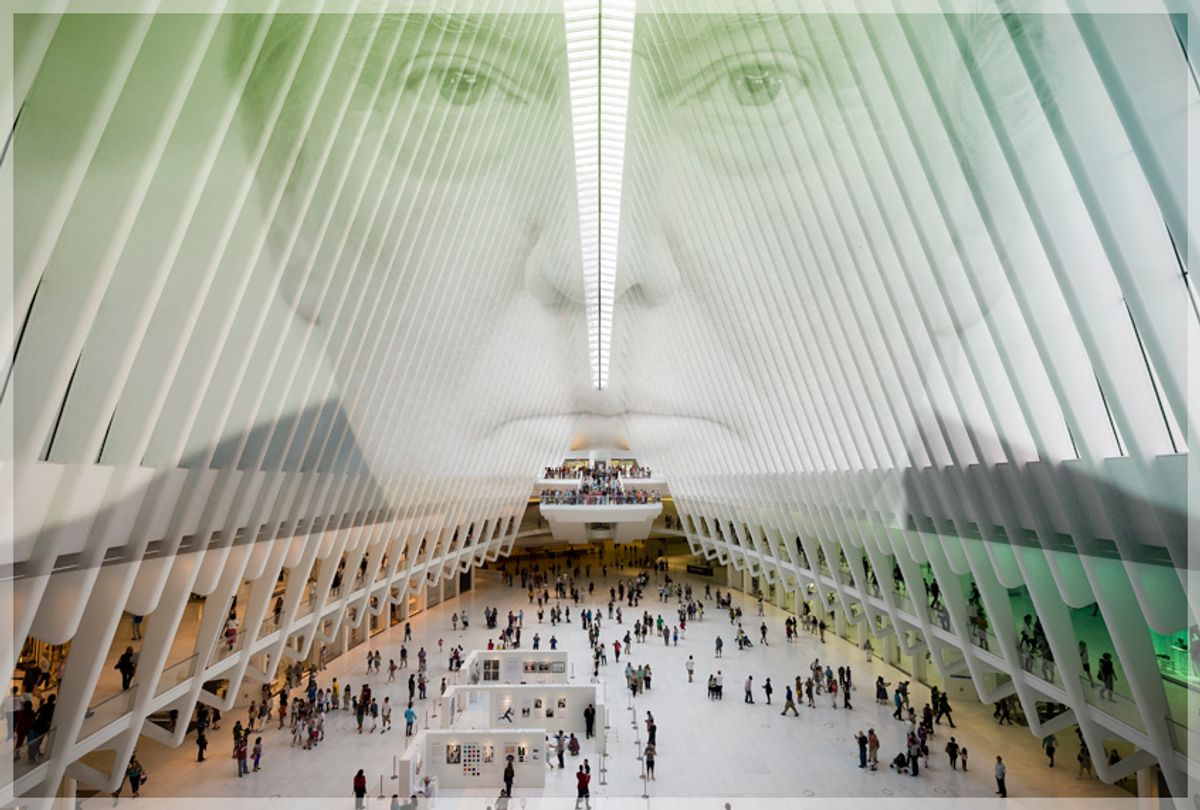 Just when we thought the media’s hysteria and hand-wringing over Trump occupying the White House had reached its climax, his latest antics and disclosures of past wrongdoing took it all to a higher level.

It is a cycle that feeds itself. A cascading moral outrage from our intelligentsia can devolve into a kind of sputtering. "He’s a stain on the White House," "he’s a threat to our national security," "he’s an embarrassment to our nation," are all common exhortations. "Treason, I say . . ."

READ MORE: Your job can make you a bad parent

No matter what Trump does -- separate thousands of children from their parents at the border only to brutally scramble them around the continental U.S., or toy with the idea of  surrendering American diplomats to Vladimir Putin -- his base endures.

And it really should not come as a shock. For the Donald Trump presidency is the logical trajectory for a nation that itself has been awash in self-flattery, with much of our population willing to ignore past transgressions as unnecessary self-doubt over things for which they fervently believe America owes no apology.

The id of Trump, as memorialized  by the British Trump Baby Blimp, wants what it wants and should not have to take anyone or anything else into consideration. There is no past, only now.

When you consider the birthing of our nation, soaked in the blood of Native Americans and built upon the sweat and sorrow of Africans we enslaved, Trump is the prince perfect of our shadow-self who now has permission to roam the earth as our ambassador.

READ MORE: What neoliberals don't get about Trump

This American proclivity for ignoring the ignoble, the vengeful, cruel  and corrupt that’s woven into our national character, along with the good stuff, endures to this day. We airbrush all of our history and wonder why we just can’t seem to master our destiny.

This was brought home to me on my daily commute recently from Hoboken into the World Trade Center. Most days I pass through the tourist-packed space in my worker drone state. At what was Ground Zero, the site where 2,606 people perished, but is now a transit hub that is home to luxury retail stores.

On this particular day I was with a commuting buddy who is an architect. As we came to  the center of the massive atrium called the Oculus, designed by Santiago Calatrava, I asked my architect friend for his assessment of the setting. “You mean this $4 billion boondoggle? This design is empty. It is just a shrine to shopping,” he said.

And it occurred to me that he was right. This vacuous post-9/11 public work reflected the actual state of the soul of our nation, big and empty with enough room for the Trump Baby Blimp to easily float unfettered skyward.

There’s no hint that our American reaction to what happened here on 9/11 sent out concentric circles of death and destruction that destabilized several nations and set off the worst refugee crisis since World War II.

In March 2015 Physicians for Social Responsibility released a detailed study of 10 years of civilian casualties from our War on Terror and reported that 1 million had been killed in Iraq, 220,000 in Afghanistan, and 80,000 in Pakistan. And those numbers don’t include the subsequent slaughter that’s playing out in Syria and Yemen or calculate the lost opportunity cost to a generation of children whose entire lives have been lived in the margins of armed conflict and displacement.

And so for all these years since 9/11 our Congress has been, with just a few exceptions, on auto-pilot, passing one massive military spending bill after another, not taking notice that we were funding “tens of thousands of ghost soldiers” in Afghanistan according to the Office of the Special Inspector General for Afghanistan.

Now, as the media demands that the Congress and Senate stand up to Donald Trump, they fail to grasp that these august bodies have just atrophied. Other than raising campaign money to hold on to their perch of privilege, they have lost track of which countries Americans are fighting and dying in. War Powers indeed.

When four American soldiers were killed in an ambush in Niger last year, U.S. Senators confessed their ignorance about that deployment. “I didn’t know there were 1,000 U.S. troops in Niger,” Sen. Lindsey Graham told NBC’s Chuck Todd. Graham went on to say the military had to be more forthcoming with Congress “because this is an endless war without boundaries with no limitation on time or geography.”

No, Trump did not usher in the need for moral outrage directed at our national government. For as we have prosecuted this war on terror the planet has been getting warmer and warmer as the chance to address global climate change slips further away every day.

While some commentators try to link our current period of beltway tumult to Watergate and that period of  great social upheaval when masses went into the streets, this is not 1968. This mass polity is just all punched out, too busy leading their own lives or struggling week to week to just get by.

Yes, Alexandria Ocasio-Cortez’s victory over Congresman Joe Crowley’s machine was a great people’s victory, but sadly just a tiny fraction of the people turned out. Roughly, just 13 percent of the 214,750 registered Democrats bothered to vote.

While we get all twisted over Russian interference in 2016, it's important to keep in mind just how miserable American voter turnout has been. According to a recent Pew Research Center study, 56 percent of voting-age Americans bothered to turn out in 2016. That ranks us 26th down the list of the 32 nations that make up the Organization for Economic Cooperation and Development.

In their abdication of their franchise these Americans actually helped hand over the powerful levers of America’s executive branch to a narrow band of right wingers who hunger for the cult of personality and authoritarianism that Trump exudes.

Trump’s Reign of Error was made possible in part by this huge swath of our MIA electorate in a contest where tens of thousands of votes made all the difference. So, efforts to cast Americans in 2016 as merely hapless victims of the Putin/Trump axis of evil fails to hold Americans accountable for their own feckless disengagement.