Abbey Road with a wheelchair: In London, disability accessibility isn't an afterthought

From the Cure's 40th anniversary concert to black cabs, navigating London as a music fan was smoother than the US 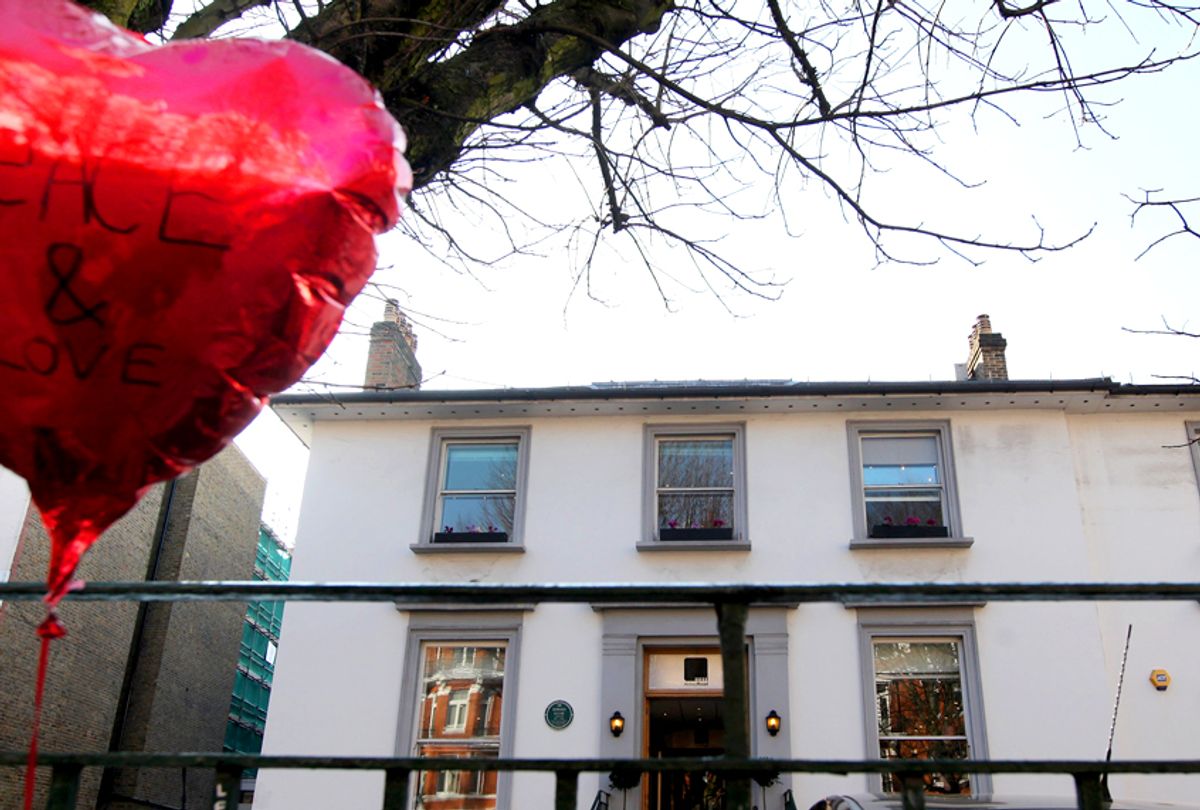 One of the many topics dominating the news cycle as of late is the practice of municipalities and companies removing or downright banning plastic straws. Increasingly, however, the discussion has turned toward the ableist overtones of the movement and the many ways plastic straws are vital survival tools for those with certain disabilities. In many circles, this conversation is contentious.

"Mentioning the effect that banning straws might have on disabled people has become a dangerous proposition," s.e. smith wrote in an article for Bitch. "On social media, the anti-straw brigade lectures about alternatives disabled people are already aware of or shames disabled people for needing to drink. 'Quit harming the environment because you can’t take care of your own needs,' said one helpful commenter."

How disability accommodations affect everyday life was on my mind when I recently traveled to London to see the Cure's 40th anniversary concert at Hyde Park. I rented a wheelchair for the duration of the trip, to deal with long distances and fatigue. And I went to the concert strictly as a fan, not a working journalist, which means I bought tickets months in advance, specifically for the wheelchair viewing platform.

To my surprise, the companion seat for my husband was free, meaning we effectively bought two tickets for the price of one. (For comparison's sake, in the U.S., both wheelchair and companion tickets at concerts are generally full price.) When we reached Hyde Park, a map emailed in advance directed us to an accessible, private and paved entrance. By festival request, I (and everyone else who had bought the special tickets) had sent in information about disabilities in advance, which means entering was a breeze.

The day was a scorcher, so much so that a worker even came around and offered up sunscreen. But the raised wheelchair platform came with an unobstructed view of the stage and dedicated bathrooms. The sound was even good for all bands, an added bonus.

Things weren't entirely perfect. Stretching my legs and walking to the restrooms involved a stroll over occasionally uneven temporary surfaces, and leaving the concert involved dodging people and grass strewn with trash. However, these are strictly minor quibbles: The show and overall experience was idyllic and markedly better than my times at many U.S. music festivals.

In large part that's because it was clear this area and platform was for people with disabilities — not high-rolling VIP ticket-holders (a common encroachment in these sections) or drunk people wandering in to get a better view. The idea that organizations should allocate and protect resources for people who need them shouldn't be radical — but as the straw ban arguments have shown, this mindset is surprisingly cutting-edge.

READ MORE: "It's a stoner record for non-stoners": Kim Gordon and Bill Nace break down Body/Head's "The Switch"

Yet the idea of integrating accessibility into everyday life cropped up throughout our trip. When we decided to see Jim Steinman's gloriously over-the-top "Bat Out of Hell The Musical" in the West End, a theater worker greeted us in the lobby as soon as we walked in. She assisted with getting us tickets — like the Cure show, a companion seat was free — navigating to our seats and restrooms and storing the wheelchair during the show. Perhaps more important, I didn't feel like a burden or condescended to in any way. The entire experience was mundane and commonplace — an all-too-rare occurrence when navigating through the world with a disability.

At another point, when we entered a pub, a bartender let me know (unprompted) that there was an accessible restroom I'd be able to use. Abbey Road Studios' store, opened in 2015, also had an accessible entrance next to a pathway wall painted with interesting nuggets of studio history. In other words, the entrance wasn't some tacked-on afterthought, like many no-step entrances tend to be, but part of the experience.

Above all, I was shocked to discover that London's black cabs were all designed to be wheelchair-accessible, with built-in fold-up ramps and signs on the back of seats that touted accessibility features. When we expressed surprise to one driver, he told us that they receive years of training. Considering that Uber, Lyft and Via sued the New York City Taxi & Limousine Commission earlier this year over a new law requiring a certain percentage of trips take place in wheelchair-accessible vehicles by 2023, the commitment to being inclusive to all riders was eye-opening.

Seeing as it's an old city, London wasn't perfect, of course. Plenty of restaurants, shops and bars had a stair at the entrance. We experienced plenty of curb cuts on only one side of a crosswalk and Tube stations with massive staircases and no elevators. But it was obvious how much Londoners cared about accessibility and inclusivity — and also cared about refining processes and doing better when they had fallen short, in order to make buildings and events accessible to more people.

All of this isn't to say Americans don't care about accessibility — or improving accessibility and inclusivity. As Rachel Hoge recently wrote in a Huffington Post article outlining the progress made by disability activists and advocates, "This year, people with disabilities have finally gained the authority and deference to speak on social and environmental issues that directly affect their health, and the able-bodied community listened."

These positive developments are long overdue. But even still, in the U.S. there's often an underlying culture of suspicion around disability — and, more specifically, the intentions of people with disabilities. Whether (or why) people need accommodations or assistance is questioned. Rather than accepting at face value that people might require extra support, many American systems demand rigorous proof of need before extending a hand.

This isn't true all the time, of course — in fact, when I had to come up with proof of my own disability for Hyde Park, it was difficult, since I don't have any kind of official paperwork that "proves" my disability, as disclosing it isn't something I regularly do. But talk to nearly any person with a disability and/or disability advocates, and they'll have a story about having to fight for needed assistance or accommodations.

It's exhausting and demeaning, for starters. But it's also pernicious, especially when you consider the spate of recent legislation undermining the civil rights of those with disabilities. In February, the House passed a bill proposing changes to the protections-granting Americans With Disabilities Act (ADA) that would make it more difficult to get needed accommodations. The cover is that the bill is supposedly needed to stop people from filing excessive ADA-related lawsuits, even though this isn't actually a pervasive problem: A May 2017 Rewire op-ed noted that "an analysis of ADA lawsuits in 2016 identified just 12 individuals and one organization that have filed more than 100 lawsuits each."

Earlier this year, Congress passed legislation that requires personal caregiver providers to check in electronically, supposedly to combat Medicaid fraud. Instead, some pointed out that such requirements pose privacy concerns for those with disabilities. Then there are new airline rules that make flying burdensome to those with service animals, and other politicians wanting to tie Medicaid benefits to job requirements.

The final shape of several of these bills — some of which have robust bipartisan support — is still being hammered out. But it doesn't change that their very existence represents deep misunderstanding of the accommodations that help those with disabilities. And cracking down on perceived abuse, rather than bolstering existing support systems, breeds mistrust that spreads misunderstanding and misconceptions like a toxic virus.

What's frustrating is that helping people doesn't have to be strictly regulated. At the Baker Street Tube station, we disembarked and faced a massive up escalator — a problem not because of my disability but because I'm extremely afraid of heights. Suddenly, a Tube employee named Tyger appeared and asked if he could help. As my saintly husband hauled the wheelchair up stairs, Tyger escorted me (safely) up the escalator and stayed near me as we trekked up the (many flights of) stairs.

Obviously, we were tourists who looked hot, sweaty and a little lost. But his gesture of assistance didn't come with strings attached; he noticed we might need help, engaged us in conversation and helped us get to the street safely. I left the Tube station feeling rejuvenated and grateful for his unexpected kindness. It felt like a revolutionary act.