"Buckle up!": Rachel Maddow predicts Trump's "volatile and erratic" behavior will only get worse

"I think it is reasonable to expect things will probably get weirder before they settle down," Maddow says 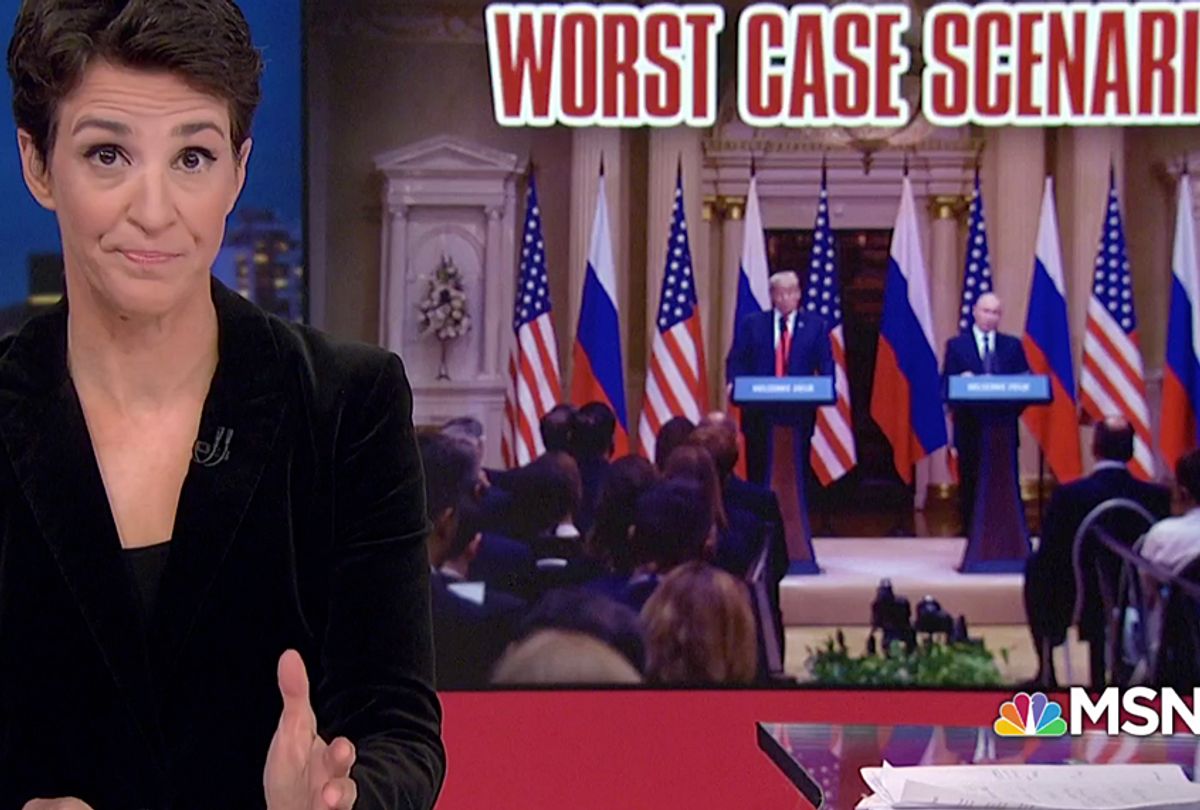 President Donald Trump's twitter feed has been even more active than usual in recent days, culminating in a "fire and fury"-style post lambasting Iran in all caps for a few throwaway remarks President Hassan Rouhani made during a recent speech.

Over the weekend, he also attacked President Barack Obama, Amazon, the Washington Post, FISA judges – you name it.

In part, he was responding to a recently released and redacted warrant for government spying on former Trump campaign aide Carter Page. Even though the warrant itself disproved nearly every ludicrous conspiracy Trump and his allies have conjured up about the investigation of the campaign, the president claimed the newly released document vindicated him.

"One week ago today, the president had his summit with Russian President Vladimir Putin," said Maddow. "Since then his public statements and his public behavior have been volatile and erratic, even for him. As we watch these legal cases continue to unfold over the course of the next few days, I think it is reasonable to expect things will probably get weirder before they settle down, if they ever do settle down. Buckle up!"