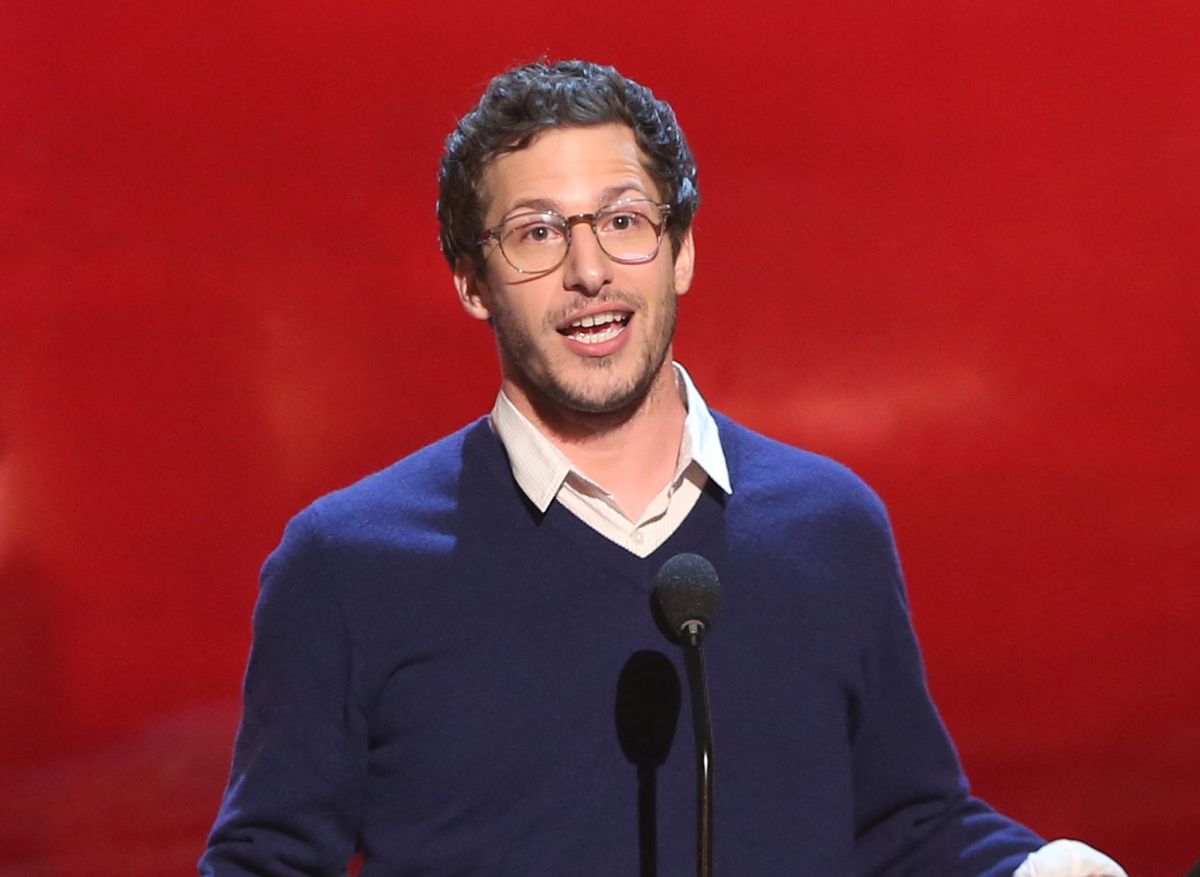 FILE - This June 7, 2014 file photo shows Andy Samberg at the Guys Choice Awards at Sony Pictures Studios in Culver City, Calif. Samberg wants ousted Saturday Night Live cast members to know there is life after the comedy show. Noël Wells and John Milhiser and Books Wheelan have all been let go from the sketch comedy series. Talking to journalists Wednesday , July 16, at a set visit for his sitcom Brooklyn Nine-Nine, Samberg said, If you were hired... theres something good going on with you so whether or not the timings right doesnt mean youre not gonna go on to great things. (Photo by Paul A. Hebert/Invision/AP, File) (Paul A. Hebert/invision/ap)
--

“Brooklyn Nine-Nine” has always been built with positive energy, a diverse cast, and progressive ideas. Storylines in the Emmy- and Golden Globe-winning sitcom have tackled important topics like police profiling and bisexual representation with nuance, honesty, and — above all else — a caring heart.

These adjectives may not come to mind when watching Fox News, a division of 21st Century Fox, which is the same corporation that used to distribute “Brooklyn Nine-Nine” via its Fox television network. Now that the series has moved to NBC for Season 6, one inquisitive fan dared to ask how the cast and crew felt about their former parent company during the series’ Comic-Con panel Thursday night.

“All I know about it is there are different factions of Fox,” Andy Samberg said. “The people we dealt with there really loved and supported our show. I don’t know what they’d say publicly about the Fox News wing.”

After joking about Fox News focus on “truth” — “They’re not afraid to say the true stuff, so in that regard it was hard for us. We couldn’t deal with the truth.” — Samberg, who also produces the series, gave the fan a sincere answer.

“I think it was a good moment for us to switch,” he said.

“Dan is not only a brilliant writer, but a person who believes in equality and inclusivity, and that shows in his writers’ room,” Beatriz said. “He was interested in exploring the idea that Rosa might be queer, […] but he asked me what I thought about it. […] He wanted a bisexual voice in the writers’ room, [and] it just so happens the person they wanted to play bi was also bi.”

“I was really glad to have a voice in this and, at least for me, it really reflected what’s happening in my own life,” she added.

Goor said it was “crazy” that Rosa’s story was “the first that happened on a network show,” citing problematic exclusions like when a bisexual character would either be an antagonist or be killed off shortly after coming out.

As for her onscreen girlfriend played by “Jane the Virgin” star Gina Rodriguez — who the cast said canceled her vacation in order to appear in Season 5 — Goor said he’s “hopeful” she’ll be back for Season 6.

The cast and crew were relatively quiet about what’s in store for the first season on NBC, but Goor said the writers’ room is working now.

“We are five weeks into pre-production,” he said. “We have a bunch of scripts and some really good stories. Guys, spoiler alert: I think this season is going to be really good.”

Goor also said Season 6 would finally confirm whether Scully’s oft-alluded to “Kelly” is his wife or his dog.

“I think people are going to be very excited about the first few episodes,” Goor said. “There’s a fun Hitchcock/Scully episode coming up, and you might see them in their past at some point.”

After being canceled by Fox with two episodes remaining in Season 5, the comedy was quickly snatched up by NBC; it’s produced by NBCUniversal’s Universal TV, so the network was already looking to revive the series before fan outrage made “Brooklyn 99” a trending topic.

No premiere date has been set for Season 6, but NBC Entertainment Chairman Bob Greenblatt announced in May the new episodes would get a midseason debut.

Read More:‘Brooklyn Nine-Nine’ Cast and Crew Supported Stephanie Beatriz When She Shut Down Sexism On Set