As New York looks into whether the Trump Foundation broke the law, criminal charges remain unlikely 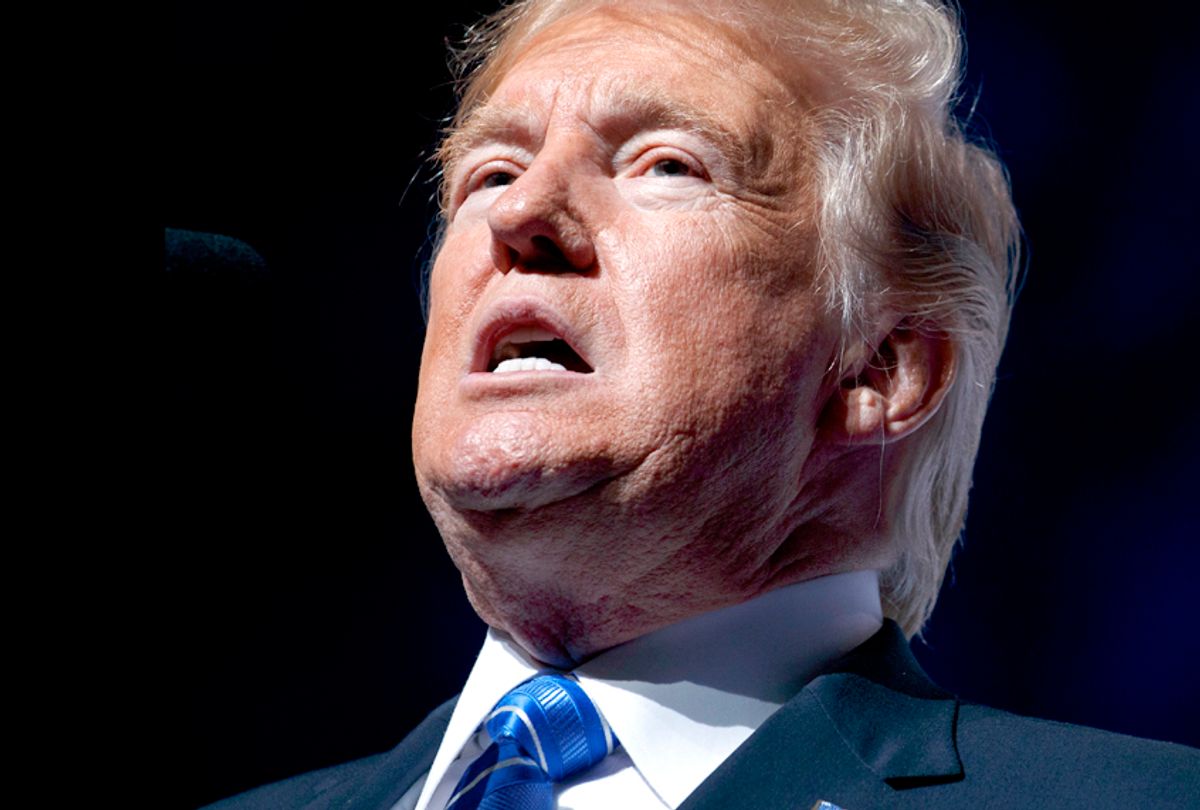 New York authorities have opened an investigation into the Donald J. Trump Foundation to determine whether the president or his charity broke state tax laws.

The state tax probe is just the latest example of the legal trouble the president’s foundation faces. In addition, New York Attorney General Barbara Underwood is suing the foundation for allegedly violating state laws governing charities. And she has alerted the IRS and the Federal Election Commission about the foundation’s possible federal tax and campaign law violations.

As a scholar of federal and state tax law, I believe that these allegations raise serious concerns about Trump’s management of the charity that bears his name. I think it is unlikely, however, that the New York state investigation into the Trump Foundation will lead to any criminal charges.

A civil lawsuit and a potential criminal probe

Underwood’s lawsuit is a civil action, not a criminal proceeding. She is asking a state court to dissolve the foundation, to order the president to pay US$2.8 million in restitution plus additional penalties and to temporarily prohibit Trump and his three oldest children from serving on the board of any nonprofit based in the state.

That case, in my view, is strong. Underwood’s petition details several apparent violations of federal and state law by the foundation dating back to 2007. Among the most flagrant of these is a $25,000 contribution that the foundation made in 2013 to the re-election campaign of Florida Attorney General Pam Bondi. Not only does that run afoul of laws barring foundations from contributing to political campaigns, but the Trump Foundation now admits that it misreported the gift in federal and state tax filings.

The Trump Foundation’s allegedly illegal actions have led to some speculation that the president or others associated with his charity could face criminal charges. But not all tax law violations rise to the level of a crime. New York law imposes criminal consequences for only a few tax-related offenses – most notably, tax fraud.

Under New York law, criminal tax fraud occurs when a person “knowingly” submits “materially false or fraudulent information” in connection with a tax return. To hold someone criminally liable, the prosecution must prove that the person acted “willfully” – which means with “intent to defraud” or to avoid “a known legal duty.” Criminal tax fraud is, at a minimum, a class A misdemeanor, punishable by up to one year in jail.

Before bringing criminal tax fraud charges, the attorney general would need a criminal referral from either the governor or the state’s top tax official. New York Gov. Andrew Cuomo’s office says his administration is willing to provide a referral. But there are several more hurdles that state authorities would have to overcome before they would have a plausible criminal case.

The first barrier is New York’s statute of limitations. Prosecution for misdemeanor tax fraud must begin within three years of the crime’s commission. That would rule out most of the actions outlined in Underwood’s lawsuit.

Prosecutors, however, can look back five years in cases of felony tax fraud. That could potentially make charges related to the Trump Foundation’s misreporting of the Bondi gift fair game. But for tax fraud to be a felony rather than a misdemeanor, it must result in an underpayment to the state of more than $3,000. The Bondi incident probably falls below that threshold.

A second challenge is showing that foundation officials or Trump family members acted “willfully.” For example, Underwood’s petition alleges that the Trump Foundation made false statements in a 2016 filing when it said that an Iowa fundraiser was a foundation event rather than a presidential campaign stop. But even if the foundation mischaracterized the event in its filing, the foundation’s statements fall short of the out-and-out lie that would typically support criminal tax fraud charges.

For now, Underwood’s office says it still is “evaluating the evidence” to determine whether a criminal prosecution related to the Trump Foundation might be warranted.

In the meantime, she will proceed with the civil lawsuit. The judge in that case has urged both sides to settle the claims against Donald Trump Jr., Ivanka Trump and Eric Trump, and has scheduled an October court date for the claims against the president and his charity.

Nonetheless, in my view, any effort by New York state to prosecute the Trump Foundation, the president or his relatives for criminal tax fraud would encounter significant and likely insurmountable legal obstacles.

A better path to public disclosure

And given the significant obstacles standing in the way of a criminal prosecution of the Trump Foundation or the Trumps, I think it is unlikely that the state’s ongoing probe will result in the president’s tax returns becoming public. Even if the state attorney general does move forward with charges, it is far from clear that the president’s personal tax returns would be released as part of a prosecution focused on his foundation.

Half of New York state’s Assembly members have signed on as co-sponsors to a bill that would lead to the release of the president’s state tax returns. Similar legislation is pending in the state Senate, yet leaders in both chambers have not scheduled any votes so far.