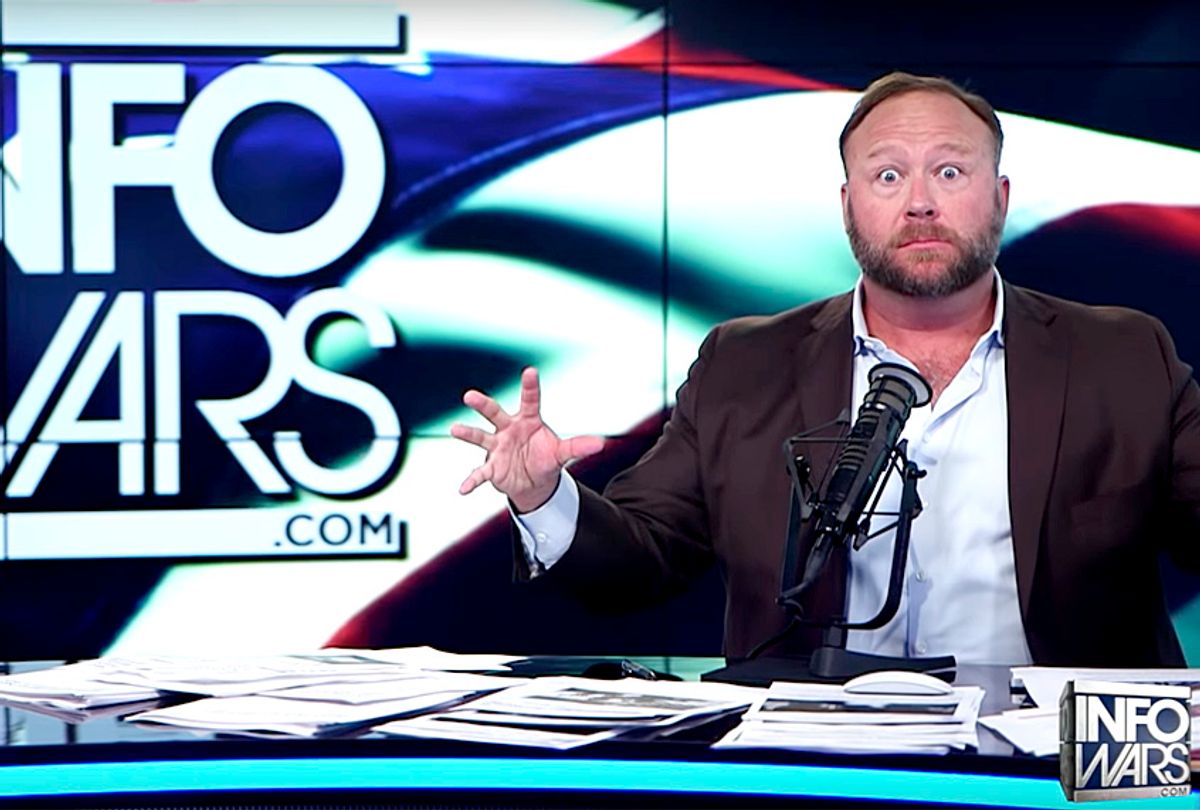 Facebook has suspended the personal account of Alex Jones, the peddler of conspiracy theories who founded of the far-right website InfoWars, saying the conservative media personality had violated its policies against bullying and hate speech.

Jones' profile will remain published, although he will be unable to post content for the duration of his 30-day suspension, which does not extend to the InfoWars brand account.

"Our community standards make it clear that we prohibit content that encourages physical harm [bullying], or attacks someone based on their religious affiliation or gender identity [hate speech]," a Facebook spokesperson told The Guardian. "We remove content that violates our standards as soon as we’re aware of it. In this case, we received reports related to four different videos on the pages that InfoWars and Alex Jones maintain on Facebook. We reviewed the content against our community standards and determined that it violates. All four videos have been removed from Facebook."

Th news comes after YouTube removed four InfoWars videos Wednesday for similarly violating its community guidelines, meaning Jones is two strikes away from being banned from the video-sharing site where it distributes its content to its 2.4 million subscribers.

Two of the videos in question promoted anti-Muslim content, including Jones claiming that Muslims were taking control of European countries, according to reports from multiple outlets.

"Another was flagged for anti-transgender content, in which Jones appeared to threaten transgender people," NBC News reported. "The fourth showed an adult man and a young boy engaged in a physical altercation under the title 'How to Prevent Liberalism.'"

Jones claimed that the videos were removed from YouTube, because they were "critical of liberalism." He then asked his followers on Facebook to watch the videos and decide for themselves.

Jones' suspension from Facebook arrives after questions about its handling of InfoWars seemingly overshadowed the company's presentation Wednesday at the annual Television Critics Association event in California. According to Deadline, executives attempted to dodge questions about the topic.

Jones and his website have a long history of spreading hateful videos and misinformation, including depicting Parkland school shooting survivors as actors, claiming the Sandy Hook massacre never happened and accusing special counsel Robert Mueller of being a pedophile.

Facebook Vice President of product Fidji Simo responded to the criticism. "I find Infowars absolutely atrocious," he said, according to Variety. "That being said, we have the hard job of trying to find a sense of balance between freedom of expression and safety."

Arguing that just because something is categorized as "false news" does not mean it violates the platform's community standards, the response was similar to comments Facebook executives made a few weeks back. In a recent interview with ReCode’s Kara Swisher, Facebook CEO Mark Zuckerberg said that, even though he found Holocaust denialism “deeply offensive," he thought “at the end of the day, I don't believe that our platform should take that down.”

Thursday, the social media giant's shares plummeted by nearly 20 percent, eliminating nearly $120 billion in market value. It was the largest single-day loss in the history of the U.S. stock market.

"We're investing so much in security that it will significantly impact our profitability," Zuckerberg wrote Wednesday on Facebook.

And, it turned out, that Facebook would not be alone.
"Cracking down on hate, abuse and online trolls is also hurting Twitter's shares," according to ABC News, citing a more than 14 percent reduction in share value as the stock market opened on Friday. "The company's stock plunged Friday morning after it reported a decline in its monthly users and warned that the number could fall further in the coming months."
The stock downturns for both Facebook and Twitter signal the start of an era in which many tech companies and social media platforms are reckoning with the responsibilities and consequences of the internet.

Who is Alex Jones?