A brief history of ketchup

Heinz is why ketchup seemed to become distinctly American 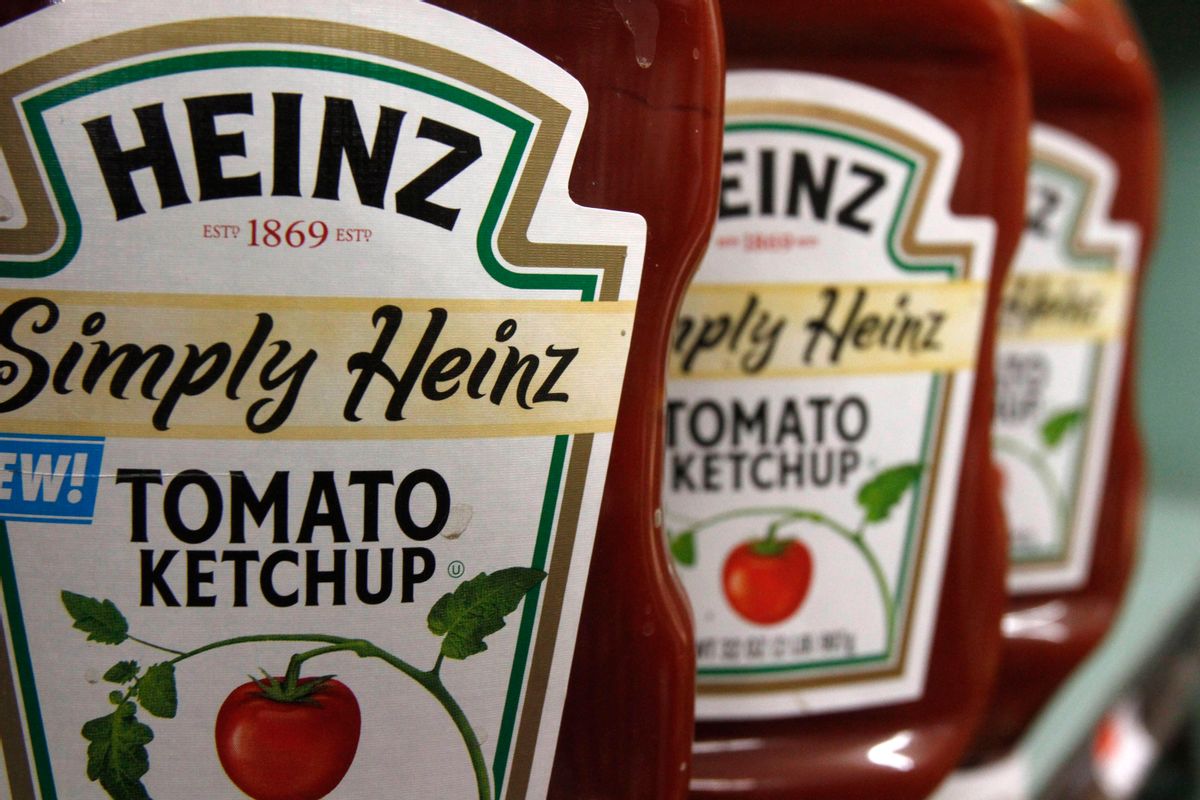 Trade wars have an interesting way of revealing cultural stereotypes.

Countries often propose tariffs not on the most valuable items in their trading relationships —food  since that would be painful to them as well — but rather products iconic of national character. A good example of this came in the European Union’s retaliation against U.S. steel tariffs. Among the US$3.3 billion in goods it slapped a tariff on in May were Harley-Davidson motorcycles, Kentucky bourbon and Levi’s jeans.

Now, American ketchup is being targeted, both by the EU and Canada. The United States’ northern neighbor imposed a 10 percent tariff on the product in July, while the EU has suggested it would be a part of the next round of retaliatory tariffs, which could go into effect within weeks.

The EU’s threat is mostly symbolic because it is already a significant producer of ketchup — including by American brands like H.J. Heinz – and imports very little of the tomato condiment from the U.S. Canada, however, as recently as 2016 imported more than half of all the ketchup American companies send abroad.

In either case, at least part of the reasoning behind using it as a weapon in the growing trade war seems to be that ketchup, also spelled catsup, is one of those products that sounds distinctly American, poured generously on burgers and fries at baseball parks and Fourth of July barbecues across the U.S.

But in fact, the irony is that this ubiquitous condiment is anything but American in its origins or in those nationalities that love it the most. As a historian of food, I see it as a truly a global product, its origins shaped by centuries of trade. And different cultures have adopted a wide variety of surprising uses for the condiment we know as ketchup today.

Although ketchup is defined by Merriam-Webster as a “seasoned pureed condiment usually made from tomatoes,” in the past it has been concocted from a wide variety of ingredients.

China — another country with which the U.S. is in the middle of a serious trade spat — was likely the original source of the condiment with something that sounded like “ke-chiap.” It likely originated as a fish-based sauce many centuries ago, a condiment akin to the many fermented sauces one finds throughout southeast Asia. It was primarily used as a seasoning for cooking.

From there it made its way to the Malay Peninsula and to Singapore, where British colonists first encountered what locals called “kecap” in the 18th century. Like soy sauce, it was deemed exotic and perked up what was a comparatively bland British cuisine, such as roasts and fried foods.

English cookbooks of the era reveal how it was soon transformed into a condiment made with other bases such as mushrooms or pickled walnuts, rather than only fish. E. Smith’s “Compleat Housewife” includes an anchovy-based “katchup” with wine and spices, more akin to Worcestershire sauce than what we think of as ketchup.

A more significant transformation took place in the early 19th century in the U.S. when it was made with tomatoes, sweetened, soured with vinegar and spiced with cloves, allspice, nutmeg and ginger – pretty much the modern-day recipe.

The first published recipe for tomato ketchup was written in 1812 by Philadelphia scientist and horticulturalist James Mease in his “Archives of Useful Knowledge, vol. 2.”

Heinz, the American company perhaps most associated with ketchup, didn’t get into the game until 1876, seven years after Henry John Heinz set up the company to sell horseradish using his mother’s recipe. After his initial company went bankrupt, he launched a new one and began bottling tomato “ketchup,” spelled that way to distinguish it from other catsup brands.

From here, ketchup took on a uniquely American character and began its career as not only a universal condiment but a mass-produced brand-name article of trade that could last indefinitely on the shelf, be shipped around the world and used in ways never imagined by its creators.

Like so many other products, it became emblematic of American culture: quick, easy, convenient and too sweet but also adaptable to any gastronomic context — and a bit addictive. Ketchup became the quick fix that seemed to make any dish perk up instantly, from meatballs to scrambled eggs.

In a sense, it also became a “mother sauce,” meaning that one can concoct other sauces with ketchup as the base. Barbecue sauce usually uses ketchup, as does cocktail sauce for shrimp, with the addition of horseradish. Think also of Russian dressing or Thousand Island. Or consider various recipes that are often ketchup laden, like meatloaf and chili.

How the world consumes ketchup

While ketchup is indeed an American staple — 97 percent of households have a bottle on hand — it’s very popular around the world, where the condiment is used in a lot of surprising ways.

Although practically sacrilegious in Italy, ketchup is often squirted on pizza in places as far flung as Trinidad, Lebanon and Poland. Similarly, ketchup is even used as a substitute for tomato sauce in pasta dishes in countries such as in Japan, which created a catsup-based dish called spaghetti Napolitan.

In the Philippines there’s a popular banana ketchup that was invented when tomatoes ran short during World War II but otherwise looks and tastes like tomato ketchup. In Germany the local favorite is a curry powder-spiked ketchup that goes on sausages sold by street vendors everywhere.

Without doubt the most intriguing recipe comes from Canada, where people enjoy ketchup cake, a sweet red frosted layer cake that is much better than it sounds.

The modern variety of ketchup even returned home to China to become the base of many Chinese or perhaps more properly Chinese-American dishes like sweet and sour chicken. Ketchup is sometimes a stand in for tamarind in pad thai.

But the best recipe comes from my father who once told me that during the Great Depression people without money would ask for a cup of hot water to which they would add some free ketchup and have a meal of tomato soup.

Heinz is among the biggest producers, with a market share of 80 percent in Europe — via factories in the U.K., Netherlands and elsewhere — and 60 percent in the U.S.

Put together, however, Europe actually exports the most ketchup, with 60 percent of the global trade — including countries not in the EU.

What does all this mean for the tariffs? Since the EU produces plenty of ketchup within the bloc, its proposed tariff will probably have very little impact. For Canada, however, the effects could be more complicated since it’s unclear whether it can supply enough ketchup domestically or from other countries to meet high demand.

Whether Canadians will find an alternative for Heinz remains to be seen. But what is clear is that while the signature bottle proudly bearing the number 57 may be quintessentially American, its roots are global and its progeny likewise.

Ken Albala, Professor of History, University of the Pacific