Upon learning the culprits for her husband’s type 2 diabetes, Deepa set out to reinvent her native cuisine 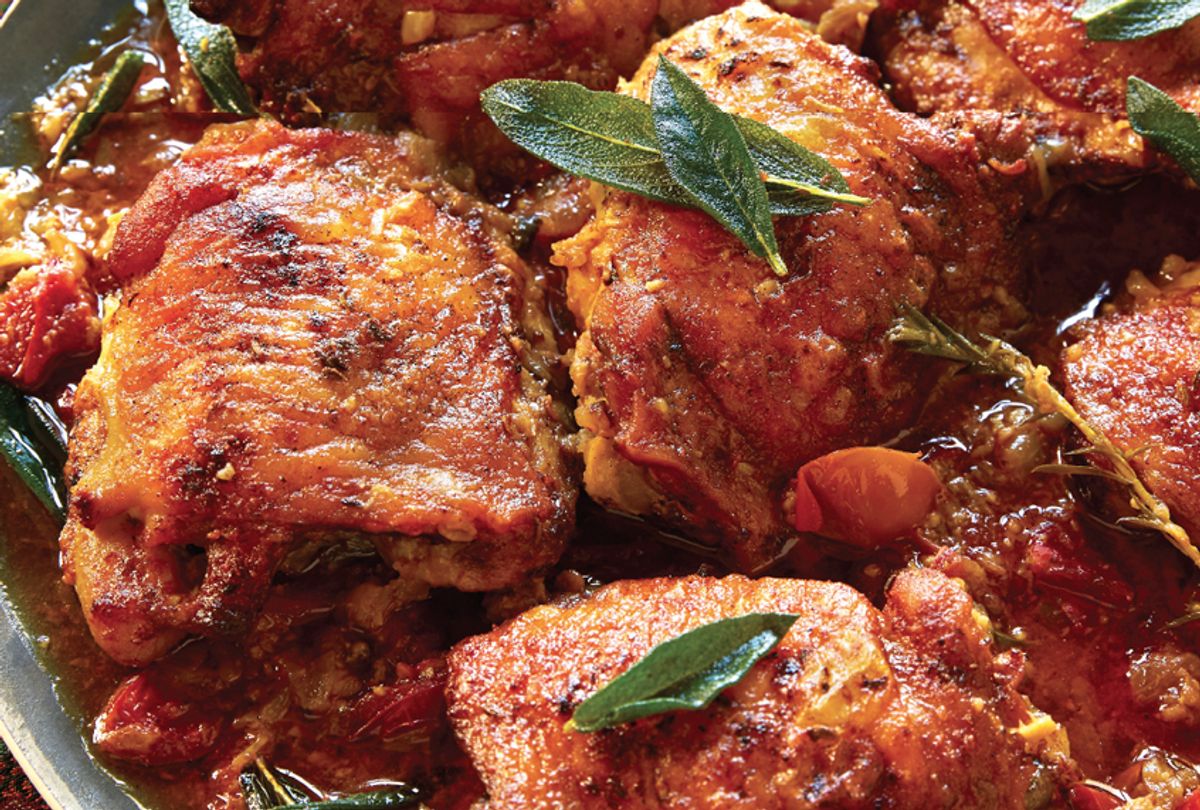 Deepa Thomas, a graduate of New Delhi University with dual degrees in journalism and political science and the founder of Deepa’s Textiles. She lives with her husband, not far from her two sons, in the Nob Hill section of San Francisco. Upon learning that rice and bread were the culprits for her husband’s type 2 diabetes, Deepa set out to reinvent her native cuisine and freed her husband from his twice-daily insulin shots after six months of research and experimentation. This experimentation metastasized into her cookbook / memoir, Deepa’s Secrets, for which she won a James Beard award. Deepa is donating all her royalties to FoodCorps, a nonprofit that connects children in American schools with healthy food and healthy food habits.

Three years after I moved to the United States, Thampy and I went “home” for my brother Tomji’s wedding. The wedding itself was in Coonoor, tea-estate country in Tamilnadu, in the southeast of India. Then, after the wedding, I flew to Kerala, to Trivandrum, where my parents had built their retirement home. 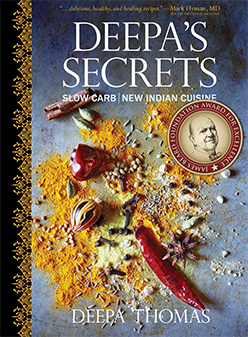 While Coonoor and Trivandrum are both about 1,500 miles away from New Delhi, where I grew up (technically what you’d call “home”), I learned in this journey that “home” is where the heart is.

Thampy didn’t make the southern leg of the trip. He’d gone back to Stanford, where he was mired in work. I had taken myself to the beach at Cape Comorin, the very southernmost tip of the southernmost state, where three oceans were washing over my bare feet. (100 rupees if you can name them!) The sun was setting, the beach glowed raspberry-orange, and my Kurta billowed out over my leggings.

A fisherman caught my eye, his brown skin wizened, like the rock behind him. I smiled and nodded, and was moved to share (as I often am in the face of strangers) the inner peace his waters brought me. My Malayalam (his language) failed to elicit the slightest expression, much less a verbal response, so I breezily segued into one of my wedding sound bites, again in Malayalam, about all the promise my new American life held. Again, the crags stayed frozen. I dared ask, “You are not interested in my story?”

Happy is such a Western word, cue butterflies and unicorns. My translation doesn’t do the old fisherman justice—at peace, content, or fulfilled? His simple sentences had ripped through my gauzy peace, and now with the sun below the water, I walked purposefully back to the parking lot. I would fix it.

Took me forty years—a lot of those years were happy—but this inner peace . . . some of it comes with the wizening, the age after which you’re less inclined to have to prove anything to anybody. A lot came from my kitchen, where I finally started paying attention to what was literally in front of me. Not where I was, or where I wanted to go—and this, in these electronics-driven times, is becoming increasingly difficult. (Our brain’s capacity to remain present, plugged into our surroundings and not our devices, is literally shrinking.)

Strangely enough, the more mindful I am about food, the less mind-space I give it—that’s right, what I give it, not what it takes. I am no longer distracted by dieting, battling food, controlling cravings, and blood sugar swings. It is incredibly freeing. Spoiler alert: conscious eating (and cooking) doesn’t fix everything. Sorry. But, it lets you look at some other stuff that could use your attention. Imagine, for a second, making peace with food, and that Western word, modified: happierness.

In both of my cultures, for as far back as we have records (think Paleo), meat, in some form, makes the dish “main.” Is it necessary? No. Is it good for you? Depends. What “we” (I mean “they,” the scientific and medical powers that be) know is that “fast” carbs are bad for you. It is difficult to isolate meat eating from other dietary and other lifestyle habits, such as exercise, smoking, overeating, etc. All other things being equal, the few comparative studies of Paleotarians and vegetarians show no added or decreased benefit to consuming meat. Let’s backpedal one word: by meat, they mean unprocessed, relatively good quality meat cooked at a low temperature (in the oven or on the stove, not grilled), and making up roughly 25 percent of what’s on your plate (they’ll let you include your salad plate, if it’s separate, but not dessert).

I’ve culled the best of my so-called “mains”—the ones that get the most guest requests. Get ready, the person/people with whom you share your table (the industrious ones, anyway) will ask for your recipes. When was the last time that happened with “diet food”? Thank the fisherman. I remember getting into the car that night and sighing, Upakaaram. Roughly translated, thank you, but word-for-word, it has been a great favor.

We used to call this “Don’t Fight with the Chicken” chicken. My restaurateur friend Ralph taught me to panfry chicken before roasting it in the oven. You have to let it sit on the heat a full 5 to 8 minutes. “Don’t fight with it, Deepa! It will release when it’s ready.” I quit fighting. Okay, I still make the occasional prod with my spatula, but Ralph’s right—leave it alone.

Make ahead: You can prepare the whole dish up to 24 hours ahead of time; just take care of your chicken skin. Make sure it’s not submerged, and re-crisp by broiling 30 seconds after reheating.