Move over, polar bears: Climate change has a new symbol 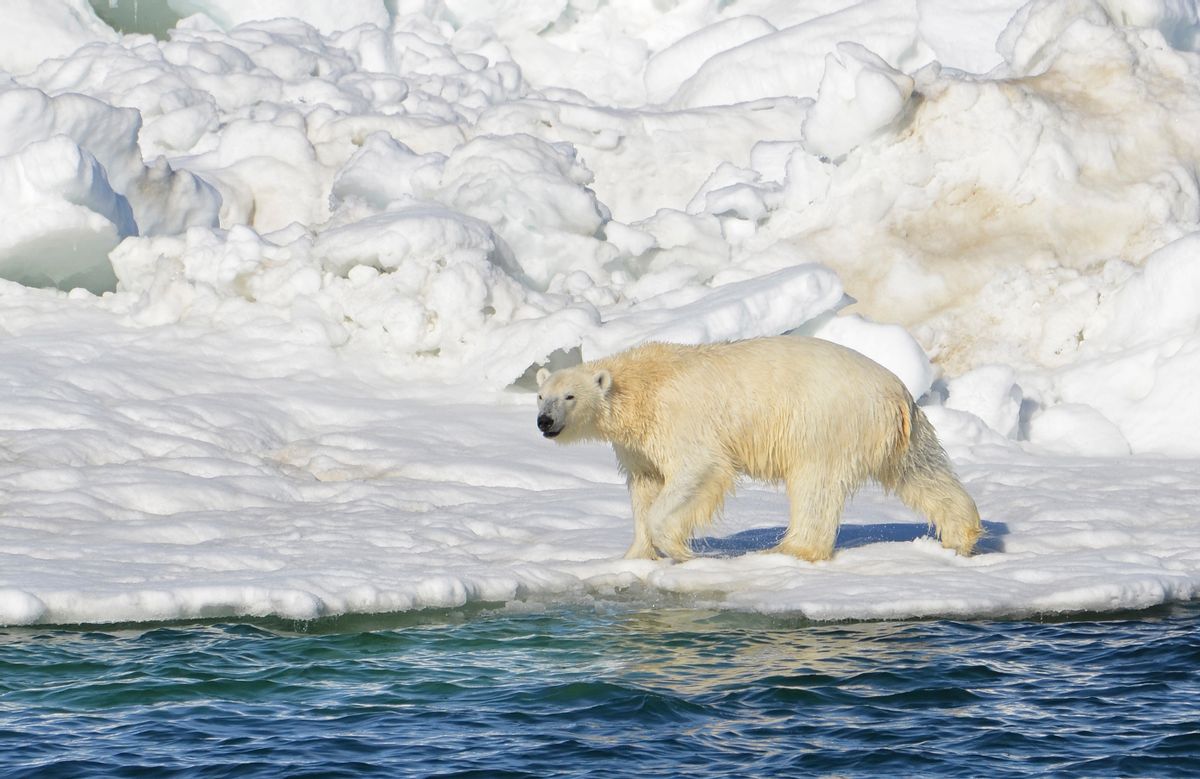 In this June 15, 2014 photo, a polar bear dries off after taking a swim in the Chukchi Sea in Alaska. (AP Photo/U.S. Geological Survey, Brian Battaile)
--

Climate change has a new symbol, and it’s not melting ice floes or charismatic megafauna. Last week, researchers at Yale University and the University of Westminster published an analysis showing that Americans increasingly connect climate change with real-life, actually-happening weather. And, given the crazy heat waves, wild hurricanes, and downright bizarre disasters 2018 has already brought us, people are probably thinking about climate change a lot more.

Researchers asked survey respondents what their knee-jerk, top of mind associations were with the phrases “climate change” and “global warming.” In 2003, when the survey began, many people pictured melting polar ice and glaciers.

That was all well and good, Anthony Leiserowitz, coauthor of the analysis and director of the Yale Program on Climate Change Communication, tells Grist. “But for all of the millions of Americans who have that image come to mind, none of them live on the shores of the Arctic Ocean, in Antarctica, or next to a glacier,” he says. “It reinforces the sense that this is far away.”

But that’s beginning to change. In the past decade, the analysis shows, the number of associations of climate change with weather has quadrupled. “It’s now one of the highest or most likely first associations that people have,” Leiserowitz says.

He attributes this change in part to the development of projects like Climate Matters, a program run by nonprofit Climate Central, which trains TV meteorologists to incorporate climate change data into their forecasts. The program landed in the news recently when a group of Republican senators — including notorious climate denier James Inhofe — called it a form of “propagandizing” and tried to get the National Science Foundation to defund it. Classic.

Denier complaints aside, research shows that the public trusts local TV personalities more than almost anyone when it comes to climate issues. And, with a quarter of the country’s meteorologists enrolled in the program, they’re getting the word out about rising temperatures — sometimes through weird fashion statements.

There’s still a long way to go. Major TV news broadcasts still barely ever bring up climate change, even when reporting on low-hanging fruit like heat waves and hurricanes. But scientists are also jumping into the fray.

A decade or two ago, most scientists would say that “no individual weather event can be attributed to climate change.” That’s still mostly true, but with a twist. The science of extreme weather attribution allows researchers to establish how much more likely an event was due to human-induced climate change — by comparing modeled worlds with and without anthropogenic emissions.

Scientists have used this strategy on heat waves in Europe, the California drought, and recently, the record rains associated with Hurricane Harvey.

“Big extreme weather disasters are one of those times where Americans all collectively focus on an issue or set of events that have a direct connection to climate change,” Leiserowitz says. “They’re teachable moments.”

As for polar bears? “As a communications icon, it’s pretty much tapped,” Leiserowitz says. “We’ve got to expand the tent — and that means helping people connect to this issue for reasons that might be quite different from yours.”