Repent, Republicans, the end is nigh: But turning on Donald Trump isn't enough

Some #NeverTrumpers and Republican dissidents now seek redemption. OK — but they've got a lot of work to do 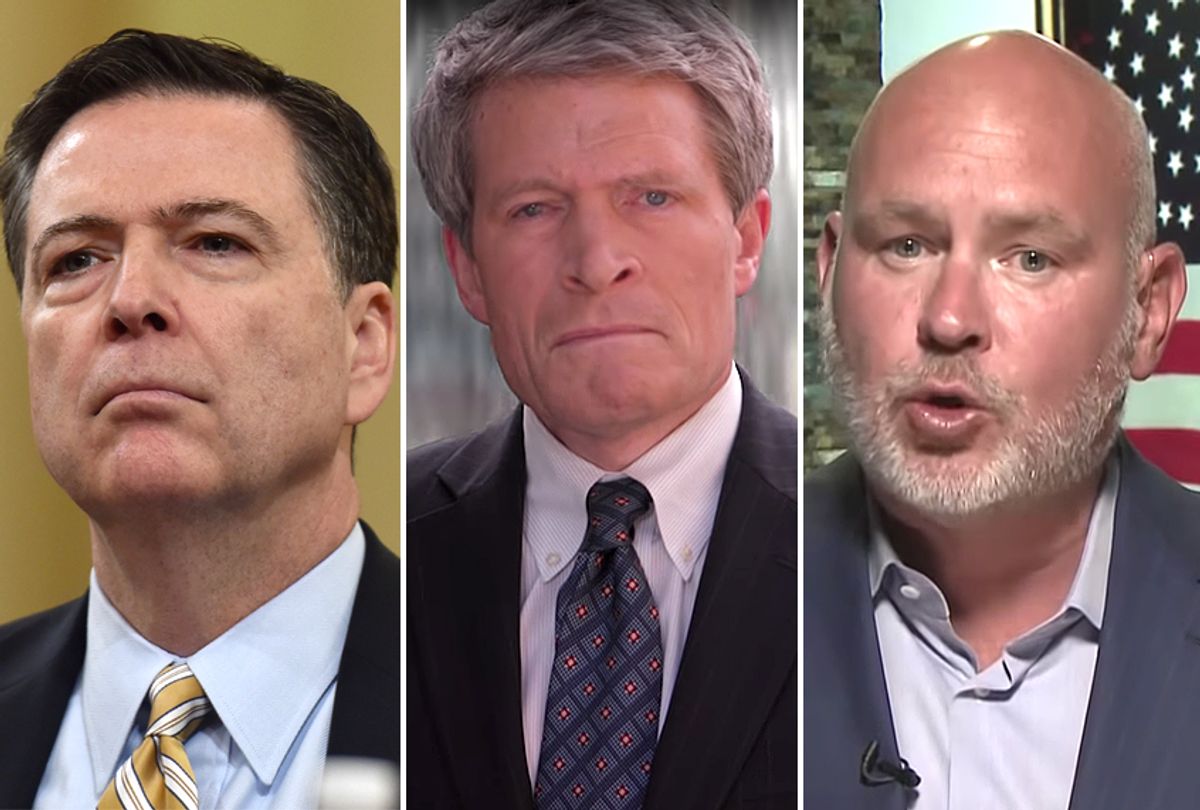 Likely because of his authoritarian behavior and policies, rather than despite them, Donald Trump is one of the most popular presidents within his own party in the era of modern public opinion polling. Republicans and right-leaning independents support him enthusiastically.

Republican and "conservative" elected officials, media personalities, interest groups and financial backers -- including the Koch brothers, who originally opposed him in 2016 -- overwhelmingly continue to support Trump's presidency, whatever private distaste they may feel.

There do exist Republicans and other conservatives who have stood up to oppose Trump, his movement and the anti-democratic values and goals they represent.

The #NeverTrumpers, for a variety of reasons, believe that Donald Trump is too disruptive and destructive to America’s longstanding norms and traditions. Conservative pundits and commentators such as George Will argue that Trump and his control over the Republican Party represent a fundamental threat to the country and its future.

They are joined by a modest number of former Republicans, including Steve Schmidt, Richard Painter and James Comey, who have left the Republican Party because it has morphed into an abomination wholly controlled by the demagogue Donald Trump.

This last group stands almost alone in their bold and principled decision: Most Republicans and conservatives still find ways to rationalize their support for many of the president's policies, even if they find him detestable.

Writing at the Weekly Standard, Andy Smarick works through this logic and its deeply problematic assumptions and implications. He finds a "consensus . . . among conservative dissidents":

We’ll continue to oppose the president when his policies and practices are counter to our principles, they say, but also be sure to publicly give credit whenever he stakes out an agreeable position on any issue that matters. During the campaign, obdurate opposition served the purpose of challenging his candidacy and elevating his competitors, but now, with Trump sitting in the Oval Office, the thinking goes, it smacks of sour grapes — and, given that he does do things with which we agree, it amounts to cutting off our noses to spite our faces. So, serve as the loyal opposition as necessary but join the cause when possible.

It is a coherent approach. It is the pragmatic one. But it is unsatisfying and unsettling. And with each casual lie, crude insult, attack on the media, slight of the intelligence community, and example of grotesque servility to Russia’s dictator, it increasingly appears morally misguided.

Smarick continues that this conservative "need to cordon off specific Trump actions from others is a red flag waving in the wind." Even the most objectionable political leaders provide "some good to some number of people," after all, which Smarick calls "the making-the-trains-run-on-time argument." He reminds us that "time judges unkindly those who cheered the timely trains" and concludes that "given the enormity of the stakes, placing a gold star on the president’s occasional successful assignment is unwarranted and unwise. The road to Hell is paved with a piecemeal, situational approach to morality."

Smarick’s conclusion signals at a much deeper problem. Trump and the American proto-fascist movement he leads did not appear out of the ether as a total surprise. Trumpism was perhaps the inevitable result of an extreme rightward shift in the Republican Party and movement conservatism that began in the 1950s with an embrace of anti-intellectualism, paranoia and conspiracy theories. Republicans continued down that path by embracing the overtly racist “Southern Strategy” in response to the gains of black Americans during the civil rights movement.

Richard Nixon passed that baton to Ronald Reagan, who advanced the right-wing agenda with racist stereotypes about lazy, criminal and parasitic black “welfare queens” and “strapping young bucks” who leeched off “hard-working” Americans (almost universally understood to be white).

One consistent and not coincidental theme across these decades was an effort by Republicans and other conservatives to destroy the social safety net, reorient tax fiscal policies to siphon ever more money upward to the richest Americans, and restrict the civil rights and human rights of nonwhites, women, LGBT people, those with disabilities, Muslims, immigrants and so on.

In essence, the #NeverTrump Republicans who now stand against Trump and his movement watered the roots of the tree for years and are now aghast at how it gobbles up innocent passers-by like a monster in a children’s fairytale.

The Nation’s David Klion summarizes this state of affairs:

Russiagate isn’t just the narrow story of a few corrupt officials. It isn’t even the story of a corrupt president. It’s the story of a corrupt political party, the one currently holding all the levers of power in Washington. After Trump groveled before Putin in Helsinki, many Republicans in Washington proclaimed their solemn concern, just as they did when the president expressed his sympathy for the white supremacists in Charlottesville last year. But all of them are fully aware that they are abetting a criminal conspiracy, and probably more than one . . .

Instead, we are being told something much more frightening: that Russiagate doesn’t end with Trump and his inner circle, that some members of Congress may be implicated, and that the Republican leadership therefore has a personal stake in preventing anyone beyond [Paul] Manafort and a few other flunkies from being held accountable. [Robert] Mueller and the FBI are giving everyone a glimpse at the scale of official corruption in Washington, and they’re warning us that they aren’t going to be able to rein it in all by themselves.

Ultimately, the pitifully small amount of opposition to Donald Trump among current or former Republicans is driven by fear: fear of how history will remember them when the final ledger of this dire crisis is tallied. Unfortunately for them, history does not grant absolution or forgiveness in piecemeal fashion.

Republicans and other conservatives who have now decided to stand against Donald Trump still have dirty hands. For too long they have remained loyal to a political party that birthed a hybridized American fascism and continues to protect a president who, to all appearances, colluded with a foreign power to steal the 2016 election from the American people.

To find some modest amount of salvation, Republicans who truly want to do the right thing for a country they claim to love must renounce their party and leave it behind, while working to repair the damage that Donald Trump and his supporters have done. Remaining a Republican and being a patriotic American are now mutually exclusive.

How Republicans conquered the Badger State

Author Dan Kaufman on the GOP's engineered strategy that led to "The Fall of Wisconsin."