Meghan McCain has already had a meltdown about the alleged "war on Christmas," and it is only August

"I think the war on Christmas is a real thing that’s going on in our culture," she insisted Wednesday on "The View" 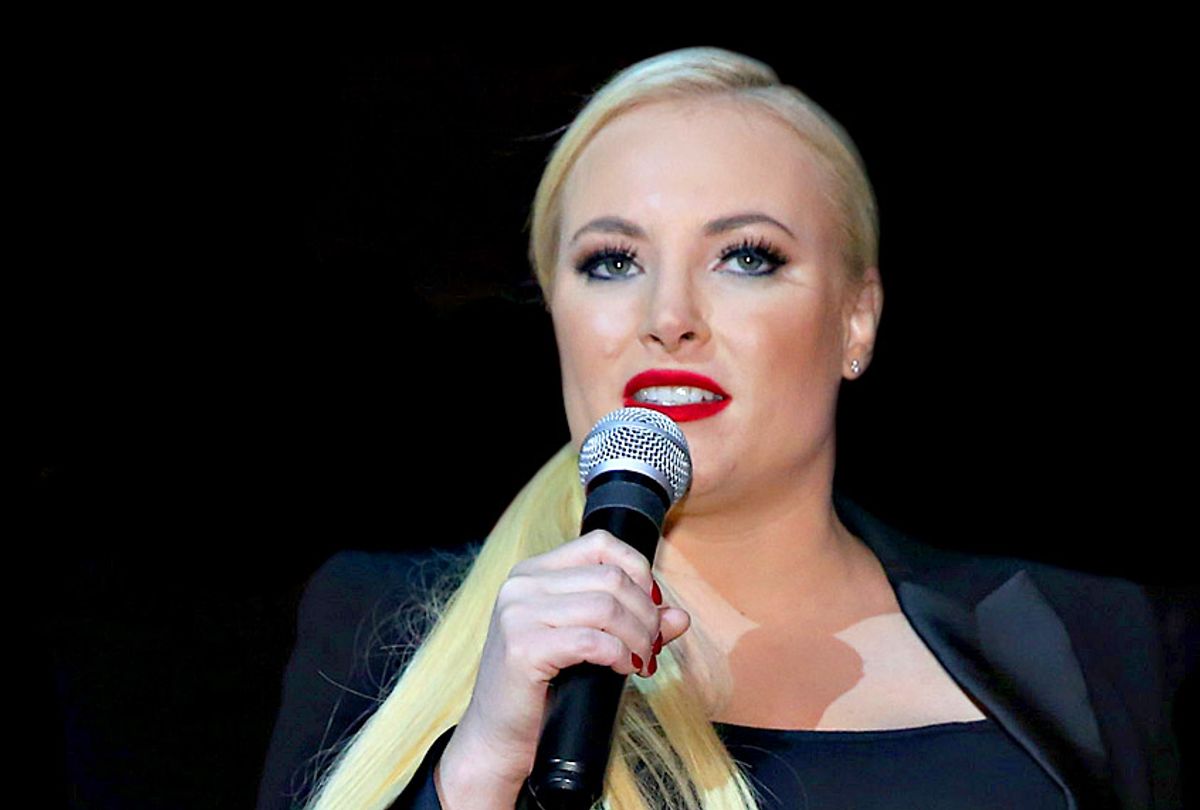 It was the last day of the month, yet "Christmas in July" still managed to come up as President Donald Trump attempted to fire up his base by bringing up the so-called "war" on the Christian holy day.

The president referenced a cultural evolution in the U.S. Many Americans now choose to welcome others with the more inclusive greeting "happy holidays" as a sign of respect for the many faith communities who worship in the U.S. and celebrate holy days during the winter season. And, Trump had a message ready to deliver: "They're not attacking it anymore."

The co-hosts of "The View" unpacked the alleged war, which the Republican president had claimed, without offering evidence, was being waged on U.S. Christians. And the contentious conversation left Trump's only supporter on the panel in a meltdown.

As the lone conservative voice on "The View," Meghan McCain took on the task of explaining the Christmas paranoia.

"The war on Christmas is a real siren song, and – if you don’t know what that means – it means there’s an assault on saying, 'Merry Christmas,' and Christian beliefs in the country," McCain said. "I’ve never once said, 'Merry Christmas,' to anyone and been told that I offended them."

"It is something people on the right in certain areas of the country really think is a big thing," she continued. "They don’t want Christmas to go away."

Co-host Joy Behar wondered if the same Americans "obsessed" with the so-called "war" on Christmas were equally concerned about "the war on the press, the war on immigrants, the war on our democracy."

"You say, 'Happy holidays.' And, they go ballistic," she said. "But, everything else is falling apart in the country. But, this little thing drives them nuts. Why?"

Whoopi Goldberg said that she had adopted the phrase, "Happy holidays," because America is home to many systems of belief. Goldberg added that she does not want to assume that someone is Christian or celebrates Christmas.

Claiming that was "the siren song," McCain expressed dissatisfaction with Goldberg's personal anecdote.

"If you’re saying, 'Merry Christmas,' you’re not inclusive. You’re not tolerant," she said. "This is already riling us up – even here – because I say, 'Merry Christmas.' I don’t think I’m an intolerant person, and like I’ve said, I’ve never once had anyone come to me and say they’re offended."

The former Fox contributor would go on to repeat that same talking point over and over again throughout the duration of the seven-minute segment.

"I think we’re showcasing this right here – that I am being insensitive or intolerant by saying to someone, 'Merry Christmas,'" McCain said, adding that that Trump was "brilliant" for using the topic to rile up his supporters.

Goldberg countered McCain's claims by arguing that "people are not offended, but sometimes people want to be able to have a choice."

"I don’t understand why I have to do one thing and not the other. I am not going to be told how to greet people," Goldberg added. "If I am comfortable saying, 'Happy holidays,' because I’m not sure who you are. Or I say, 'Merry Christmas,' to people I know are Christians. It’s not a war . . . You can’t tell me I’m at war with you because I’m not saying, 'Merry Christmas.'"

Goldberg's view summarized most of the points made by the other co-hosts seated at the table: There is no war, because only one side is fighting. For Goldberg, saying, "Happy holidays," is a personal choice in line with her own belief system – not a demand she aims to thrust on others. That was a point, however, that McCain did not grasp.

"At the same time, you can’t tell someone that you can’t say, 'Merry Christmas,' and they have to say, 'Happy Holidays,'" she replied, inserting a mandate that no one at the table had actually called for. "Well, I think the war on Christmas is a real thing that’s going on in our culture. We’re having a debate about it on this table, so [Trump's] brilliant to do it right now."

"It's a BS debate," Goldberg said. Co-host Sunny Hostin interjected that it was, in fact, "fake news."

However, McCain refused to concede, hammering home her disproved claim that it was a valid culture war issue.

"We’re almost done with this season, and when I first came here, no one on this show really even understood what the culture war is," she said.

"Meg, we understood the culture war, we just didn’t believe in it," Goldberg responded.

"Yeah, and it's just Republicans that are always on the bad side, always doing it," McCain exclaimed as she began to melt down over the issue. "We're the bad part of the war!"

"No, that's you saying that," Goldberg said cutting her off to go to commercial break. "We'll be back."

Twenty-five tons of toys will arrive in Puerto Rico for Christmas, thanks to the efforts of a grassroots Hurricane Maria relief effort.