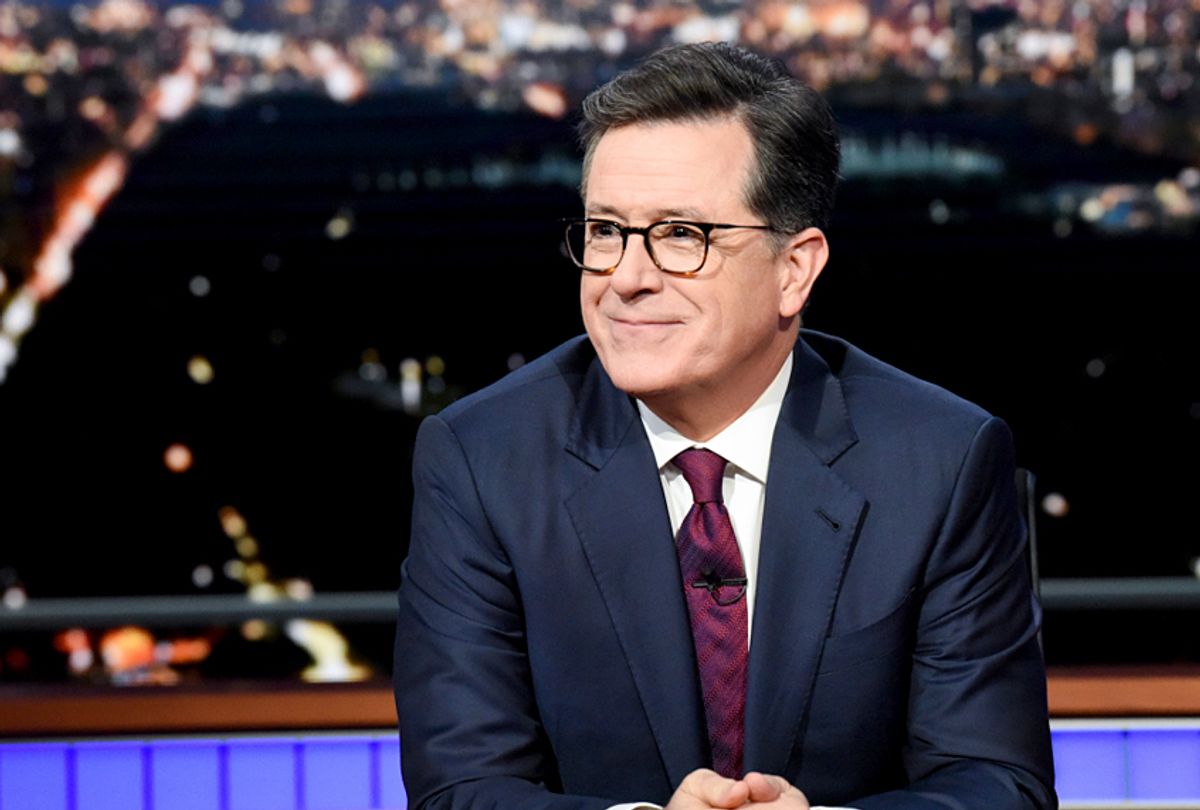 In wake of a bizarre series of interviews with President Donald Trump’s lawyer Rudy Giuliani, the new defense seems to be that “collusion” is not an illegal act. Stephen Colbert predicted this is just the beginning of a new strategy from the Trump team.

During his Monday show, Colbert began showing a clip of the CNN interview with Giuliani, in which the former New York mayor makes accusations against special counsel Robert Mueller and provides zero evidence. Giuliani claimed it was up to Mueller to refute the claim. Colbert then made his own wild accusation about Giuliani providing zero evidence.

“Yes, if someone starts a rumor about you, it’s ‘your responsibility’ to address that rumor,” Colbert concurred. “Like if I say Rudy Giuliani has sex with underage goats, it’s up to him to prove me wrong. Release the tapes of you not having sex with goats, Rudy!”

Colbert then led the audience in a chant of “release the tapes.”

After recapping the CNN interview, Colbert explained that Trump’s lawyer then crafted the “airtight” defense for there not being collusion with Russia.

“You’re his lawyer, you’re supposed to know what the law is,” Colbert mocked. “That’s like your doctor going: ‘I don’t even know if that’s a disease: bleeding from your eyeballs.'”

Giuliani then said that Trump didn’t pay for anyone to hack anything, which prompted Colbert to say he hopes Trump isn’t paying Giuliani to “lawyer” either.

“Besides, do we know he didn’t do the hack? Do we have a description of the hacker?” Colbert asked. He then played the clip of Trump talking about someone “sitting on their bed that weighs 400 pounds.”

“Wow, they are really moving the goalposts on this. First, it was ‘Russia didn’t interfere in the election.’ Then it was ‘OK, they did, but nobody on the Trump team met with them.’ Then it was, ‘OK, they did, but it was just about adoptions.’ Then it was ‘OK, they offered us dirt on Hillary, but there was no collusion.’ And now we’re at ‘Collusion is not a crime.’ What’s next? ‘OK, collusion’s a crime, but it’s just a little crime.’ and then it’ll be, ‘Since when are crimes illegal?’ Colbert joked.

Watch a segment of the opener below: