Like a dictator, Trump exercises power only with money and fear 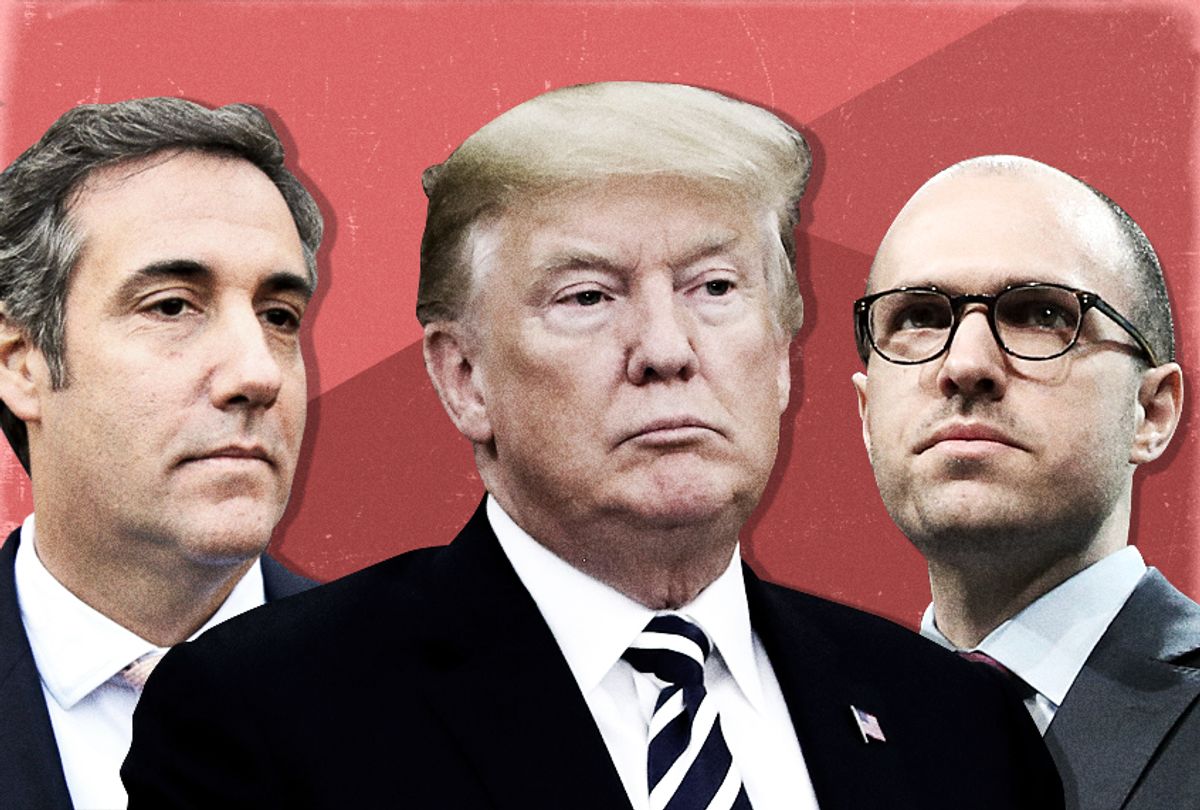 Donald Trump has spent his entire life buying his way into deals and out of trouble.  For 40 years, all he did was have meetings, talk on the phone, and buy stuff. He could see the Plaza Hotel from his office window, so he bought it. He wanted a casino he could fly to in his helicopter, so he went to Atlantic City and bought one. He wanted to surround himself with hot babes, so he bought the Miss Universe pageant.

When he had problems, he bought his way out. When there were hold ups at building sites, he bought union bosses and mob-owned cement contractors. He paid-off building inspectors to look the other way at violations. When he wanted zoning changes, or favorable laws passed, he bought politicians by the dozen and bragged about it in primary debates. When he didn’t like what was written about him, he bought expensive lawyers and filed lawsuits threatening damages in the tens of millions. When he wanted hot babes in his hotel rooms in Los Angeles and Lake Tahoe, he bought airline tickets and flew them in. When the hot babes threatened to go public, he paid them off.

Right up until he walked into the Oval Office in January of 2017, Donald Trump was the Man In Charge. He said something, and that’s the way it was. He wanted something, and he got it. He gave an order, and it was carried out. He had a problem, he bought the solution.

We got an up close glimpse of that Donald Trump in the tape released last week.  He's sitting there in his Trump Tower office at the height of the campaign in 2016, talking about his campaign, talking with his private lawyer and fixer Michael Cohen about paying off the Playboy playmate so casually, it's like he's ordering new drapes for one of the ballrooms in a Trump hotel.

He starts off talking about some problem with the campaign.The solution involves someone called Mark Burns. “Mark Burns, are we using him?” There’s some unintelligible dialogue, and Trump seems mollified.

They move on to a lawsuit filed by the New York Times to unseal Trump’s divorce agreement with first wife, Ivana. “They should never be able to get that done,” Trump says. Told that his lawyer Marc Kasowitz is handling it, Trump says, “All you’ve got to do is delay for . . . ” to which Cohen replies, “Even after that, it’s not going to ever be opened.”

They quickly move on to buying the silence of Playboy Playmate Karen McDougal, who claims to have had a year-long affair with Trump and is apparently threatening to go public with it. Cohen tells Trump he’s talking to another Trump associate, Allen Weisselberg, the Chief Financial Officer of the Trump Organization, about setting up a company to do the pay-off.

“So what do we got to pay for this? One-fifty?” Trump asks. There is some broken dialogue about whether the pay-off will be in cash or by check, and the tape ends.

Most of the coverage of the tape focused on the last exchange about the form of the pay-off, as if whether it was made in cash or by check actually mattered. It doesn’t matter, of course, because it was a payoff to buy a woman’s silence.

But what is remarkable about the tape is Trump’s demeanor. His tone is matter-of-fact, relaxed, confident. He’s sitting there in Trump Tower, and he’s a Man in Full. He’s the boss. He knows that whatever he tells Cohen to do will get done. It will happen in a manner he’s familiar with, comfortable with, because it will happen with money. Someone is causing a problem, and that someone will be paid-off. He’s done it so many times before, it’s just another moment in another day in the life of the Boss Man.

It is when he can't buy off people to fix problems that he freaks out. After Cohen’s lawyer Lanny Davis released the tape last week, Trump unleashed the dogs on his former friend and fixer. Rudolph Giuliani took to the cable news airwaves to denounce Cohen as “a pathological liar” and a “scumbag” and a “traitor.” He was calling Cohen “an honest and honorable lawyer” only weeks ago. White House sources leaked that Trump was out to “destroy” Cohen.

Trump has behaved similarly with Special Counsel Robert Mueller. After playing it cool and refusing to comment on the Special Counsel’s investigation for months, Trump has begun lashing out at Mueller and the probe that has indicted 25 Russians and logged several guilty pleas. This morning, he tweeted, “This is a terrible situation and Attorney General Jeff Sessions should stop this Rigged Witch Hunt right now, before it continues to stain our country any further. Bob Mueller is totally conflicted, and his 17 Angry Democrats that are doing his dirty work are a disgrace to USA!”

..This is a terrible situation and Attorney General Jeff Sessions should stop this Rigged Witch Hunt right now, before it continues to stain our country any further. Bob Mueller is totally conflicted, and his 17 Angry Democrats that are doing his dirty work are a disgrace to USA!

He has reshuffled his staff of defense lawyers working on the Russian investigation several times and is spending millions of dollars raised for his re-election campaign to pay for them.His frustration with the press provides another window into how he’s handling things now that he can’t simply write a check or hand over a bagful of cash. He can't buy-off the media, so he has railed against reporters again and again as the "enemy of the people."  Most recently, he arranged a private meeting in the White House with New York Times publisher A.G Sulzberger and Editorial Page editor James Bennet. The meeting, which apparently was cordial, was supposedly off the record, and no news of it leaked from either the White House or the Times until Trump tweeted his displeasure on Sunday morning.

Had a very good and interesting meeting at the White House with A.G. Sulzberger, Publisher of the New York Times. Spent much time talking about the vast amounts of Fake News being put out by the media & how that Fake News has morphed into phrase, “Enemy of the People.” Sad! — Donald J. Trump (@realDonaldTrump) July 29, 2018

“Had a very good and interesting meeting at the White House with A.G. Sulzberger, Publisher of the New York Times. Spent much time talking about the vast amounts of Fake News being put out by the media & how that Fake News has morphed into phrase, ‘Enemy of the People.’ Sad!"

Apart from the fact that Trump is the one who “morphed” his criticism of the media into the “enemy of the people,” his tweet reflects his obsession with what he can’t control. Apparently unhappy with the coverage he received from the Times after his private meeting, Trump could keep it secret no longer and lashed out.

Sulzberger lashed right back with a five paragraph statement recounting how he had told Trump that his attacks on the media were “not just divisive but increasingly dangerous.”

“I warned that this inflammatory language is contributing to a rise in threats against journalists and will lead to violence,” Sulzberger said. He told Trump that dictatorial regimes abroad were using Trump’s language about “fake news” and “enemy of the people” to justify “sweeping crackdowns on journalists.”

Trump responded with a four-tweet attack on the New York Times and the “Amazon” Washington Post. “Very unpatriotic!” Trump tweeted. “Freedom of the press also comes with a responsibility to report the news accurately.”

Trump understands power only when it can be exercised with money and fear. He’s a man who has spent more than four decades giving orders and sitting back while they were carried out and throwing money at problems, whether they were wearing skirts or not.

Now he sits in the most powerful office in the world and not even his own White House staff will listen to him. More than 50 White House or administration employees have either been fired or forced out since Trump took office. North Korea hasn’t denuclearized and is working on new missiles. Russia hasn’t left Ukraine or let Crimea go. The Iranians won’t even agree to sit down with him. The Oval Office, it turns out, isn’t the same as Trump Tower.

Trump hates what he can't buy-off with money or control with threats and fear. He is behaving more and more like a fascist because it comes naturally to him, and because he is driven crazy by democracy.