Facebook should shut down its News Feed until the midterm elections

When a grease fire scorches the restaurant's kitchen it shuts up shop to renovate; Facebook, Russia is your inferno 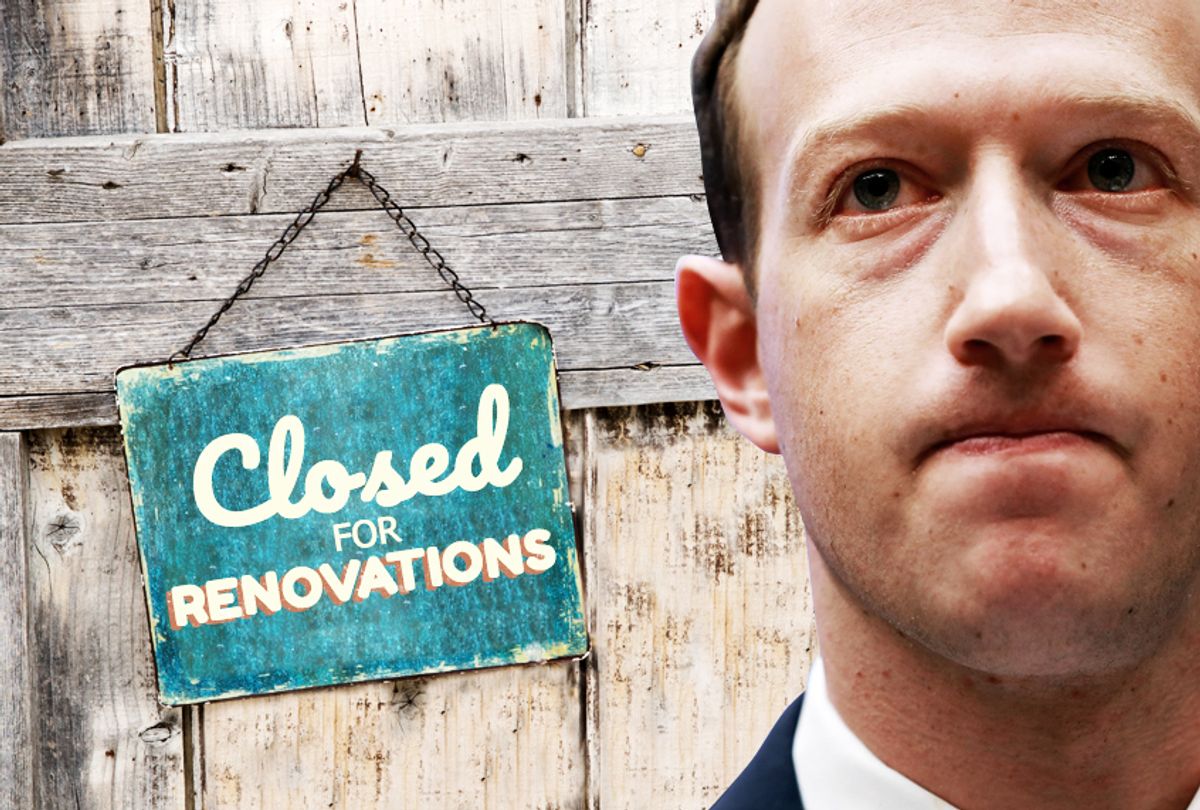 This week, Facebook announced that it had uncovered accounts and pages with a total of nearly 300,000 followers that were propaganda intended to interfere with the midterm elections this November. While the social media company's revelation fell short of stating that Russia was behind these covert accounts, other federal law enforcement and government officials later confirmed as much.

On Brian Williams' show on MSNBC, "the 11th Hour," former FBI Assistant Director of Counterintelligence Robert Anderson reminded the viewers that, in a public statement, Facebook's Chief Operating Officer Sheryl Sandberg said that Facebook doesn’t know where the accounts originated. In light of this admission, MSNBC's Stephanie Ruhle proposed that Facebook suspend operation of the News Feed until it could definitively show that the social media company had solved its propaganda problem. The next morning on her own show, "Live," Ruhle suggested that Facebook follow the example of a company that had medication on the shelves that had been tampered with and recall the product.

Just as Johnson & Johnson immediately recalled 31 million bottles of Tylenol with a then value of $100 million during the poisoning crisis in 1982 in order that no more people would die or fall ill, Ruhle’s suggestion that Facebook act decisively is not farfetched. As former FBI Assistant Director Anderson pointed out, no matter what adversary was behind Facebook's ongoing vulnerability, they “are watching our response.” He added that, “Russia is like a bully on a playground. The more you let them push you around, the more they are going to push.”

So why wouldn’t Facebook go to what many would consider an extreme length to ensure the public’s safety? Is Facebook waiting for the steadying hand of government to guide us all to safety? Not likely. Silicon Valley giants are relatively free from regulation, historically, and have never invited government regulation; and there is no way that this Congress or the current administration will suggest a deeper dive into what Donald Trump has decreed a “rigged witch hunt.”

READ MORE: Facebook stock will be fine; but widespread glee at its misfortune indicates deeper problems

Facebook's most recent revelation about its inadequate security was important but not reassuring. The secret campaign it exposed shows only that something’s still rotten in the state of Facebook, not that the social media giant has a grip on the problem. To disable the propaganda campaign, Facebook removed 32 Facebook and Instagram accounts that had over 290,000 followers and had created over 9,500 posts and about 150 ads. That’s no guarantee that there aren’t others still out there. In fact, these types of internal corporate investigations tend to be the tip of the iceberg (remember Equifax?). The announcement was likely meant to show integrity, but the countermeasure was so trifling that it has had the opposite effect — one of overwhelming disquiet: Facebook, what are you still hiding from us?

While shutting down Facebook temporarily could cause hardship to the small businesses who depend upon it, it’s not likely it will even feel the temporary financial hit. In spite of losing 19 percent of its value in a single day last week, the share price has been recovering. With unimaginable amounts of cash on hand, what better use could there be for it than to ensure American democracy and global stability is assured. Finding a way to make customers negatively affected by the suspension of Facebook's News Feed whole would be pretty straightforward stuff.

So what does Facebook risk? Loss of ad revenue in the short term. Acknowledgement that the problem is beyond their current control. The ire of millions of Americans at not being able to use their Facebook accounts. But wouldn’t that anger be a wake-up call for those who are not inclined to accept the depth of this problem?

Mark Zuckerberg, it's time to pause. You want your users to once again become fans? Stop long enough to assess and tell us just how compromised Facebook’s business model really is. America loves contrition as a precedent to redemption: Facebook should stop showing ads, stop selling data on its users, and stop collecting fees until after the midterm elections to protect U.S. democracy, rethink its role in the world and finally reform its core business model. This isn't as extreme as it sounds. Look at Wells Fargo and its 32 million fake accounts. It took the time needed to reset, acknowledge the problem and change. Indeed, its current ad campaign designed to regain the public’s trust has a tagline showing how much ownership of the problem the bank has taken: “Established 1852. Reestablished 2018.” Its stock price has rebounded from a five year low of 42.5 during the 2016 crisis, to 57.6 today (a 35.5 percent increase).

In this country, redemption leads to acceptance. Facebook is still wildly successful, despite being repeatedly used as a cat’s paw by Russian intelligence and as a digital Stasi for Cambridge Analytica to manipulate vulnerable U.S. voters. Facebook is still the fifth largest public company in the U.S., valued at over $500 billion.

In other words, if they took a brief pause on revenues, they could keep the lights on. And, no longer the goat, Mark Zuckerberg may even be seen as the hero.

Alexandra Stanton is the CEO of Empire Global Ventures, the firm she co-founded to help businesses by identifying and closing revenue-generating deals. She has previously held senior positions in city, state and federal government, including as Special Assistant to Former Clinton Administration Housing and Urban Development Secretary Andrew Cuomo and as chief of staff at New York’s Empire State Development. Stanton is a graduate of Cornell University and received her J.D. from Georgetown University Law Center.