Thousands of protesters and counter-protesters descended onto downtown Portland, as police tried to keep the peace 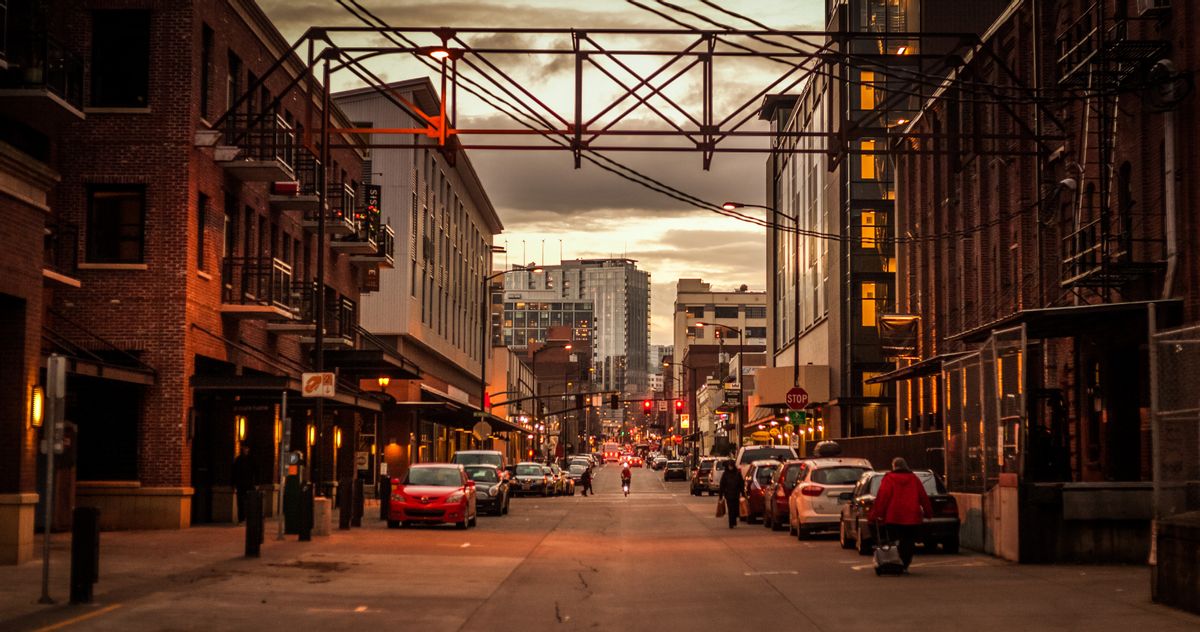 A long-awaited confrontation between far-right groups and antifascists took place in Portland on Saturday. Journalists on the ground have recorded clashes with police and indiscriminate acts of violence.

The group that calls itself Patriot Prayer had organized the Portland protest under the guise of First Amendment advocacy, but to outside observers, it was clear that the group wanted to establish a battle ground to fight antifa.

Portland city officials have been bracing for the impending encounter.

“It is particularly troubling to me that individuals are posting publicly their intent to act out violently,” Mayor Ted Wheeler said in a statement. “We don’t want this here.”

Sgt. Christopher Burley, a spokesman for the Portland Police Bureau said, “We will protect life, safety and property to the best of our ability,” adding that crowd management is complicated.

The far-right protest started before noon in the downtown district of Portland. Antifa immediately formed their own counter-protest, with reports suggesting that over one thousand people had assembled to oppose Patriot Prayer and the Proud Boys, groups that have been labeled fascist and ethno-nationalist. The two sides were separated by a heavily secured road.

But that did not prevent early violence.

Video shows a struggle for a flag and then a black-clad person hit this dude in the head before he drops. I was watching the blood pour out of his head and into the street. #DefendPDX #AllOutPDX pic.twitter.com/KPRk1D8l00

After hours of relative peace, reports indicated that police ordered the counter-protesting side to disperse. After failing to leave the scene, police began to implement riot control on antifa.

Note the explosive at the end of this video. That’s what cops are firing to disperse anti-fascists. pic.twitter.com/Odd3z8ZYVR

Cops issue a warning to counterprotest- PP responds with a chant “lock them up” pic.twitter.com/MCo2R0YnU3 — Jason Wilson (@jason_a_w) August 4, 2018

Katie Shepherd, a journalist for Willamette Week covering the protests, reported that Portland police claimed to have seen protesters throw bottles and rocks at officers. Shepherd said she did not witness anything that would have instigated flash bangs to be deployed.

"Standing at the police line, I did not see anything thrown prior to crowd control being deployed," she wrote in a tweet. "There may have been. My impression was that things were settling down before the first flash bang exploded."

The Portland chapter of antifa has complained that the police response thus far has only been focused on the counter-protests.

Portland PD continuing their unilateral attack on antifascist protesters with flashbang grenades and various projectiles. Gas used. Those in fascist (Pinochet and Reichsadler) shirts on the waterfront cheering.

The far-right groups allegedly cheered every time a flash bang was heard in the distance.

Follow @letsgomathias for the counterprotest side. On this side, cheers ring out after every explosion in the distance. At least 20 so far

As the far-right groups were able to maintain their presence downtown, antifa were forced to retreat.

Around 2:30 p.m. in Portland, the police announced that protests were declared a “civil disturbance,” and ordered people to disperse.

Multiple injuries have been reported on the ground.

After I took this video an anti-fascist was hit with some kind of projectile shot by cops. He seems fine. Cat and mouse game between cops and anti-fascists in Portland right now. pic.twitter.com/Fxk12pgbQO

Hearing reports of multiple injuries. Someone hit by a flash bang. Things cooling at the moment but might get crazy again.

Here’s one of them, pulled out from the other side. There were clashes but I didn’t see. Someone with him said “we clocked some people too. Fuck those cocksuckers.” pic.twitter.com/Ie7PIOTFGf

Jared Holt, a reporter for Right Wing Watch, signaled that the police intensified the situation in Portland on Saturday.

I was on the front line between portests and I saw nothing that indicates police claims actually happened. It seems police escalated a rally that was tense, but until then peaceful. https://t.co/DpHhlzAKX1