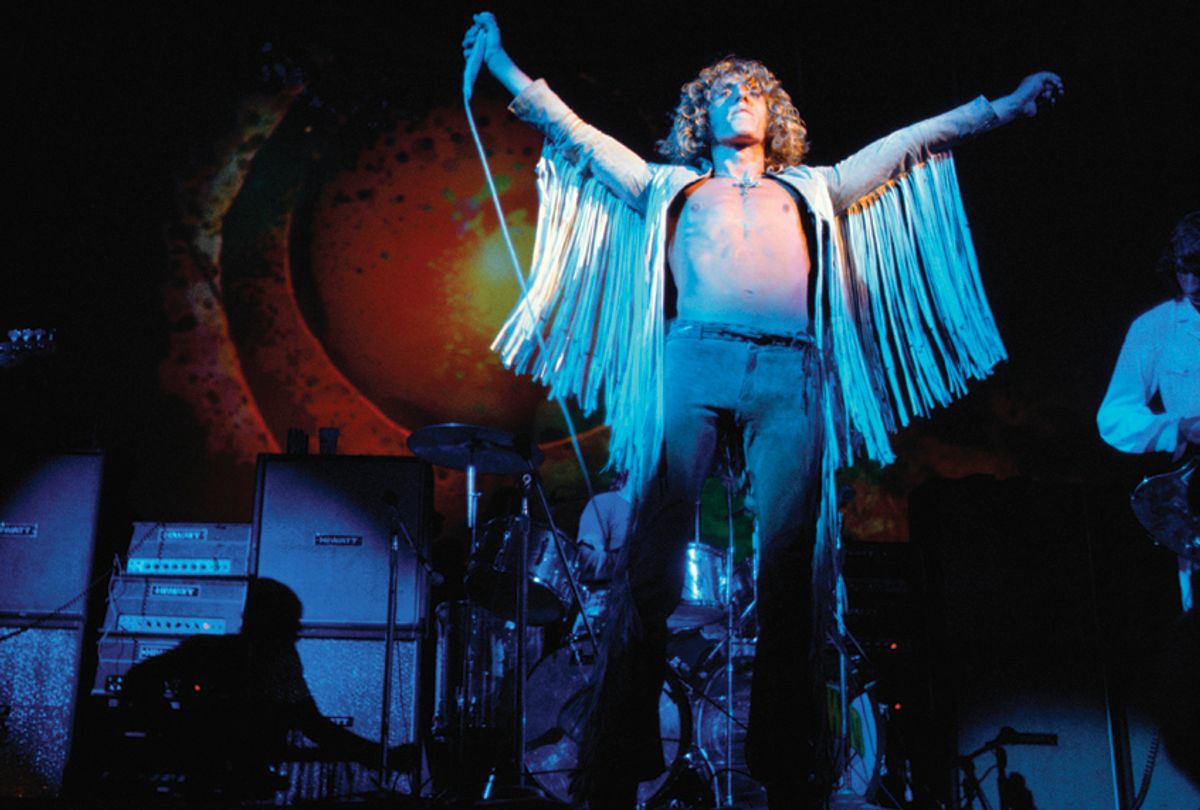 Excerpted with permission from "Woodstock 1969: The Lasting Impact of the Counterculture" by Jason Lauré and Ettagale Blauer. Copyright 2018 by Skyhorse Publishing, Inc.

Photojournalist Jason Lauré followed his unerring instinct for being in the right place at the crucial moment. He and cowriter and coauthor of the upcoming "Woodstock 1969," Ettagale Blauer, trace the historic events that preceded the festival and then envelop the reader with photographs of the headliner rock stars that performed during the landmark three-day concert including the Who, Janis Joplin, Grace Slick of Jefferson Airplane, and Santana.

Those who say the August 1969 Woodstock Festival was the beginning of a new age, the start of the counterculture movement, were not part of that momentous sea change. The Woodstock Festival was an emphatic, in-your-face symbol marking the end of an era. Those who knew about it in advance had already metaphorically shed their three-piece suits, their button-down collars, and their parents’ mores and work ethics.

This three-day-and-night long musical event was a virtually spontaneous gathering of like-minded souls. Young people found their way to the Festival from all the small towns and cities across the United States. Though under the radar of the traditional press, news of the concert made its way into small, largely underground newspapers. The call went out over a nationwide grapevine that something special was going to take place in a place called Woodstock, New York, and you just had to be there. Those who headed for the Festival weren’t concerned about where they would sleep or any of the usual details of daily life. They were pulled along by the thought of the music, the music that defined them and that has endured for the nearly half a century that has passed since those three magical days.

There had been open-air concerts before Woodstock, notably the three-day Monterey Pop Festival in San Francisco in 1967 that attracted a large crowd, and there would be others after it, but none captured the purity of the community that came together at this place, at that time. 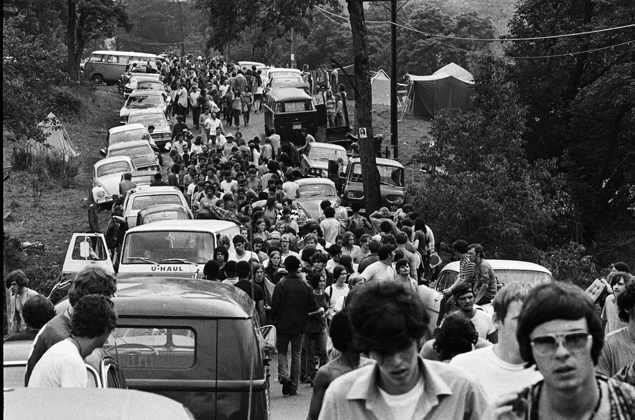 The joy of the Festival, the delight in the music, the communal living, all created a sense of community on a scale that had never been seen in America before. Hundreds of thousands of words have been written trying to explain why it worked, why it didn’t disintegrate into a mob of people who were angry because they didn’t have enough food, a dry place to rest, or a place to wash. Instead, there was harmony and helping, cooperation and sharing, peace and love. It was a moment that transcended the conditions, lifting that crowd to a higher place. As evidence of its unique status in music history, though the organizers had sold tickets for a crowd estimated to reach fifty thousand, the massive influx of hundreds of thousands quickly turned it into a free festival. Those original tickets are now precious collectors’ items. 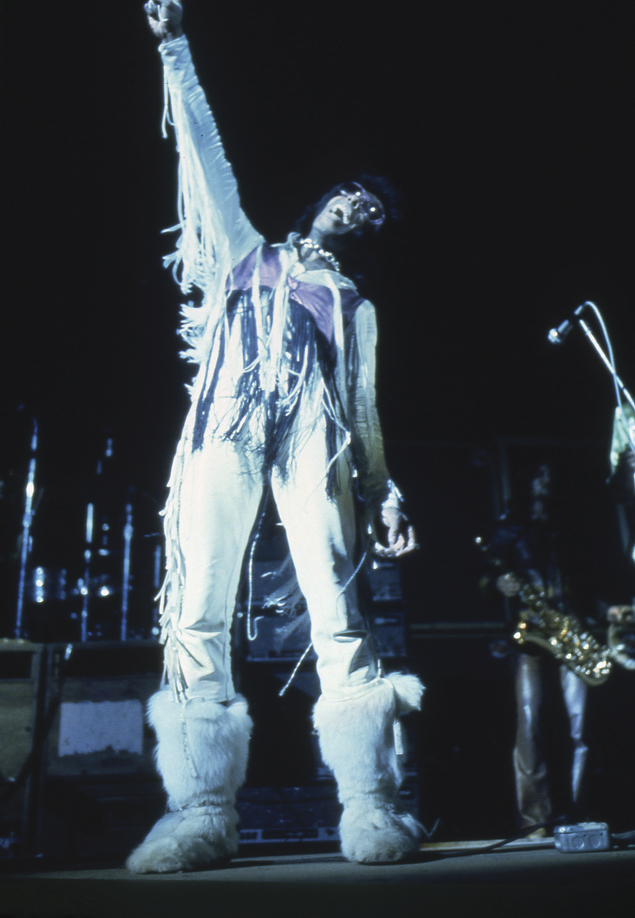 The Festival stood for nothing more than itself. One small irony of the event, among many, is that it took place in Bethel, New York, not Woodstock. Although a permit had been issued for the festival to be held in Woodstock, already known as an artists’ colony, the townspeople grew nervous as the time approached and feared they would not be able to handle the enormous number of people. Some simply did not want a rock music festival in their town at all. Instead, unsung, unknown, unheralded Bethel played host to the half million or so revelers on Max Yasgur’s farm. Dairy farmer Yasgur turned out to be more like the incredible horde who came to call his land home for three days than could be expected of a forty-nine-year-old more used to the dawn-to-dusk life of a farmer than the all-day and all-night festival that unfolded there.

The gently rolling hills, usually planted with alfalfa or corn to feed dairy cows, provided the perfect amphitheatre on which to set up a stage and then encompass all those spaced out, free loving, comfortable boys and girls. No one raced out to print up “Bethel” banners or clothing. There were no “I survived three days at Woodstock” T-shirts. There were no signed guitars for sale. All that mattered was being there. 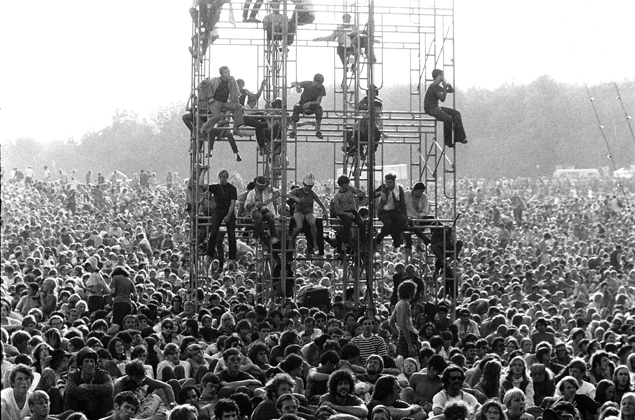 And the bands. What a once-in-a-lifetime gathering of the musical tribe-of-the-day it turned out to be. There were bands just beginning to be known, bands with reputations, and bands no one had ever heard of before. Some made an appearance and disappeared. Others made their reputations just by being there.

The crowd was a living organism, one that made its own rules as it went along. One of the important life-changing elements turned out to be the sheer impossibility of driving to the event along the conventional route of the New York State Thruway and then Route 17B.

Neither the great super-highway, with its smooth multi-lane road nor little two-lane Route 17B could accommodate the crush of motley vehicles bringing in the music lovers. Well short of the venue, many abandoned their minivans, campers, trucks and cars, turning the roads into inadvertent parking lots. They hiked the rest of the way in with their bedrolls, backpacks, and meager supplies. They were aided by the townspeople, some bemused, some concerned, but all of them generously helping the thousands of ill-prepared, trusting waifs who passed by, smiling and flashing the ubiquitous peace sign. They were joined by the local and state police who, though outnumbered on an epic scale, quickly realized that this was a crowd like no other and needed a very different kind of policing—mostly hands-off until someone fell ill or was injured. These kids became everyone’s kids. 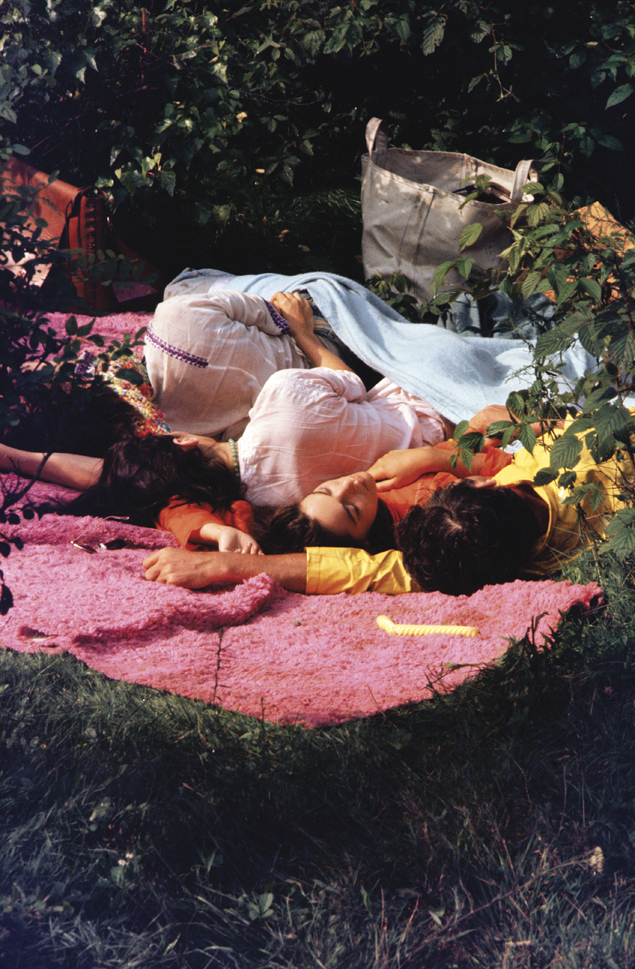 They set up communal living areas, spontaneously, washing in the pond on Yasgur’s farm. The unselfconscious nudity on display evoked the Garden of Eden, before Eve bit into the apple of knowledge. Though living conditions were bare and basic, the mellow crowd coped with rainstorms and the resultant mud with remarkably good humor, made possible by copious amounts of marijuana and drugs.

The carefully designed list of bands was abandoned as quickly as the cars. Now the order of play depended on whoever managed to get there with their instruments. Tuning up, rehearsing, getting ready physically to appear in front of the largest crowd, by far, that any musician had ever seen, it all took a backseat to logistics. 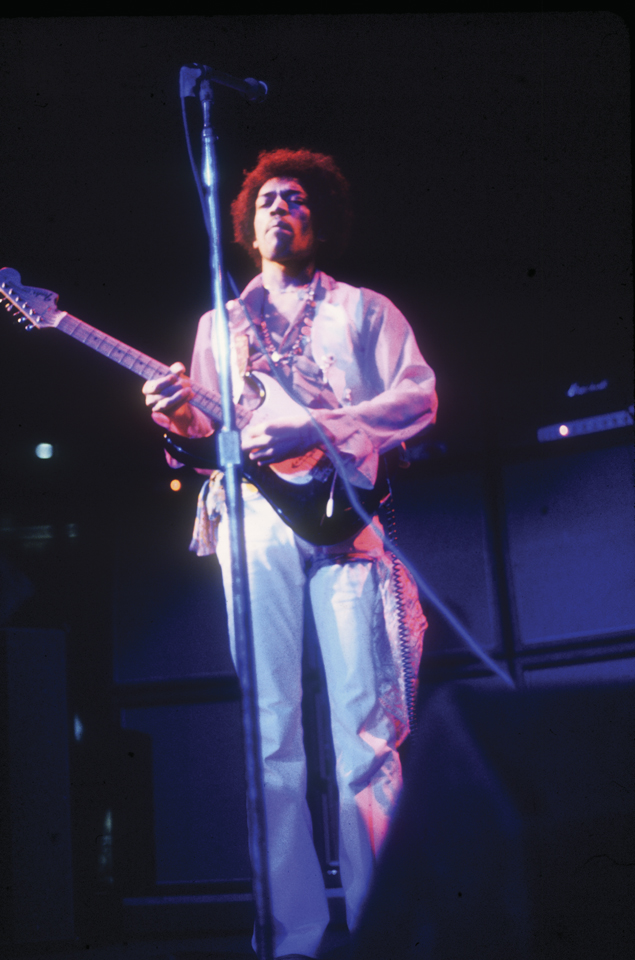 The sun was shining metaphorically on Richie Havens that first day, August 15, as he became the unscheduled opening act for an audience that filled every available inch of the rolling fields dedicated to the event. He was spectacular—and he was just the start in a lineup that was the ultimate rock music lover’s wish list. There were Janis Joplin and The Who, Sly and Santana, and Grace Slick. This was truly musical heaven on a hillside.