As the subscription service many thought was too good to be true collapses, let’s not learn the wrong the lesson 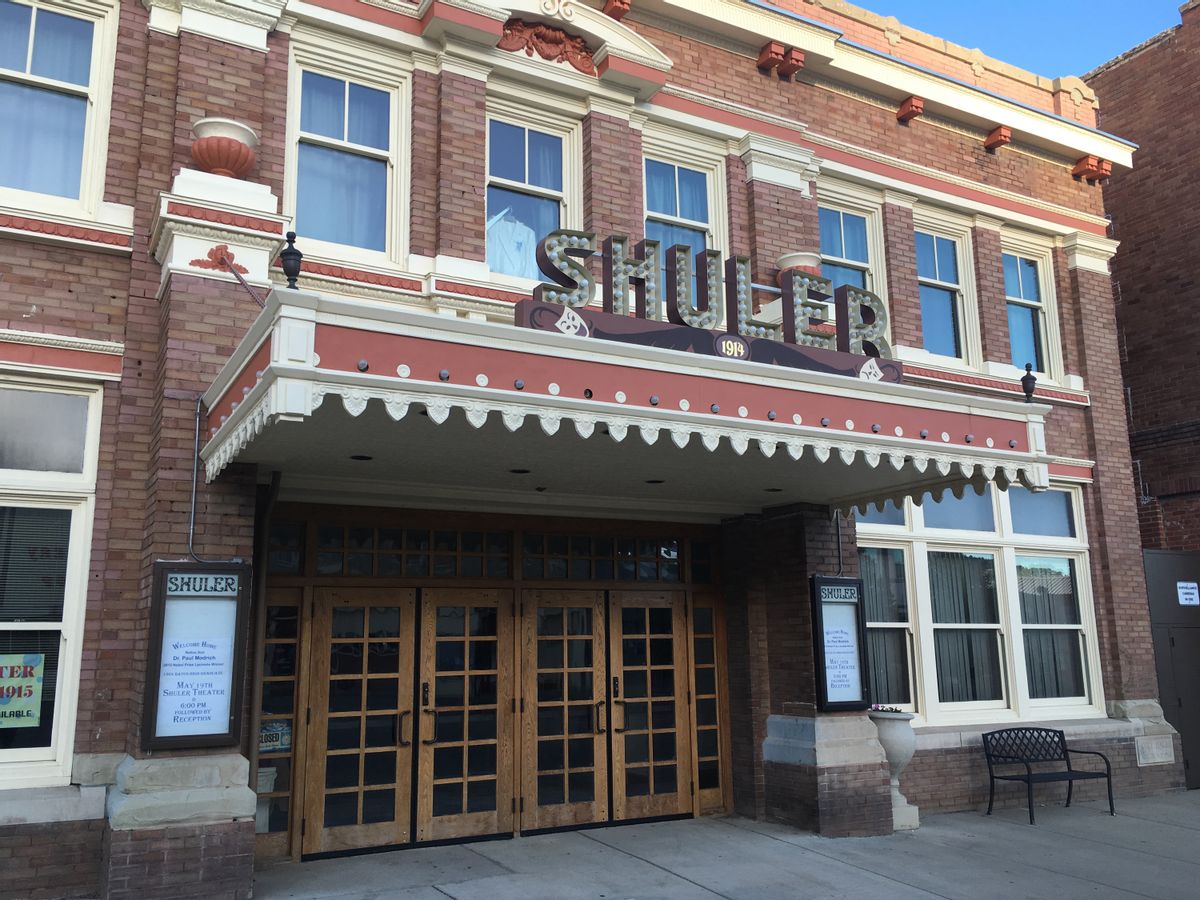 This is what the end of MoviePass looks like. On Thursday, July 26, service outages. Friday, an emergency loan (with impossibly bad terms) to keep the lights on for another week. Over the weekend, subscribers were shut out of “Mission Impossible – Fallout,” and reduced to using only partner theaters that offered e-ticketing. Now the company has raised its prices, and continues to cut services that prevent customers from buying tickets it can no longer afford.

For anyone with passing familiarity with balance sheets, the signals came long before. In May, an SEC filing revealed Moviepass parent company Helios & Matheson burned through more than $20 million a month, with only $15 million in cash on hand and another $28 million tucked away in vendor accounts.

Last fall, I wrote a piece that positioned Moviepass as a potential savior for moviegoing. However, when I reached out to Wall Street investors to get their take on H&M, the responses ranged from “doomed” to “ponzi scheme.” Financial experts were unanimous in their analysis that this was not a company — like AMC, Netflix, or Amazon — that could assume debt or raise capital.

When Moviepass slashed its subscription price to $9.99 last August, the company was very open about its business model: It would have to take on a huge amount of debt as it built its subscriber base. When Wired reported in January that Moviepass had only seven months of cashflow to cover losses from heavy customer usage, IndieWire asked the company’s CEO Mitch Lowe for comment.

“We have a significant partner [H&M] who has the ability to raise enough money to get to the profitability stage,” said Lowe in early February. “It always surprises me when people ask me this, like I just always wonder why no one asks AMC [Theaters] why they had to borrow $4.2 billion dollars to stay in business, why Netflix has to borrow $5 billion to stay in business? When you are building a business like this, you invest in content. Our content is buying tickets. You invest in building a subscriber base and that’s exactly what we’re doing, so believe me, we have enough money to support the business and we’re already way ahead of where we thought we would be at this time.”

Read more IndieWire: ‘Blindspotting’: How Daveed Diggs and Rafael Casal Made the First Buddy Comedy About Gentrification and White Privilege

However, two weeks later, Moviepass announced that Lowe and his partners gave an additional 27 percent of MoviePass to H&M for $45.5 million — which, according to the company’s own press release, was actually a cash advance that had already been handed out to cover expenses dating back to December. Since February, H&M’s only way to raise funds to cover Moviepass losses was to issue more stock.

In the process, the stock became virtually worthless. (In October 2017, HMNY peaked at a whopping $8,225 per share; as of this writing, a share is worth 25 cents.) And H&M head Ted Farnsworth, previously known for dabbling in penny stocks and starting the 1-800 Psychic Network, was not a Jeff Bezos-like figure positioned to assume years of debt.

By its own admission, Moviepass always needed time to grow a customer base beyond urban centers and movie lovers. It wanted to reach regions where ticket prices were closer to the $9 national average, and moviegoing was closer to the national average of three or four times a year. The company believed Moviepass membership would double that attendance — thereby proving to theater owners that they were increasing their business, and then could cut deals for mutually beneficial partnerships.

None of that happened. Instead, as the cash-strapped company attempted to aggressively accelerate its business model, any early goodwill evaporated. By early 2018, Lowe was threatening that Moviepass would steer its active urban customer base away from flagship theaters if chains weren’t open to partnerships.

In the final analysis, it may turn out that the company’s assumption that card usage would level out over time, with off months balancing out heavy seasonal use, was wrong. Maybe restrictions, like those now being applied to new releases and seeing popular movies more than once, were necessary. Maybe putting caps on usage, and more expensive plans for those living in cities (as happens with subscription services in London), was required.

However, believing that the Moviepass concept was too good to last suggests we’re learning the wrong lessons from its demise. In one essential respect, Moviepass was an overwhelming success: It punctured Hollywood’s asinine approach to millennials and moviegoing.

Too often, the industry sounds a defeatist alarm about the inability to compete with millennials’ “addiction” to streaming, video games, and smartphones. The solution of “this movie is so big you can’t miss it on the big screen” has its virtues, but it completely misses the lessons of Spotify and Netflix.

Movies failed to adapt to the first generation of digital natives, who like the flexibility of subscriptions and the ability to sample. Subscription services remove the millennial speed bump of asking, “Is this movie worth $15?” It encourages a mindset of exploration without consequence, similar to how Netflix customers click on an intriguing documentary.

Studies show subscription services increase moviegoing, especially during the week and the middle of the day, when theaters are at their emptiest. Data also shows they increase tickets sales of non-blockbuster new releases, as well as concessions.

My wife and I aren’t millennials (though she’d like it noted she missed the cutoff by mere months), but we are the last generation that didn’t grow up with the internet. One recent evening, after getting our baby to sleep, we had a rare night to watch a movie together. The movie we wanted wasn’t available on our abundance of streaming subscriptions or on our overpriced cable service. When we found it on VOD to rent for $2.99 (“We might fall asleep, maybe we shouldn’t rent it”), or buy for $8.99 (“I don’t want to own this, do you?”), we settled for streaming something on Netflix.

We let $2.99 or $8.99 get in the way of having the exact movie we wanted delivered in HD to our living room with a click. Beyond being an easy tax write-off for both of us, the $8.99 didn’t factor in 10 minutes earlier when we couldn’t decide on scallion pancakes or dumplings, so we ordered both. It wouldn’t have factored in if we were at the movie theater (spending $30 on tickets) and we ordered drinks. And it certainly didn’t factor in 12 years ago, when we were poorer and building a massive DVD collection. In reflecting on the absurdity of not making that purchase, I realized how much all of us had changed in our entertainment consumer habits.

While my 21-year-old students may never understand my nostalgia for the agony and joy of being in a record store with enough money to buy only one album, I’d be lying if I said Spotify hadn’t improved my enjoyment of music. I try a wider variety of music and each year the music industry gets $120 from me that they could no longer expect me to spend. And while I write for IndieWire, which means I attend press screenings and receive screeners, I’ve enjoyed my Moviepass card for the same reasons. I doubt that I’ve saved all that much money with it, but the mindset of exploration over calculation has brought me joy.

Based on what advertisers know about millennials, they respond to authentic and experiential activities — like moviegoing. I don’t fear a generational shift killing off something I’m so passionate about; I worry that the moribund combination of Hollywood and national theater chains are utterly disconnected from their audiences. I worry about a world in which Netflix knows what each member of a household watches when, and on what device, but the major theater that got my $15 last night to see “Blindspotting” (because my Moviepass didn’t work) doesn’t know my age, gender, race, movie-consumption patterns, or the factors that made me choose their theater to see that movie. Theaters don’t even know if I bought a popcorn. From politics to sports to technology coming out of Silicon Valley, data determines everything, except moviegoing.

Subscription moviegoing cards will continue because they are good business, but they will likely be siloed with choices limited by each chain offering their own plan. The prospect that AMC theaters, which own 50 percent of the theaters in the U.S., will be the ones to benefit from Moviepass’ failures is disappointing.

The Moviepass legacy I prefer to remember is the Trader Joe’s cashier who figured out I write about movies and asked what she and co-workers should see with their Moviepasses before their 2pm shift the next day. I found an 11:30am screening of “The Florida Project” down the street. They’d never heard of it, but were willing to give it try. A month later, when I was on paternity leave, I saw the same woman with her Trader Joe’s crew at a matinee of “Annihilation.” They came up to me, big tub of shared popcorn in hand, to talk about the end of “The Florida Project,” which they were still debating.

Moviepass wasn’t “too good to last.” Yes, the owners made enormous mistakes and were not the right people to launch this service. But the lesson of Moviepass should be four 20-somethings, spending a combined $480 a year on movies, at a Tuesday matinee of “Annihilation” with a $10 bucket of popcorn in their hand, excited about movies and supplying data so a tech company knows what they might be interested in seeing next.