The super-simple crostata that sparked an 18-year friendship

Even though Anna and I grew up on opposite sides of the globe, we had so much in common 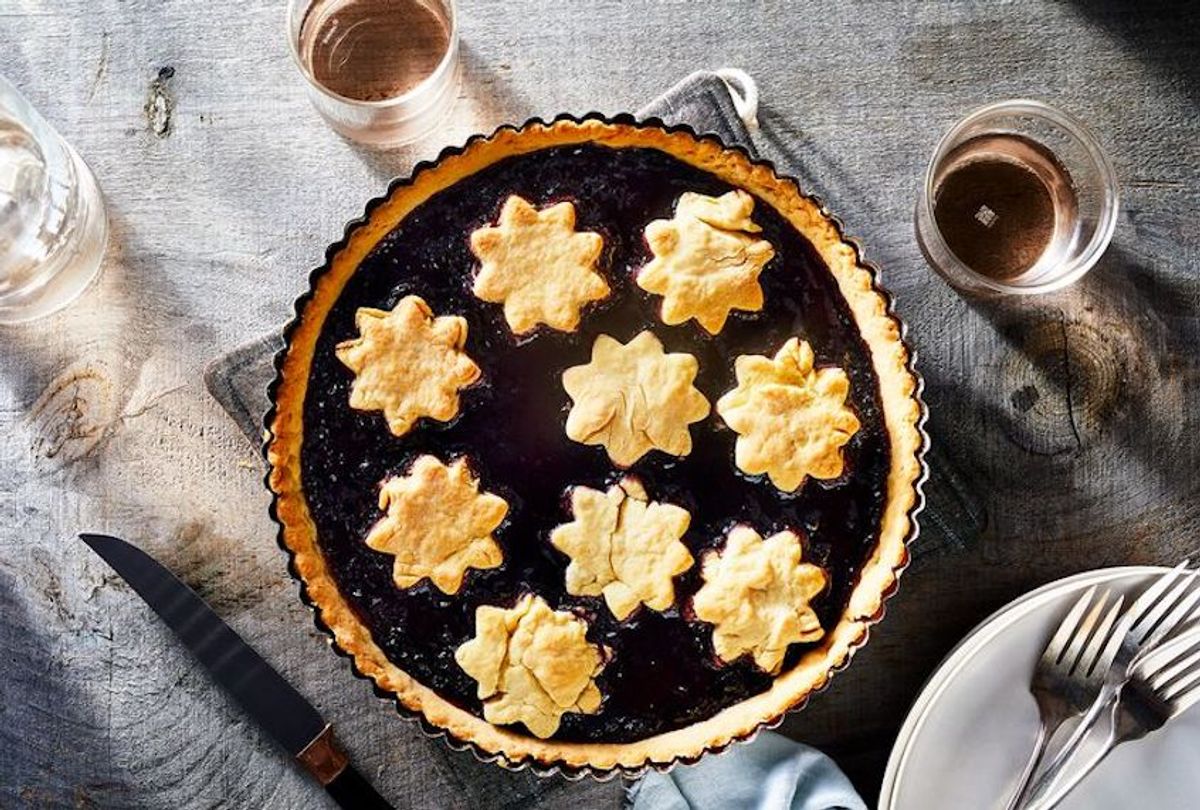 I met Anna on the first day of International Students’ Orientation at Boston University. She was a graduate exchange student in the Sociology department, and I was starting a master’s program in Arts Administration. And we were both thousands of miles away from home — Indonesia for me, Italy for her.

Amid the throng of students, we somehow ended up sitting next to each other. Before I could even mutter a greeting, Anna looked me squarely in the eye and said, “Would you like to be my roommate?” The words rolled off her tongue as naturally as if she were asking me if the sky was blue.

I, on the other hand, was stunned. I wasn’t used to being propositioned in this way by strangers. I contemplated the lilt in her voice. I took in her gray-blue eyes, framed by a pair of black plastic frames. Her brown hair fell in waves around her pale face.

After I recovered from my initial surprise, we started talking. She was in Boston to study Italian-American ethnic identity in the city’s North End, as part of her degree with the University of Padova. In the coming months, I would learn that asking a stranger to move in with her was not even her boldest move.

Anna and I didn’t become roommates — she ended up moving in with two freshmen (a story for another day) — but we did become inseparable. When we weren’t in class, we would explore the city on foot. Our favorite route led us from the university campus at Kenmore Square through the Public Gardens, across Boston Common, to our favorite coffee shop, the now-closed Curious Liquids. Once there, we parked ourselves in a corner and nursed our coffees for hours.

Even though Anna and I grew up on opposite sides of the globe, we had so much in common. We were both deeply committed to our families back home. We shared a similar sense of humor. Above all, we bonded over food. Indonesians like to eat. Italians like to eat. It was a match made in culinary heaven.

When our limited grad student budget allowed, we would sample the Boston dining scene. The only two places we frequented in the North End were a pasticceria for cannoli and a hole-in-the-wall shop where we could buy two rectangular slices of Sicilian pizza and a soda for $2.50. Anna didn’t want to eat anywhere else (too expensive, not authentic) and always insisted she would cook for me.

Note: Before I met Anna, my experience with Italian cuisine was my mom’s version of spaghetti Bolognese made with bottled Ragu sauce and so much sugar it would put a candy store to shame. And mushrooms. So many mushrooms. Anna set me straight.

On many weekends, we retreated to my tiny brownstone apartment on the MBTA (Massachusetts Bay Transportation Authority) Green Line that shuddered and quaked every time the T passed by. In my postage stamp of a kitchen, Anna showed me that whipping up a homemade pizza was just as easy as calling Domino’s for delivery. (And much tastier!) She churned out simple pastas with whatever she found in my kitchen: anchovies, chili paste, lemons, parmesan. However, my favorite Anna-made-this-for-me dish was a lovely jam tart called crostata.

Anna knew the recipe by heart. She learned to make it as a child, she told me. It was a dessert you made at home, not something you would buy. I can still remember Anna whisking the ingredients — eggs, sugar, flour, baking powder, and butter — together in the largest bowl I had (which wasn’t very big). I didn’t have a rolling pin so she patted the dough into a circle with her palms. She spread a thin layer of store-bought jam, probably Smucker’s or some other brand that my pocketbook approved of. Then, she cut strips of dough to form a lattice on top.

The final product was divine. The crust was soft and buttery, the jam’s sweetness belying its humble processed origins. Needless to say, Anna’s crostata earned a spot on my list of unforgettable edibles.

Anna and I lived in the same city for only six months but we became as close as sorelle (sisters) and still keep in touch. Over the years, I’ve thought about Anna’s crostata several times. Sadly, the recipe I wrote down remained untouched — until I dug it up a few weeks ago.

The recipe was rudimentary, just a list of ingredients and brief instructions. Thankfully, Anna and I are connected on WhatsApp, so I sent her a message to ask for clarification.

“You know, that was probably the last crostata I baked,” she typed. “No Pat, no crostata party.”

I was surprised but secretly thrilled that we had an unspoken crostata treaty.

However, after 18 years — especially now that I have a husband and a child to share this lovely dish with — I refuse to let Anna’s crostata recipe languish any longer.