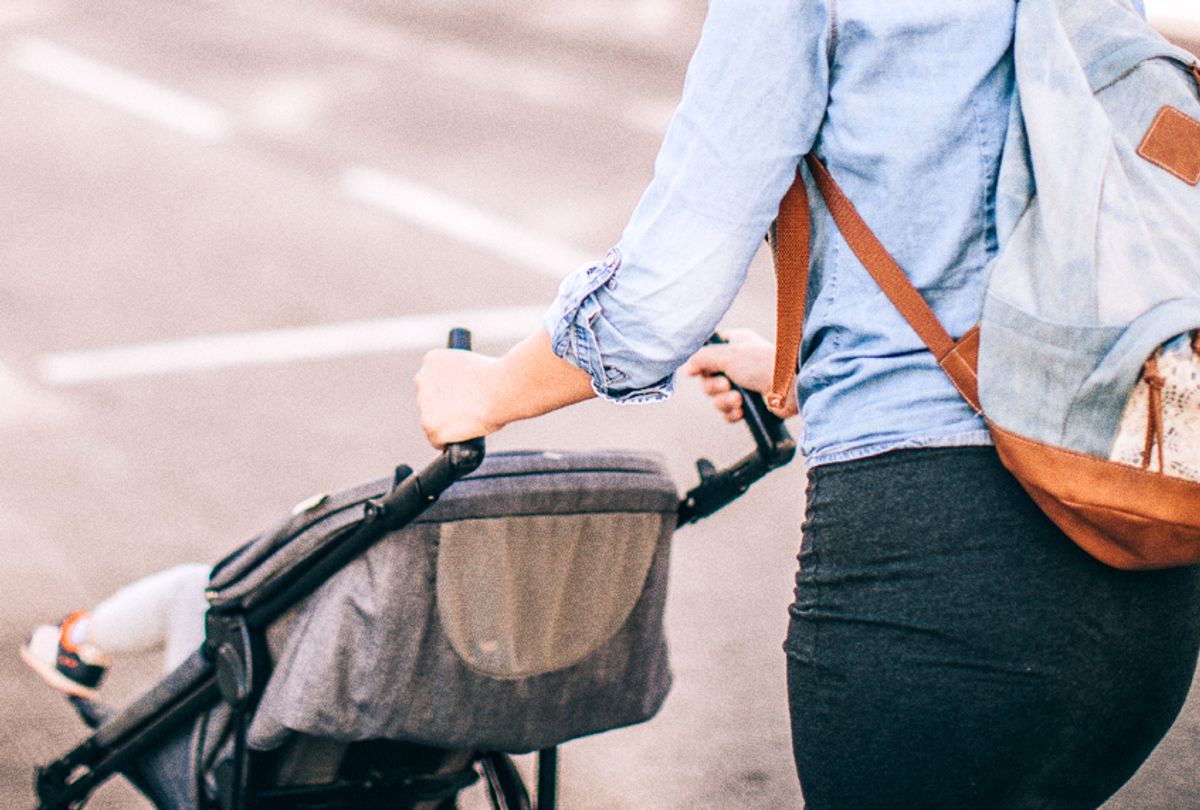 It’s hard to describe the fear that gripped me when I first realized my newborn son had a fairly serious immune deficiency and I didn’t have any paid family medical leave. He couldn’t be around other children for a long time. A mild cold for his playmates too often meant hospital visits for him. I had to leave the paid labor force.

Growing up with a primarily single mom, the importance of always having financial grounding was hammered into me. And there I was, in an unplanned departure from paid work, worried about my child's health.  I was able to get my son the care he needed because of my spouse’s healthcare coverage and paycheck. But not everyone is in that situation — and right now most families are flying without a true safety net.  In fact, having a baby is one of the leading causes of a poverty spell; and a full quarter of young families live in poverty.  To say this was a stressful, isolating, and financially vulnerable time for us is an understatement.

It doesn’t have to be this way.

The United States is the only industrialized country in the world without a national paid family and medical leave program, and as a result, millions of people in our nation find themselves in impossible situations. We can do better. We can pass a national paid family medical leave program that covers everyone — without putting people in impossible situations or asking new parents to jeopardize their future retirement security for paid parental leave now.
READ MORE: Why are Americans second-class citizens as compared to Europeans when it comes to digital privacy?
The impossible situation of having to choose between a paycheck that puts food on the table and time caring for a loved one in serious need aren’t limited by party affiliation. So it’s not surprising that the need for paid leave is (finally!) talked about by elected leaders on both sides of the aisle. But bipartisan support for the concept of not going broke simply because you had a baby isn’t enough. The details matter.

In good news, elected officials, including Republican U.S. Senators Marco Rubio, Mike Lee, and Joni Ernst, are newly interested in creating a national paid parental leave policy and are finally holding a hearing to discuss what that should look like. In bad news, their plan has missed the mark completely — robbing Peter to pay Paul, and leaving far too many behind.

Senator Rubio is proposing that new parents should borrow against their future Social Security to fund their paid leave when a new baby arrives. This forces another impossible choice on people who need time to care in moments that matter: Choose between your retirement or caring for your loved ones in times of serious need.

Social Security is the backbone of economic security for working families after retirement, in cases of disability, or of a death.  People are already struggling to save enough for retirement — and this critically important program shouldn’t be funded at the expense of our families’ futures.

And there’s another gaping hole in Sen. Rubio’s proposed policy: It doesn’t include time for caring for a seriously ill family member, leaving out the vast majority of people who need paid leave.  In fact, roughly three-quarters of people who took unpaid time off through the unpaid Family and Medical Leave Act (FMLA) did so to care for their own or the significant health crisis of a family member. It is hard enough to care for an aging mother or father who are in a health crisis without the added struggle of only being able to take unpaid leave.

At the very least, our updated national paid family and medical leave plan must reflect the reasons for taking time off put forth by the unpaid FMLA, including parental leave, critical family care leave, personal medical crisis leave, and military caregiving leave. All are essential; and no one should have to borrow against their future Social Security when a national paid leave policy is as affordable as a cup of coffee per week.

The people of our nation need and deserve both a comprehensive paid family and medical leave plan and Social Security. We have the ability to create that plan, and if Republicans like Sen. Rubio are serious about helping families, businesses, and our economy; then they should work across the aisle and consider a plan that is not only responsibly and sustainably funded, but also guarantees leave for all of the emergencies and unplanned moments that can happen in a lifetime.

When my son was born with an immune disorder, I felt alone and terrified. It’s a story I’ve told hundreds of times, and the more I’ve told it the less alone I’ve realized I was.

I’ve heard it echoed by millions of other moms and women across the country. It’s what spurred me to help create MomsRising. After all, over 80 percent of us become moms at some point in our lives — and because of this we experience increased wage and hiring discrimination and already have the lowest retirement savings (that we’d be stealing from if Sen. Rubio’s deeply flawed plan were to be made law).

We know a real national paid family and medical leave policy is long overdue, and as we get closer to November, we’re counting on our elected officials to lift policies like the FAMILY Act that would lift millions of families, businesses, and our economy.

Kristin Rowe-Finkbeiner is executive director and co-founder of MomsRising.org, a nonprofit national organization that supports policies to improve family economic security. She is the author of the recently released book, "Keep Marching: How Every Woman Can Take Action and Change Our World."

Kristin Rowe-Finkbeiner is executive director and co-founder of MomsRising.org, a nonprofit national organization that supports policies to improve family economic security. She is the author of the recently released book, "Keep Marching: How Every Woman Can Take Action and Change Our World."