"There were more jobs created under Barack Obama in the same timetable than under Donald Trump," Michael Blake said 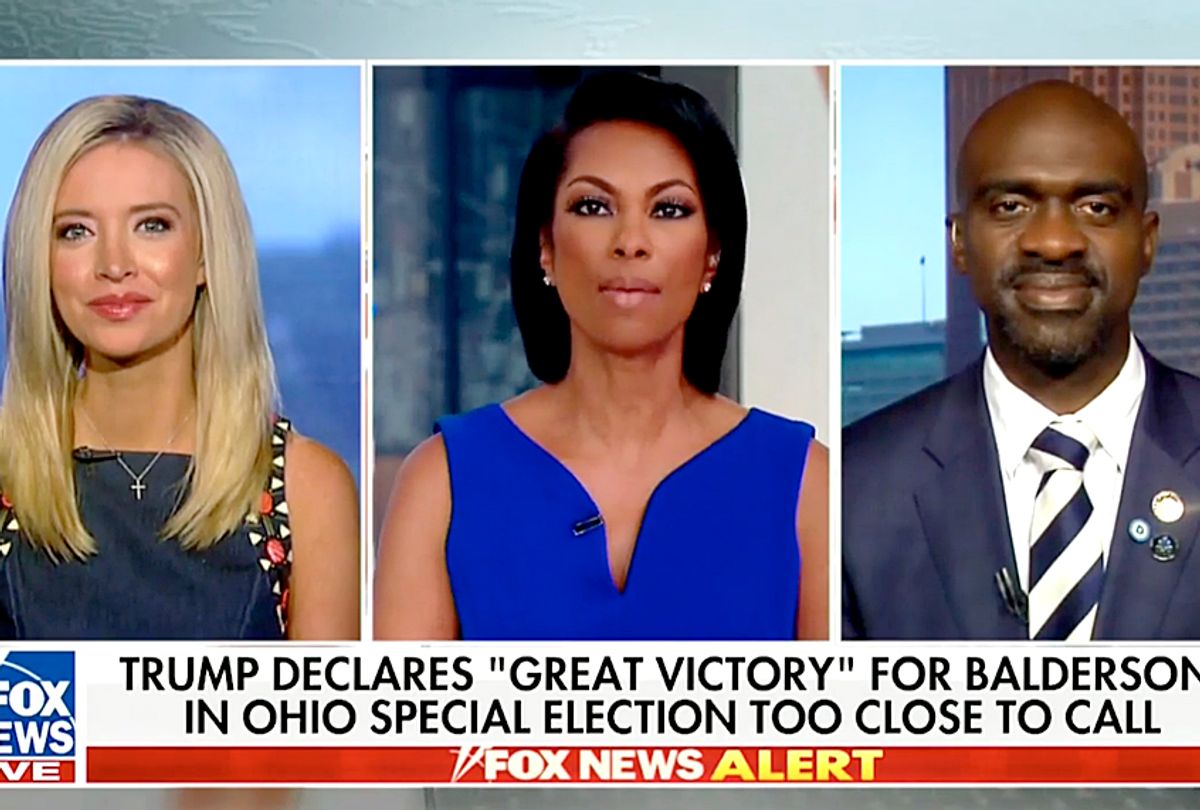 In the tense segment, guest Michael Blake sparred with two debate opponents — both the supposedly "fair and balanced" host and the GOP official — equipped with the same Republican talking points about the president's political prowess ahead of this fall's midterm elections.

"You have a kingmaker on the road now," Faulkner declared to open the segment, referring to President Donald Trump's endorsements. "He was already 21-1," she added, and "after last night the president is again strong."

“Not a kingmaker at all,” Blake contested.

“I mean, let’s be clear," the New York State Assemblyman insisted, correcting the record on Tuesday's special election result in Ohio's 12th congressional district – a Republican stronghold where Trump's endorsement was not enough to save the GOP candidate from a recount. "[F]irst, that the race is not called. It won’t be until Aug. 24 until we have the provisional ballots in," Blake continued.

"He definitely had an impact on the base, as he should," Blake said of Trump. "We’re talking about a seat that has been in Republican hands for decades.”

After frequent Fox News guest Kayleigh McEnany tried to push back by claiming that "last night was a showcase of the power of this president,” Faulkner picked up the baton.

“You don’t want to call him a kingmaker, but he is going to be on the trail,” Faulkner continued.

“And we welcome him and his failed agenda to come along with it across the country,” the Democratic official shot back. “You want to talk about kingmaker, he's the reason why Conor Lamb was elected in Pennsylvania or Doug Jones in Alabama.”

Faulker then quickly cut Blake off in order to sing from Trump's sheet music again.

“Let me step in there because I want to understand what you mean by failed agenda,” she asked. “The economy is cooking along. We have more jobs than we have people looking because we have got to get in there and train and give access. I mean, these numbers are incredible!”

The Fox host continued to rave: “And not to put too fine a point on it, look what it is among African-Americans and Hispanics – historic. So what do you mean, failed agenda?”

“Harris, your talking points are failed,” Blake said flatly. “Let’s be clear. First of all, there were more jobs created under Barack Obama in the same timetable than under Donald Trump: one. Two: wages have not gone up. Three: clearly the tariffs –”

You can watch the entire segment via Mediaite here.