"Just like catcalling, I don’t owe a response to unsolicited requests from men with bad intentions" 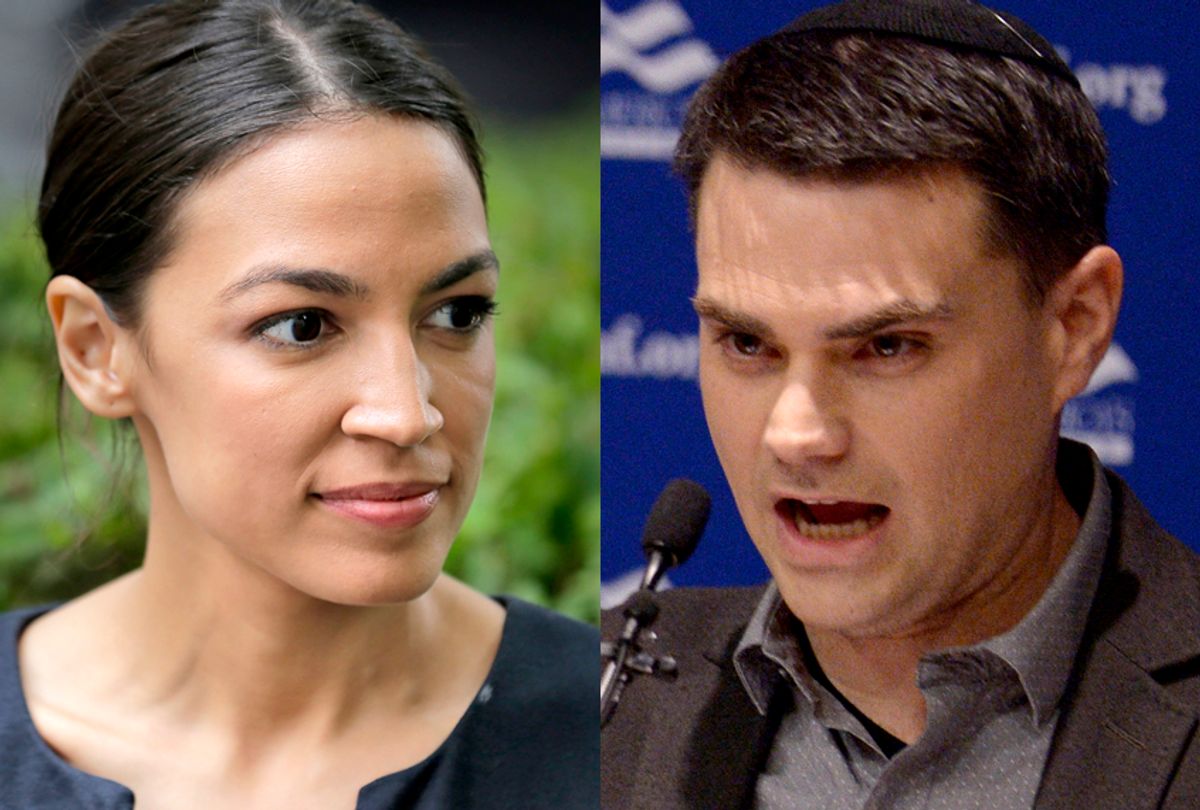 Conservative and notorious racist Ben Shapiro is apparently, like many right-wing commentators, obsessed with New York Democratic congressional candidate Alexandria Ocasio-Cortez, and so he decided this week to offer a $10,000 donation to her campaign in exchange for having a debate.

On Thursday night, Ocasio-Cortez shut down the gimmicky cry for attention with a simple — yet powerful — tweet.

"Just like catcalling, I don’t owe a response to unsolicited requests from men with bad intentions," she said of the demands that she debate Shapiro. "And also like catcalling, for some reason they feel entitled to one."

The brief comment exposed a lot about the reaction to Ocasio-Cortez's candidacy. Since she won her district primary race in a stunning upset, Ocasio-Cortez has drawn extensive criticism from the right — completely out of proportion to the attention paid to the hundreds of other congressional candidates across the country.

The tweet points out the gendered dimension of this attention. As a young woman candidate for national office, many people expect her to earn her place in a way that older, more established (and usually male) candidates are never expected to. There seems to be a misogynistic assumption that, because she's a woman, she needs to justify her candidacy in some special way — especially when it's a man who is making the demand.

And in Shapiro's case, there's also a blatant and shameless effort to leverage her fame and success to promote his own brand of irreverent and puerile conservatism.