Bill Maher reveals himself to be Q, has a message for his QAnon followers

In QAnon, everything is the opposite as it appears, which makes liberal Trump critic Bill Maher the real Q 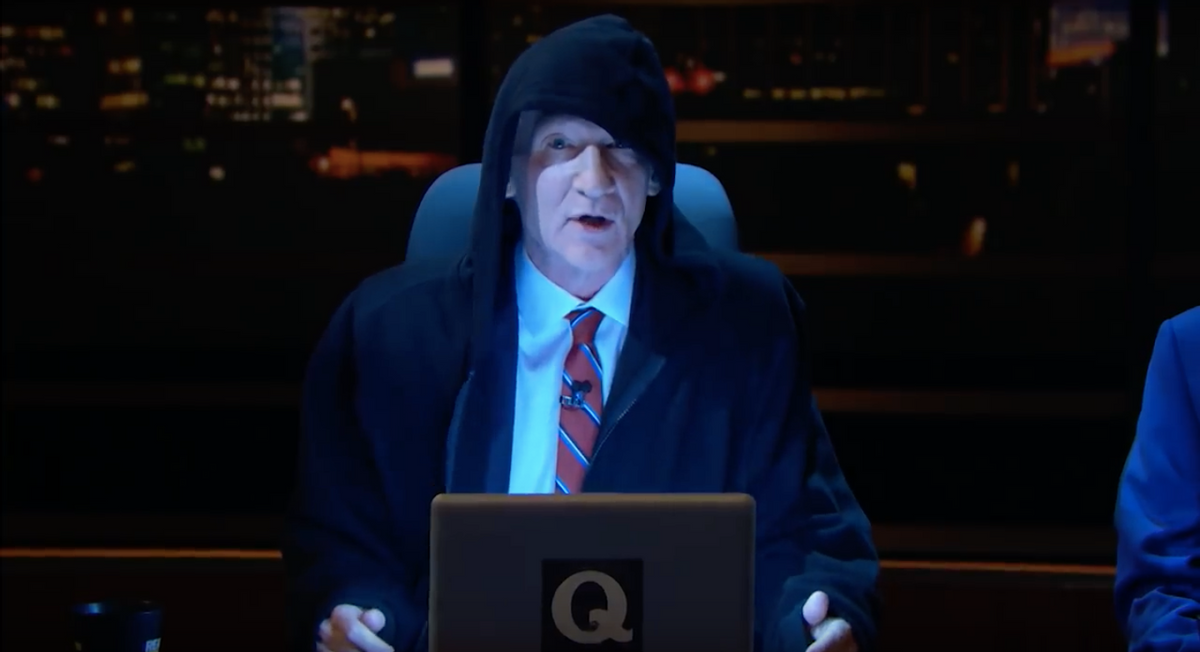 Bill Maher has always been a reluctant observer of conservative politics. The "Real Time" host was one of the first to identify the right's tendency to believe in conspiracy theories.

On Friday, Maher ended his show by noting that almost half of Republicans believed that Hillary Clinton was running a pedophilia ring in a pizza parlor. But the conspiracy didn't end there, Maher explained.

"It turns out that was just the tip of the iceberg," he said. "And frankly, it would be easier to find a powerful person who isn't a pedophile. George Soros is one. And so are the Rothschilds. John McCain . . . And every president since Reagan."

In QAnon, Trump is actually the hero whose election win in 2016 allowed him to shut down the rampant pedophilia in Washington. In fact, Trump's own disgusting behavior, such as talking about his daughter as if she was a sex object, has been a cover seen so he can be in place to strike back against the pedophile rings.

"The most important thing to remember is that everything is the opposite as it appears. Every time Trump appears to be a dumb, bumbling idiot, that is evidence of the exact opposite," Maher said of the QAnon mantra.

"The only thing that would make more sense would be finding out that a Trump-loathing, conservative baiter like me is Q," he added. "Which is why it is true. I am Q. I am revealing it now."

Maher then put on a hoodie and a voice modifier to prove it.

"It feels so good to finally be myself," he said.

"My entire life has been a sham that gave me the perfect cover to be your source for what's really happening America," he continued. "The drugs, the atheism, the stuff in the Playboy Mansion. I did that to throw everyone off the scent. I am actually a Presbyterian who goes to church every Sunday with my wife and our homeschooled twins. The pot that I smoke is oregano and the jokes I tell in my monologue are actually coded messages."

To end the show, Maher had a message for the QAnon faithful.

"Keep posting your memes," he said. "Keep believing everything Trump tells. And above all, on Tuesday, November 6, stay at home."

Watch the bit below: