One organization's quest to restore the oyster capital of the world 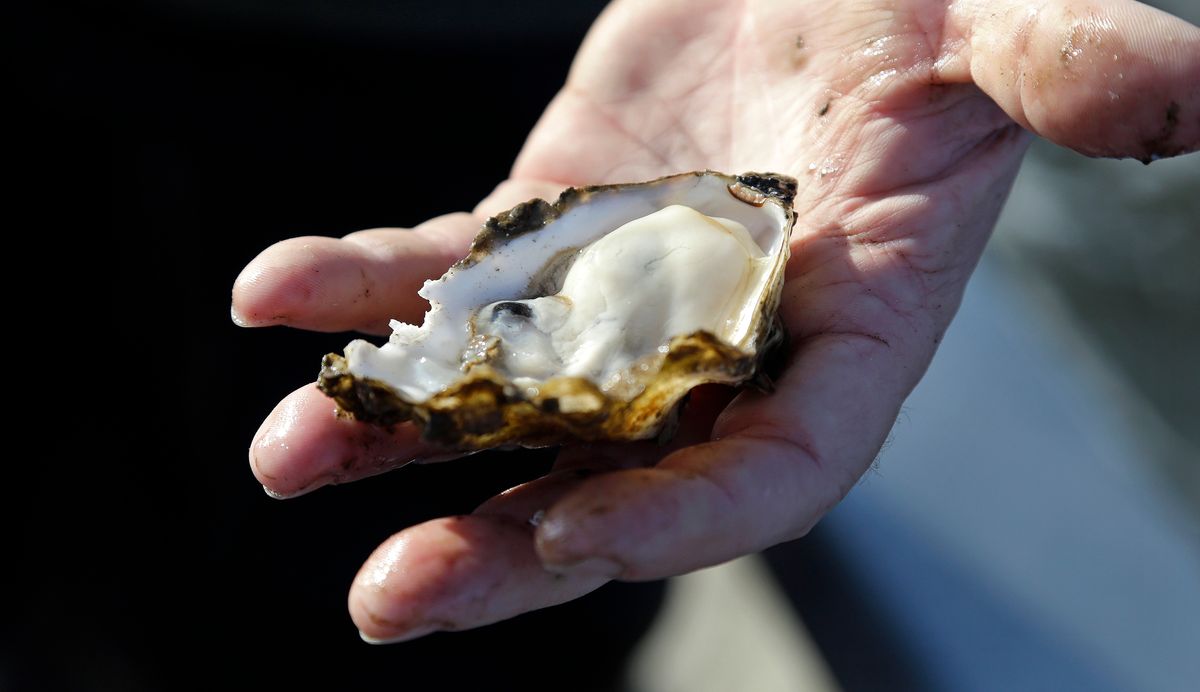 In the summer, Manhattan’s seemingly ubiquitous sidewalk chalkboards change their tune. They sport a new adage: “$1 oysters on the half shell.” Like sirens, they beckon, urging passersby inside with fresh briny bounty and, in a city where they’re increasingly harder to come by, the promise of a deal.

Patio sitters slurp happy hour bivalves to the tune of rush hour traffic, and as the sun sets on yet another languid summer day, the city’s kitchens are greeted by a very new, very seasonal, very specific kind of trash: heaps and heaps of craggy, gray oyster shells, hulking mounds of clacking detritus that tear seams in plastic trash bags.

One organization, the Billion Oyster Project, sees these shells not as refuse, but as a chance for renewal.

The New York City–based initiative traverses the five boroughs, collecting discarded oyster shells from over 70 restaurants. The mission of the organization is to restabilize New York’s waterways by dumping massive amounts of oyster shells into the murky waters surrounding the city. It seems strange, yes, but the team at the Billion Oyster Project is onto something.

The shells, which would otherwise toil away in a landfill, are sent to New York Harbor, amassed in large numbers where they serve to anchor new reefs in the waters surrounding Manhattan.

The restaurant collection program is but one arm of the organization's oyster appreciation. Ultimately, they want to create an environment in New York Harbor that allows for live oysters to flourish in its waters. By 2035, they hope to have 100 billion oysters distributed around 100 acres of reef.

The inspiration for their project is rooted in history. The Billion Oyster Project calls upon New York Harbor’s rich legacy as one of the most productive and plentiful water spaces in the North Atlantic. Their mission hearkens to a day when New York City once proudly wore the label of oyster capital of the world.

Long before English explorer Henry Hudson arrived in what is now New York Harbor, the Lenape people (New York’s native population) were pulling from the waters great quantities of oysters. Early European settlers marveled at the size and number of the bounty upon their arrival.

Much has been said about New York City’s long history with the famous fruit of the sea: That there once existed over 200,000 acres of oyster reefs in the waters surrounding the city. That before hotdogs and dollar slices, oysters on the half shell were the city’s most iconic street food. That Pearl Street, a downtown thoroughfare, was named after the shell’s iridescent contents. That the whole city once shut down to honor Thomas Downing, a famed and beloved black oyster salesman.

Yet much of that reality slipped away as the city, and its pollution, multiplied. Contaminated waters combined with overharvesting led to the city’s closing of their oyster beds in 1927. Oyster consumption continued, but at a reduced scale. New Yorkers were no longer eating their very own oysters, and New York City was no longer the world’s oyster capital.

The Billion Oyster Project hopes to reinstate that legacy.

The organization's goal isn’t just waste management, but to use the oysters to restore environmental equilibrium to New York Harbor. According to Maddy Wachtel, who runs the restaurant collection program, “The primary benefits of having oysters is that they help with the balancing and filtering of different elements in the water. They also provide a lot of habitats for marine species. They can also protect the shoreline.”

In addition to the restaurants from which they collect discarded shells, the organization is quick to engage other institutions: “We work with many schools across the city, nearly a hundred. The New York Harbor School, located on Governors Island, is a maritime high school—the students are taking on a significant leadership role by helping us out in the field, thereby gaining technical skills like growing oysters, welding reef structures, and ocean engineering.”

Unfortunately, due to the level of water pollution surrounding New York, the oysters themselves aren’t edible. “At the moment we have six oyster reefs involved across the five boroughs. We’re working on five more now,” Jennifer Ballesteros, the Communications Manager at the Billion Oyster Project tells me.

There's one in Canarsie and another by Governors Island. They just recently installed one near Coney Island. Ballesteros mentions some by Jamaica Bay, as well. Some reefs, like the ones they're installing near Staten Island, will help with breakwaters, easing the sometimes violent flow of water as it enters the harbor. They estimate that this may help temper the damage done by storms like Sandy.

There are two types of oysters that comprise every new reef: live oysters that attach themselves to the top where they filter water, and dead ones at the bottom, a giant mound of shells licked clean by hungry New Yorkers across the city.

“In the beginning it was just myself and a teammate who would walk into restaurants and try to sell them on our program,” Wachtel remembers. Now, she traverses the city visiting her cadre of over 70 restaurants, often multiple times a week. (Depending on the restaurant, she’ll give them a five-gallon bucket, a 32-gallon bin, or a 64-gallon barrel.) “We try to share with the restaurants we work with the history of New York harbor and why it’s important that oysters live there. We try to make the whole process as straightforward as possible.”

Earlier this month, Blue Point Brewing pledged $20,000 to the nonprofit and released a beer to honor the organization’s work. They're titling their new ale, aptly: Good Reef Ale.

So much of the energy at the Billion Oyster Project is spent on education. Ensuring that not just students, but also New Yorkers at large, understand the important of the waterways around them: “There’s a way for all people to learn about their blue space in the way they learn about their green space,” Wachtel says.

Thomas Downing and his iconic oyster restaurant are but relics of the past, and oyster carts no longer dot the city’s streets. Yet oysters, as part of the fabric of New York, are here to stay: The shells New Yorkers slurp on hot summer afternoons may no longer come from their surrounding waters, but that doesn’t mean that isn’t where they’ll end up.