Billy Joel's "River of Dreams" at 25: Why his most personal work was a perfect last record

The Piano Man hasn't released a new studio album since 1993. 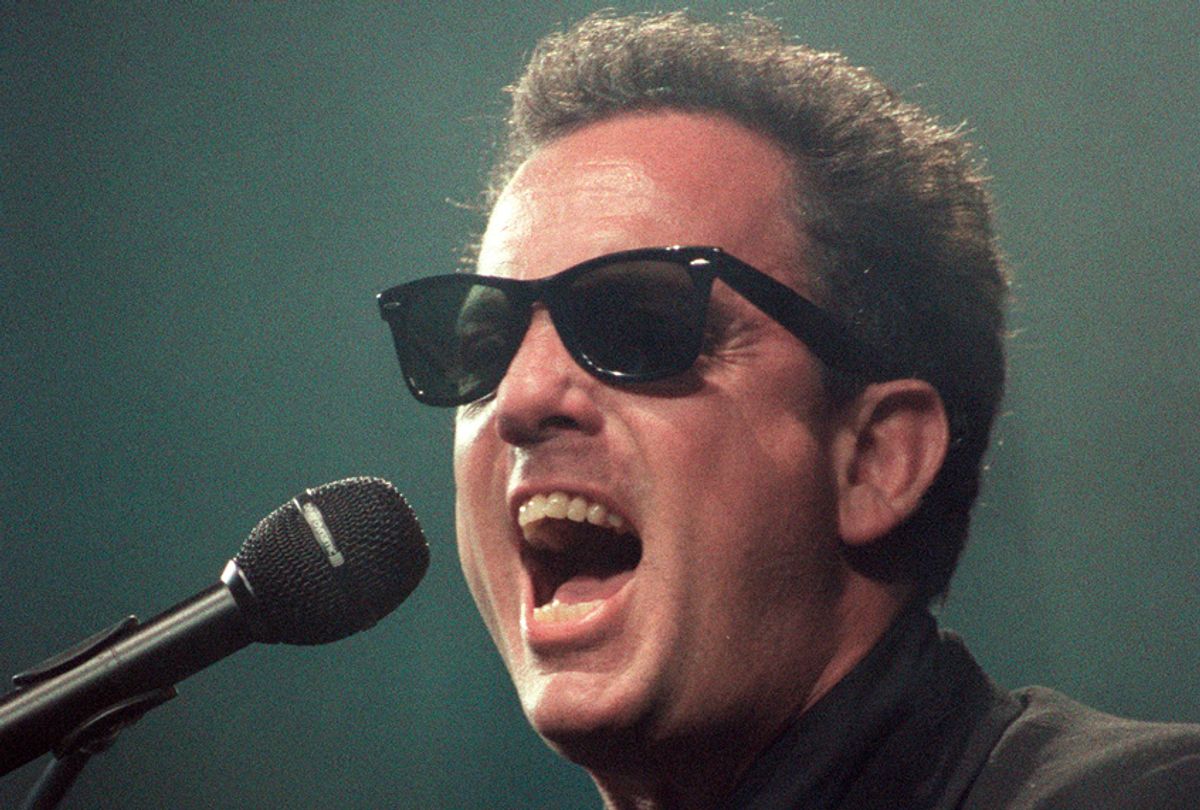 On August 10, 1993, Billy Joel released his last studio album to date, "River of Dreams." The album debuted at No. 1 and spent three weeks atop the charts, thanks in no small part to the title track, which landed at No. 3 on the singles charts. By March 1994, "River of Dreams" had been certified quadruple platinum; spawned a second Top 40 hit, the No. 29-peaking "All About Soul"; and nabbed a Grammy nomination for Album of the Year. The song "The River of Dreams" was also nominated for three Grammys, and Joel still plays it live during his concerts.

In other words, there was nothing to indicate Joel or the album was anything less than a success — until the musician's recent excellent Vulture interview with David Marchese. During the wide-ranging discussion, the musician spoke frankly about why he stopped releasing records after "River of Dreams," which he deemed "as good and maybe better than a lot of other albums that I had made" in the past.

"The thing was, I put a lot of work into 'River of Dreams,' and it was as if the business had left me behind, because there are substantial songs on that album that never went anywhere," Joel said. "So I said, 'What’s the point of putting myself through writing and recording if it doesn’t mean what it’s supposed to mean out there in the world?' You work so hard on your stuff and you want people to hear it. If it doesn’t get exposure — the nature of the album format is for that album to get disseminated, and 'River of Dreams' didn’t."

When Marchese asked Joel how much better "River of Dreams" needed to perform for him to continue recording albums, he responded, "I don’t know. I just had higher expectations for it. Then the record company came in and said, 'Okay, what’s your next album going to be?' And I went, 'No, that’s it.'"

By most metrics, an album that shipped four million copies wouldn't be considered underperforming, even by 1994 standards, when album sales were booming. (In an interesting twist, "River of Dreams" was certified quintuple platinum in 2001 — meaning it's officially shipped more copies than Joel's 1989 four-times-platinum blockbuster "Storm Front," which spawned two massive Top 10 hits, including the No. 1 "We Didn't Start the Fire.")

Charts and awards are only superficial measures of a record's success, of course, especially for a perfectionist like Billy Joel. But it's easy to see why the relatively muted reaction to the album beyond the first two singles — "Lullabye (Goodnight, My Angel)" hit No. 18 at the Adult Contemporary charts and "No Man's Land" peaked in the same position on the Mainstream Rock charts — might have stung.

For starters, Joel was clearly looking to evolve with the sonic times, and hitched his creative wagon to co-producer/guitarist Danny Kortchmar, who had great success in the preceding years guiding established rockers Don Henley and Jon Bon Jovi to great success. In hindsight, "River of Dreams" feels like a Billy Joel album that would be released at the height of the grunge movement, in the sense that there's ferocity and anger that gives the music teeth. Loud, ringing guitars and stomping drums give "No Man's Land" the feel of a fire-and-brimstone sermon, while the glammy "Shades of Grey" is flashy and theatrical, with lightning-bolt metallic riffs adding a hard rock sheen.

But unlike many of the seasoned musicians that went new wave and disco in the '70s and '80s, Joel doesn't adopt dated musical flourishes in the name of relevance (even if "All About Soul" features backing vocals from then-hot pop troupe Color Me Badd, among others). "River of Dreams" assimilates styles of music he appreciates — blues, R&B, gospel, '50s rock, classical, wiry hard rock — in bold, open-hearted ways. There are even rhythmic nods to the new wave funk of Police and Talking Heads, which gives certain songs a spry backdrop that's seamless.

"There's no tune on there where Billy's flat-out doing someone else," Kortchmar said in "Billy Joel: The Definitive Biography." "He really sounds like himself. One of the things he told me was: 'You know, all my hits were novelty records—"Tell Her About It" was Motown, "The Longest Time" was doo-wop, "Uptown Girl" was the Four Seasons.'"

This assessment isn't entirely true — the chorus of "The Great Wall of China" in particular resembles the kind of fizzy orchestral-pop Ringo Starr favors writing, while Joel often assumes different vocal styles, from grizzled R&B singer to '50s rock crooner, to fit each song. There's a lot to like about the album beyond the hits — and, perhaps more important, it's aged better than other Joel albums.

More than that, "River of Dreams" meant a lot to Joel, because it was "the most personal body of work I've done," he said during a 1993 interview with Charlie Rose. "I would have to say that's what makes this one different than the other albums I've done. There was always a certain amount of personal interjection in the other albums—but this one is completely, from the first song to the last song, dealing with things to do with me."

One oft-mentioned cut is "The Great Wall of China," which is widely considered to be about former manager Frank Weber, with whom he was battling in court. (Witness the shady kiss-off line: "In lieu of diamonds, gold and platinum reminders will still shine bright.") But "River of Dreams" is a classic emotional crossroads album: Joel exudes various amounts of frustration, self-pity and restlessness, spiced up with the occasional get-off-my-lawn moment (the suburban takedown "No Man's Land"), before becoming more contemplative.

The gospel-inspired title track is deceptively breezy: It's about a man unmoored, and hoping he can find faith, no matter what form it takes. "All About Soul" extols the virtues of a relationship built on a deeper, meaningful foundation, while "Lullabye (Goodnight, My Angel)" is a soothing song to his then-young daughter, Alexa, about the eternal nature of love.

"I can still hear the bitterness and disappointment I was feeling at that time, and then a grasping for a renewal of faith that happened on the second side of the album," Joel said in "Billy Joel: The Definitive Biography." "It's about a guy who goes through a whole period of disenchantment and disillusionment and anger, but who finds his faith being renewed in things like family and children, the things that are important in life. And with that transition, the album feels to me like a cohesive journey."

In light of that, "River of Dreams" feels like the perfect capper to Joel's career. He had nothing more to prove, artistically or creatively, and he stepped away on his own terms. Not all artists have the self-assurance to do that, which is why so many continue to make music well after they've run out of ideas.

In fact, it's both admirable and brave for a musician to just up and quit, and decide that he can't live up to his own high standards — much less anyone else's expectations. "I couldn’t be as good as I wanted to be," Joel told Vulture. "I was always trying to feel like there was a real progression in my work, and eventually I realized I was only going to be X good. Because of that I knew I was going to beat myself up for not being better. So I stopped. That’s it."

Twenty-five years later, Joel's decision to walk away from the recording side looks rather prescient. If he was dismayed at the music industry in 1993 — "I’d realized that if a song wasn’t a hit single it didn’t matter, and I didn’t want to go in that direction," he told Vulture — he'd be even more frustrated today, in the age of streaming and ever-diminishing physical record sales. But Joel left the studio album business with his integrity and dignity intact — and can now take leisurely concert victory laps, while hanging with friends such as Axl Rose and Bruce Springsteen, and add to his legacy firmly on his own terms.