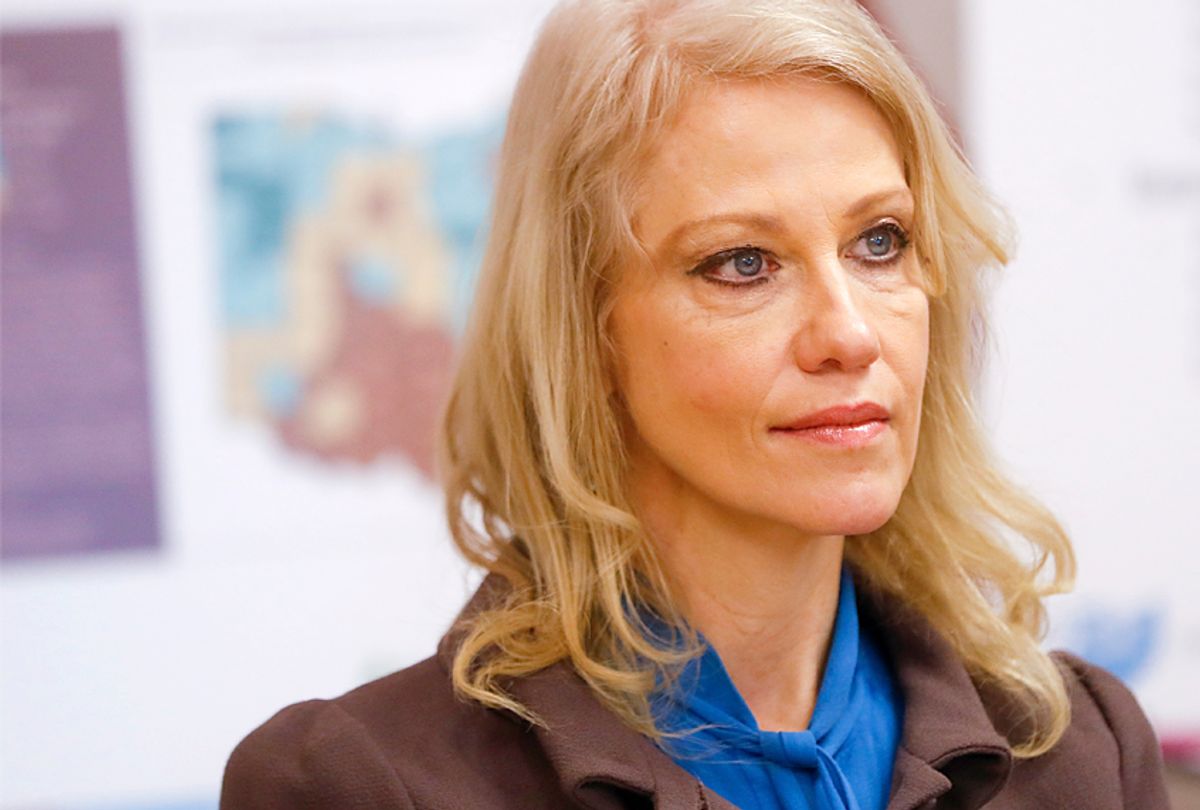 The Trump administration is not exactly known for celebrating racial minorities. For the longest time, the most prominent black White House staffer was Omarosa Manigault.

But Omarosa left long ago, after an ugly departure that she has now chronicled in her new book.

The all-white makeup of the Trump White House has been stunningly documented. President Donald Trump recently posed for a photo with all of his interns. It's easy to see that diversity isn't much of a priority.

The White House has released this photo of Trump with the White House spring interns. Diversity this ain’t. pic.twitter.com/Y1xtTrZIXy

Jonathan Karl, host of ABC's "This Week," confronted Kellyanne Conway on Sunday about this, asking the White House adviser if there are any staffers in the West Wing who are African American.

Conway struggled to name one.

Jonathan Karl asked Kellyanne Conway who the most senior African-American aide to the president was now that Omarosa is gone. 👀 pic.twitter.com/ziWMt3FeTU

She eventually named Ja’Ron Smith, who serves as a special assistant to the president for domestic policy. But Smith does not actually have an office in the West Wing, so, in reality, Conway failed to identify one African American who is working in that part of the White House.

Conway told Karl that Americans should not judge Trump by the racial composition of his staff, but “by the actions of the president.” This week marks the one year anniversary when Trump suggested there were "good people" among the white nationalist protesters in Charlottesville, Virginia.