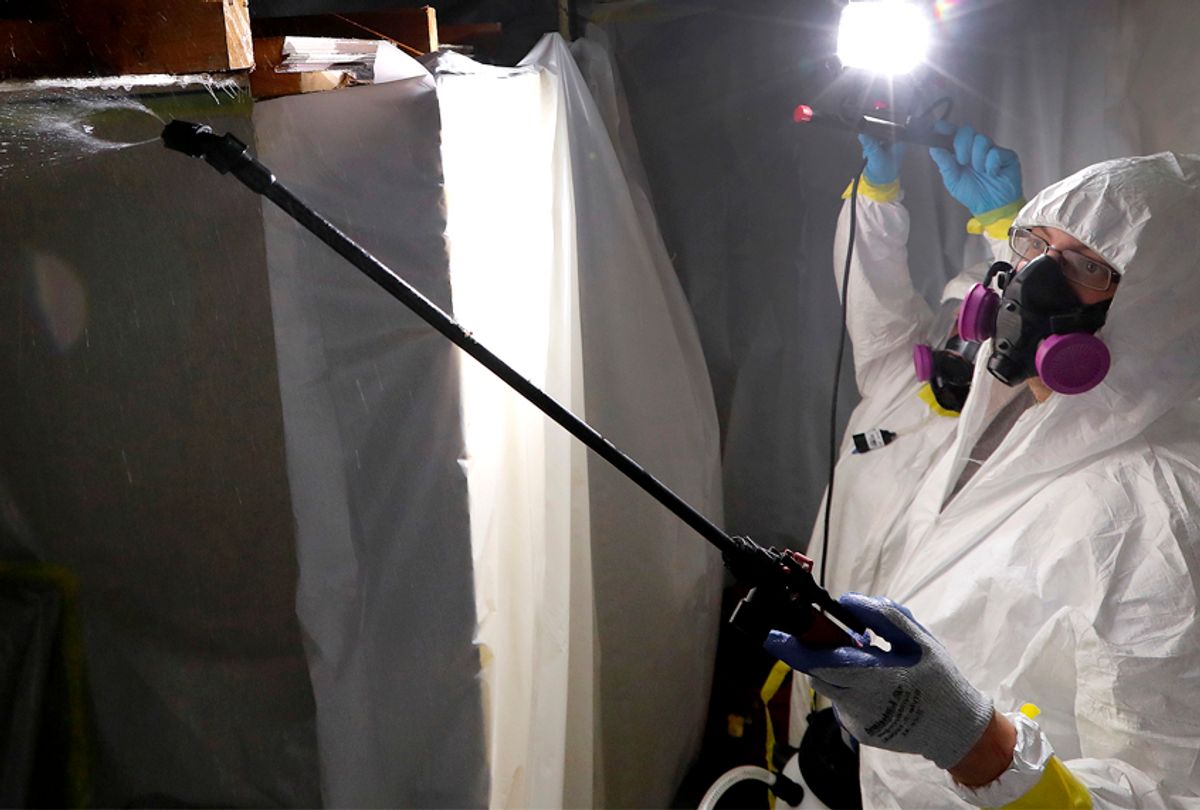 The U.S. Environmental Protection Agency is facing backlash over its Significant New Use Rule (SNUR) proposal on asbestos, bringing to light a larger public debate on why asbestos are still even allowed in the country at all.

Indeed, the public commenting period closed Friday for a proposed regulation that the EPA claims would strengthen oversight on asbestos by creating a new process for regulating its uses. However, opponents argue that the way in which the proposal is written could actually make it easier for asbestos to be used extensively.

To make matters worse, The New York Times published a report on Friday depicting internal tensions between upper management and EPA scientists around the proposal at the agency. That tension is spotlighted in an email exchange obtained by the outlet.

“I request that you hold an ADP workgroup meeting ASAP to talk through workgroup concerns and to explain the policy objective of the revised approach,” Sharon Cooperstein, an EPA policy analyst, wrote to Robert Courtnage, the associate chief of the agency's fibers and organics branch. “I think this is especially important in light of the extremely hazardous nature of the substance in question.”

Cooperstein’s email was in response to one from Courtnage, which had communicated the revision:

After sharing a draft of the proposed SNUR, OCSPP upper management asked us to take a different approach. Instead of requiring a significant new notice (SNUN) for all uses that are not ongoing, after listing and clarifying the currently ongoing uses would not require a SNUN, they have instead asked us to specifically list out certain uses that are no longer ongoing that will require a SNUN. This currently includes: arc chutes; reinforced plastics; pipeline wrap; separators in fuel cells and batteries; filler for acetylene cylinders; high grade electrical paper; millboard; missile liner; roofing felt; vinyl-asbestos floor tile; beater—add gaskets; extruded sealant tape; non—roofing adhesives, sealants, and coatings; and any building material other than asbestos cement.

Susan Fairchild, a senior environmental scientist at the agency, echoed what the criticism boils down to: “So under this new SNUN approach, if EPA failed to list one of the old uses that has been discontinued, or failed to correctly anticipate some other new use, then it seems to me that the manufacture of such a product would not be subject to the SNUR.”

Asbestos is a known carcinogen. The U.S. still allows limited use in products, including roofing materials. However, the toxic material is banned in 55 countries. In July, tests commissioned by the Environmental Working Group Action Fund found asbestos fibers in samples of children’s crayons. A report published Tuesday by the U.S. Public Interest Research Group Education Fund also revealed asbestos fibers in crayons, among other children’s school supplies.

Karen Selby, a registered nurse and patient advocate for the Mesothelioma Center, told Salon she is concerned about the EPA’s seemingly more relaxed approach to asbestos.

“I speak to patients who are sick every day, and there is such a great percentage of those who are coming down with this cancer (mesothelioma) and have no idea how early or when they were exposed to asbestos,” Selby told Salon. “Patients are getting younger, and we have more women – more young women – and children.”

Selby explained that mesothelioma can develop when asbestos fibers are inhaled. While we should naturally breathe them out, the fibers have a tiny hook; as a result, they can lodge on the lung. Moreover, it does not matter the quantity: Once one fiber is hooked on one’s lung, it could potentially cause scarring or cancer. “Anyone is subjected to it,” Selby added.

Rena Steinzor, a professor of environmental law at the University of Maryland, said she believes the EPA’s proposed rule would help close any loopholes.

“The way EPA plans to get a handle on what they are doing is to require them to notify the agency of all the imports of the stuff they undertake,” she told Salon via email. “Then EPA will evaluate what they want to do with the asbestos and say whether the new uses are allowed. The manufacturers would violate the law if they took the imported asbestos and made stuff out of it before they had gotten this approval.”

When asked about a ban, Steinzor said it would be “above EPA's pay grade.”

“EPA does not have statutory authority to bar imports of asbestos,” she told Salon. “Taking such action – and I mean no irony here, despite the president's extraordinary ignorance on the subject – would violate free trade rules."

“We will just have to hope that there aren’t any other uses EPA is missing," she added.