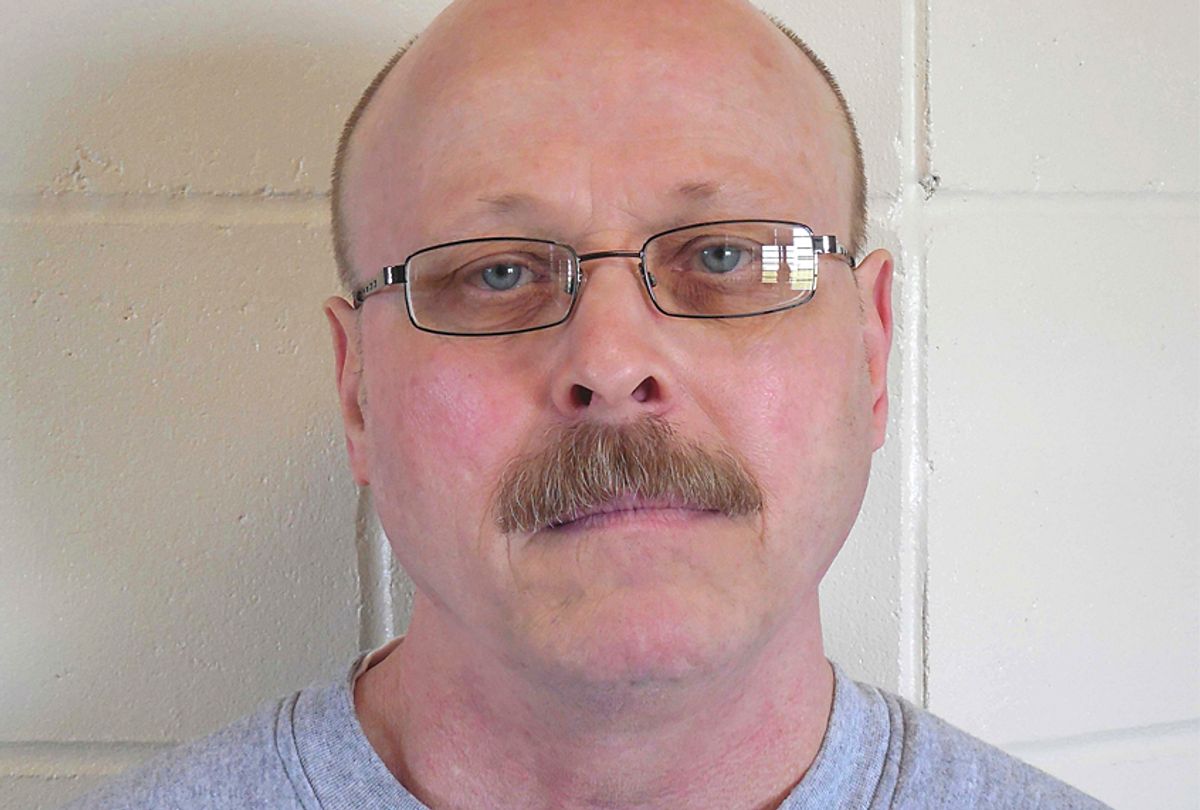 Carey Dean Moore, a 60-year-old inmate who spent almost half of his life on death row, can technically be added to the extensive list of Americans who have died from fentanyl, a commonly used opioid pain-killer. In Moore's case, it was not an accidental overdose — rather, fentanyl was part of a four-drug combination used in a lethal injection that marked Nebraska’s first execution since 1997 (when the state still used an electric chair).

All these events have raised significant questions about the death penalty in the Cornhusker State, including the way in which this execution was conducted.

Moore, who was convicted for killing two cab drivers in Omaha in 1979, was pronounced dead at 10:47 a.m. on Tuesday at  the state penitentiary in Lincoln, the state capital. Nebraska's unprecedented cocktail mix included four drugs, which is already unusual (traditional lethal injections comprise of a three-drug combination). Besides fentanyl citrate, the other drugs used were diazepam (better known under the trade name Valium), cisatracurium besylate (a muscle relaxant) and potassium chloride. The purpose of fentanyl, a pain medication that has helped to fuel the nation's opioid crisis, is unclear in this context, according to some death penalty experts.

Robert Dunham, executive director of the Death Penalty Information Center, told Salon that the use of fentanyl in this lethal injection highlights an ongoing problem at the state level regarding capital punishment: Some states are simply using whatever drugs they can acquire.

“It was one of the drugs that the state was able to get their hands on ... in a moment of unthinking honesty,” Dunham told Salon. “The problem with fentanyl is that a perfectly good medication is being misappropriated. It is being illegally purchased or prescribed and being used for non-medical purposes.”

Indeed, in this case there was already a brewing controversy around the drugs used, which caused a recent lawsuit filed by Fresenius Kabi, a drug manufacturer which alleged that Nebraska may have purchased its drugs illegally or improperly for this execution. The state attorney general’s office said the drugs were “purchased lawfully and pursuant to the state of Nebraska’s duty to carry out lawful capital sentences.” Nebraska officials also noted that the potassium chloride, which was meant to stop Moore’s heart, would have expired at the end of August, thus creating a sense of urgency for the execution.

According to the Omaha World-Herald, the execution went “smoothly.” Joe Duggan, a reporter at the paper, said that "the gravity of what was happening to [Moore] was clear on his face.” The execution took about 30 minutes, however, which Dunham said was “far longer than one would expect for a lethal injection.”

Reports from eyewitnesses have mentioned that Moore’s face went from red to purple, and at one point his “abdomen heaved and his breathing became faster.” His face reportedly did not change during his final minutes.

“I think we need to get opinions from doctors what that might signify, but it is not at all clear, and we can’t say it was a smooth or flawless execution,” Dunham added, saying that the autopsy report on Moore's death.

To put it this event in context, when Ángel Diaz was executed in Florida in 2006, it took him 34 minutes to die and some experts compared his execution to being ”tortured to death.” It was reported that Diaz shuddered on the gurney and appeared to be in pain.

Other experts told Salon that Tuesday's execution in Nebraska could be compared to an inhumane experiment.

“Nebraska’s use of a never-tried protocol with a never-tried drug such as fentanyl — in combination with a highly troublesome paralytic — was reckless and irresponsible,” Deborah Denno, a law professor at Fordham University and an expert on methods of execution, told Salon. “The execution was an experiment from the start, and the fact that Carey Dean Moore was also paralyzed means that he was unable to show pain or emotion.”

One of the drugs used in the execution cocktail, cisatracurium besylate, was intended to paralyze Moore's muscles.

Matt Maly, operations coordinator for Nebraskans for Alternatives to the Death Penalty, said he found it ironic that fentanyl was used.

“Yes, I think that amid the opioid crisis that America is facing, it is a bit ironic to execute someone with an opioid overdose,” he told Salon. “This was a first-time experiment, and Nebraskans don’t want that trial and error to be part of this process.”

Maly added that the secrecy around the purchase and source of the execution drugs was equally concerning.

“Nebraska is a conservative state, but that doesn’t mean Nebraskans are willing to give up transparency,” he said. “We still don’t know where these drugs were purchased from.”

Does this mean other states will start using fentanyl for lethal injections? Dunham said that remains unclear.

"I think it's too soon to tell," he said. "There are enough questions about what happened at the execution today that states may want to wait to have more answers before they move forward."