This is why Mayor Joseph Curtatone of Somerville, Massachusetts vows he “will never drink Sam Adams beer again" 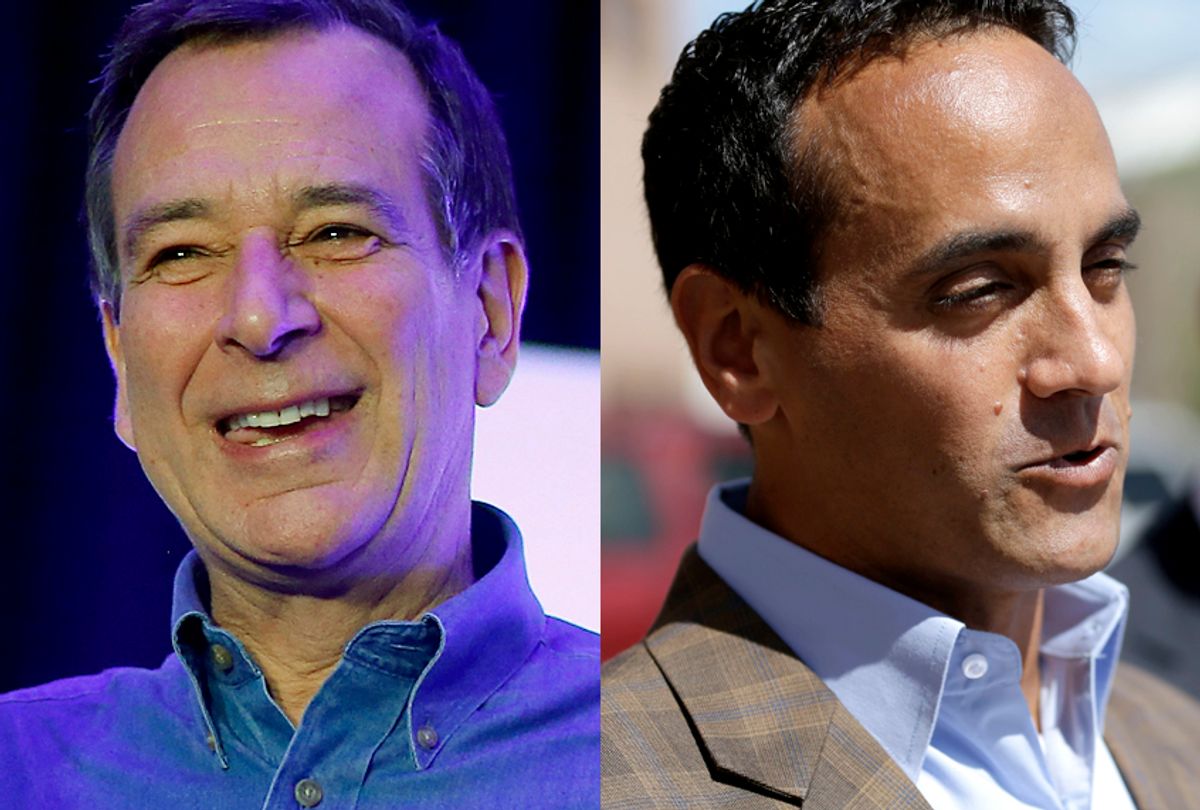 Koch is the founder of the Boston Beer Company, which brews the Sam Adams label. He was one of more than a dozen corporate leaders who visited Trump Aug. 7 at his golf resort in New Jersey. Other attendees at Trump National Golf Club in Bedminster included leaders from Boeing, FedEx and Mastercard, according to an official White House transcript.

"When I started Sam Adams, American beer was a joke, and it pissed me off. And now, American brewers make the best beer in the world," Koch said. "And the tax reform was a very big deal for all of us, because 85 percent of the beer made in the United States is owned by foreign companies."

Curtatone, a Democrat who has served eight terms in office and whose Twitter profile claims that he is "working 24/7 to make the American Urban Renaissance happen," subsequently tweeted on Sunday night that he “will never drink Sam Adams beer again.”

“We need to hold these complicit profiteers of Trump’s white nationalist agenda accountable!” Curtatone added in a separate tweet.

Hey Jim Koch! While you were thanking Trump for your tax break, did you happen to express any concern for the families separated under his cruel and inhumane immigration enforcement policy? @SamuelAdamsBeer https://t.co/UCywb9I7xE

In October 2016, Shannon Coulter, a brand and digital strategist, began the #GrabYourWallet hashtag encouraging people to take action against Trump by boycotting any business that affiliates with him or his family. To date, more than 60 retailers and nonprofits have followed her call to action. Ivanka Trump’s now-defunct fashion line was notably dropped by Gilt, Jet.com and Nordstrom, Jet.com.

In July, the first daughter announced that her fashion brand would be shutting down in order for her to pursue work her work as a senior advisor in the White House. "When we first started this brand, no one could have predicted the success that we would achieve," Ivanka Trump said in the statement. "After 17 months in Washington, I do not know when or if I will ever return to the business. But, I do know that my focus for the foreseeable future will be the work I am doing here in Washington, so making this decision now is the only fair outcome for my team and partners."

While Ivanka Trump notes the apparent conflict of interest and increased investment in her work at the White House as the key motivator for closing her fashion brand, her business had reportedly taken a significant blow as a result of the movement to boycott Trump.

On Tuesday, Curtatone doubled-down on his earlier comments, tweeting: "Got some people insisting they're going to make Sam Adams their beer of choice now because of something I tweeted. No, they won't."