Does a journalist have a First Amendment “right” to a press pass or a spot at a news conference? 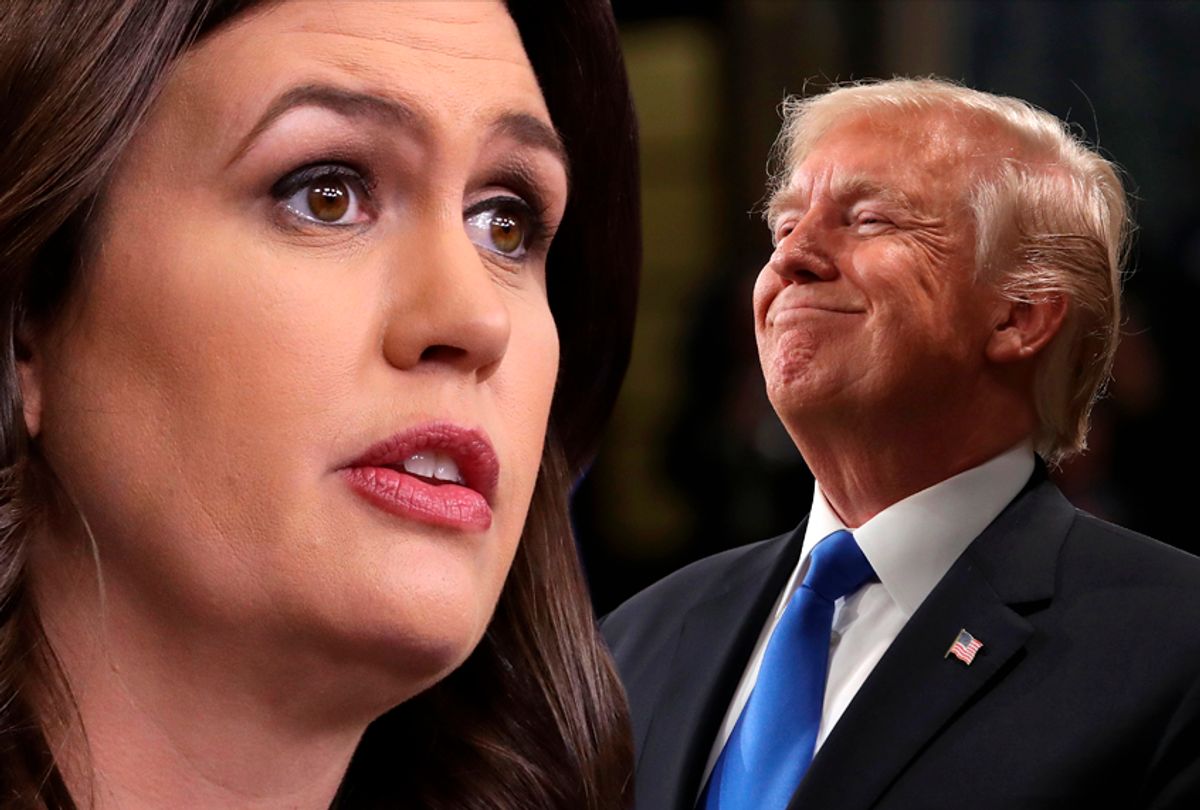 As long as reporters have covered government officials, they’ve sought greater access than the government was willing to allow.

The White House excluded a CNN reporter from an international trade announcement with the president of the European Commission on July 25, in apparent retaliation after she shouted unwelcome questions at President Donald Trump during an Oval Office appearance. Many observers viewed this move as an escalation of the Trump administration’s hostility toward journalists.

The Washington Post called the decision to exclude CNN’s Kaitlan Collins “highly unusual and possibly unprecedented.” Sen. Richard Blumenthal, D-Conn., called it “an offense against the First Amendment interests of all of us.”

But did the White House actually violate the Constitution?

As a media law professor, I regularly remind students that the First Amendment right of access to government officials, records and events is surprisingly uncertain. The First Amendment guarantees all Americans freedom to speak and publish without government interference. It has been broadly interpreted by the Supreme Court to forbid the government from restraining or punishing a speaker based on the content of the speaker’s message.

While journalists have a clearly established First Amendment right to publish the news they’ve gathered — even in extreme cases, like the leak of stolen Pentagon documents — it’s much less clear that the First Amendment protects the right to gather the news in the first place.

A right to publish, but not a "right to gather?"

CNN has not indicated that it plans to take any legal action over Collins’ exclusion. In addition to being awkward — imagine a journalist taking the witness stand to testify against the White House communications director — a court case over a withdrawn invitation would face legal obstacles.

The courts have refused to recognize an overarching “constitutional right of access” to government information. Instead, they have picked off cases with narrow, specific rulings.

For instance, the Supreme Court recognized in Richmond Newspapers v. Virginia that there is a constitutional right to cover a criminal trial. Likewise, federal appeals courts agree the First Amendment guarantees the right to videotape police making arrests in a public place. At the same time, judges have found no constitutional right to obtain government documents, or to enter crime scenes that are off-limits to the public.

Does CNN’s White House correspondent, or any journalist, have a First Amendment “right” to a press pass or a spot at a news conference?

Since the Supreme Court said in its 1972 Branzburg ruling that journalists have no right to insist on greater access than the general public, probably not.

That being said, journalists do have a right not to be retaliated against, regardless of what form the retaliation takes.

Retaliatory exclusions can violate the law

Even if attending a White House event is not a constitutionally guaranteed right, that doesn’t mean the government is free to take it away as a punishment. The government cannot take away even a purely discretionary privilege if the motive is to penalize speech.

Even though there is no entitlement to hold a government job, the Supreme Court decided in 1966 that public employment cannot be denied on the basis of viewpoint.

And even though there is no entitlement to receive a discretionary government grant, the justices ruled in 2013 that a grant cannot be denied because the applicant expresses a view different from the government’s.

In other words, any action by a government agency intended to punish or deter a speaker for unwanted speech can violate the Constitution.

That same legal principle would apply today if a federal official denied a government “privilege” to a journalist on the basis of a disagreeable viewpoint.

In the CNN situation, if Collins lost something of value, like the ability to attend a presidential appearance, because of the content of her speech, she has the essential ingredients of a First Amendment case.

The White House likely would argue that it was Collins’ method of delivery — raising her voice, after being asked not to — and not the content of her message that earned her a disinvitation.

That would make a First Amendment claim blurrier.

Government agencies can regulate the “time, place and manner” of speaking, the Supreme Court has ruled, as long as the restrictions are reasonable and enforced evenhandedly. Were a case to go to court, Collins and CNN might have to demonstrate that other journalists have shouted friendlier questions without consequence.

In a similar case in Maryland, a news organization lost a lawsuit against Maryland’s former governor.

The Maryland case shows how difficult it can be to prove a retaliation claim. In that 2006 case, a federal appeals court ruled that Gov. Robert Ehrlich did not violate The Baltimore Sun’s First Amendment rights by directing his administration to stop returning calls or granting interviews to a reporter and columnist whose coverage Ehrlich considered unfair.

The appellate judges found the idea of a “right” to interview the governor’s aides to be a problem. If The Sun could sue over being denied access to the governor’s staff, they said, what would stop a reporter from bringing a First Amendment claim whenever his competitor gets an exclusive interview?

In essence, the judges ruled, the governor did what politicians routinely do: talk only to the journalists they trust.

The distinction in Collins’ case is that she wasn’t just denied a returned phone call. She was denied admittance to an event that she can prove she’d otherwise have been able to attend.

It’s unlikely news organizations will sue over White House snubs. Still, in my view, the Supreme Court needs to find a vehicle to clarify this murky area of constitutional law. It should be recognized that the First Amendment principle forbidding government officials from punishing people for the content of their speech is broad enough to protect journalists against retaliatory “freeze-outs” meant to deter aggressive coverage.

Frank LoMonte, Director of the Brechner Center for Freedom of Information, University of Florida