What all Americans can learn from Hajj 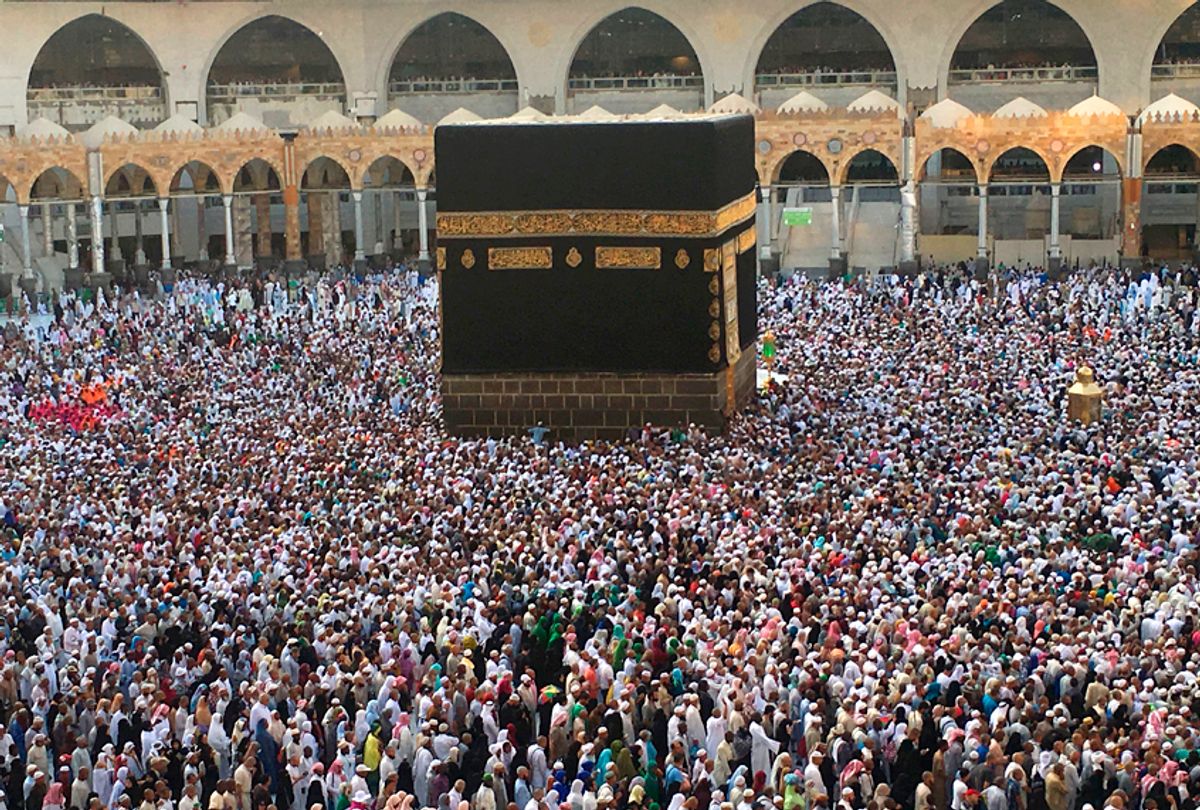 Identity is what makes up the fabric of our communities, and connects us to our neighbors. It gives us a sense of belonging and security. But there’s a flip side: in the process of interacting with only those who are like us, we can alienate ourselves from greater society, sticking with our so-called “tribe.” In the past, tribalism has taken many forms: we’ve looked down upon caste systems. We’ve deepened the divide between the rich and the poor. As much progress as we like to think we’ve made, if you look around us there are also many degrees of separation. Are you Democratic or Republican? Suburban or rural? College graduate or drop-out? Tribalism is real and it is taking place in our own metaphorical backyards, under the guise of labels we don’t even feel comfortable discussing. Fortunately, we have moments such as the Hajj season to teach us how to come together despite our differences.

On a personal level, Hajj helps me situate myself in this world. As a Muslim American woman who chooses to observe the rules and regulations of hijab — literally, the veil — people often mistake me for foreign, although I was born here in the United States. With Ramadan passing and now Dhul-Hijjah, I look to my faith, Islam, to reflect and find meaning of my footing in this world for both myself and those around me.

Dhul-Hijjah marks the last month of the Islamic lunar year where one of the major pillars of Islam take place known as the Hajj, or pilgrimage to Mecca, that occurs between the eighth and 13th days of the month commemorating both Prophet Muhammad and Abraham.

During Hajj, Muslim pilgrims perform a series of rituals that dissolve the barriers between them. These rituals trace back 1,400 years, and their symbolism embodies unity among all believers: there is no distinction among people. More than two million Muslims show up to Mecca to complete these rites, as is obligatory on anyone who is financially and physically able to do so. All of us camp out in and around the Grand Mosque, The Kabah, and the surrounding vicinities such as Mount Arafat, Mina and Muzdalifa. There is a common thread among all: unity.

Hajj is considered to be one of the largest gatherings on earth, and with the high density of people in such close quarters, reality is stripped of all luxury. This experience allows one to be thankful for the blessings one has. It doesn’t matter if I’m American or born to immigrants. It doesn’t matter if I am a citizen or naturalized. It doesn’t matter how much I can earn or donate. What matters is my relationship to God and how I treat others around me out of love and fear for Him. Thus, I try my best to make it a point to engage in conversations with those who are dissimilar to me to debunk myths and promote cooperation.

As I take a moment to reflect on what this Hajj will mean for my community, I hope that mainstream society can also learn from Muslims. While Hajj is indeed a religious occurrence, it does not exclude individuals of other faiths — or no faith — from learning lessons of unity and sacrifice. Perhaps showing more compassion and kindness would allow us to flourish as a nation. Perhaps empathizing and lending a hand to the less fortunate would allow us to prosper as a society. Perhaps the problems within us can be lightened by lending a hand to those who may need it. The sky is truly the limit.

Khan is pursuing her MA in Social Impact at Claremont Lincoln University while also serving as an Associate Campaign Director at MomsRising. Follow Khan @CraftOurStory.