Behind the latest Catholic sex abuse scandal: The church's problem is male dominance 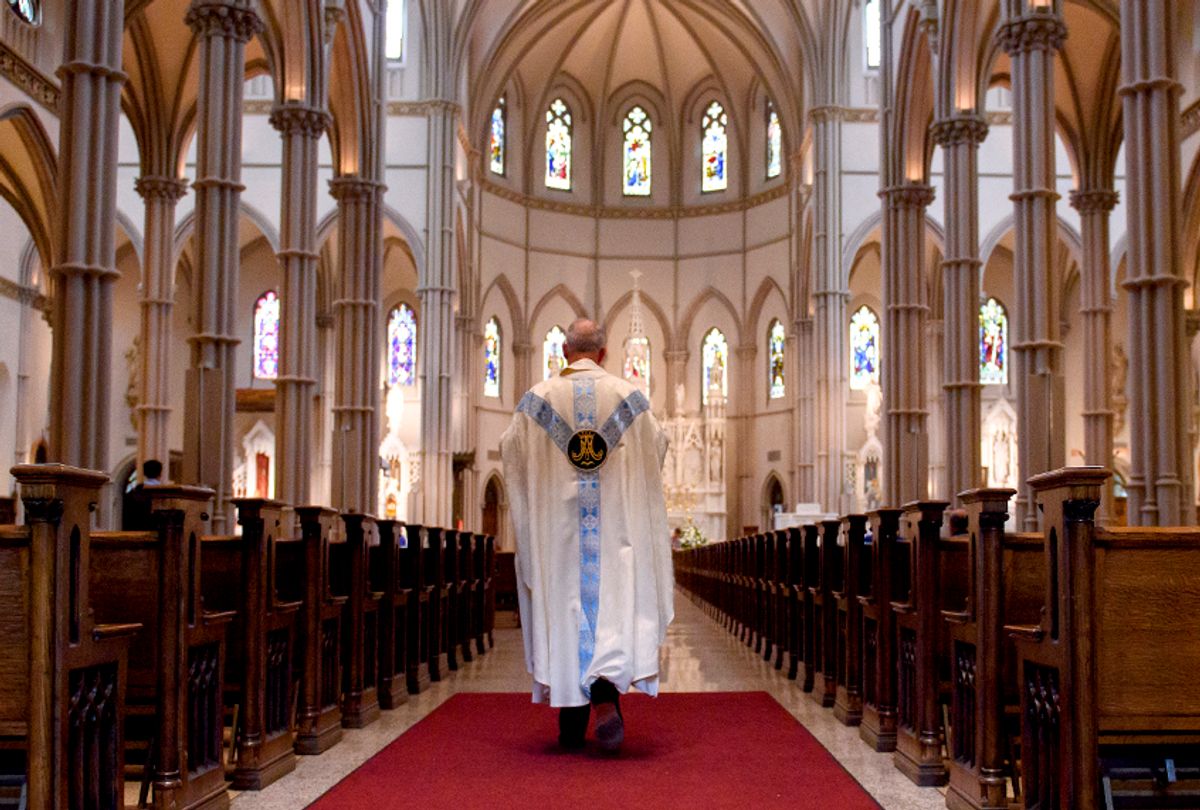 The Catholic Church sex abuse scandals are often talked about as if they are in the past, but this summer has been a reminder that this horror show continues to unspool, 16 years after the Boston Globe's famous "Spotlight" series exposing the cover-up first ran. This week, a grand jury in Pennsylvania released a report accusing more than 300 priests of abusing more than 1,000 children over seven decades. The details are almost incomprehensibly awful, including accusations of repeated rape, child pornography and priests who marked their victims with jewelry to alert other predators that these children had been "groomed" to accept abuse.

"The cover-up was sophisticated. And all the while, shockingly, church leadership kept records of the abuse and the cover-up," Pennsylvania Attorney General Josh Shapiro said in a press conference, in which he shared some of the worst details of the allegations. "These documents, from the dioceses' own 'Secret Archives,' formed the backbone of this investigation."

As political science professor Scott Lemieux said in a post at the blog Lawyers, Guns & Money, these revelations are especially important right now, when Donald Trump is trying to remake the Supreme Court to overturn Roe v. Wade. Lemieux notes that "the Catholic Church in Pennsylvania was a driving force behind bad legislation restricting abortion rights" during the same period the church was actively covering up for systematic child rape. Furthermore, that legislation "was the basis for a lawsuit from the state’s governor that severely damaged Roe v. Wade and very nearly resulted in it being overruled altogether."

Because of that decision, a future court, stacked with at least two Trump appointees, will likely be able to kill off nationwide protections for abortion rights entirely.

The church in Pennsylvania was working simultaneously to shield child abusers while pushing for laws to punish women for consensual sex, so the easy charge to reach for is "hypocrisy." But that's an accusation that barely skims the surface. The far more troubling reality is that the willingness to cover for sexual predators is entirely consistent with advocating for restrictions on women's reproductive rights. Both attitudes are rooted in the same poisonous commitment to putting men in positions of permanent social dominance as well as rejecting the idea that women and children have bodily autonomy and sexual safety rights.

This truth has become more evident in the past couple of years as the Christian right has thrown its full support behind Donald Trump. There was a significant amount of pundit chatter around the question of whether or not the self-appointed sex scolds of evangelical Christianity would hold it against Trump that he was caught on tape bragging about his adulteries and claiming that he accosts women because "when you're a star, they let you do it." Instead, the Christian right rallied the troops and helped Trump into the White House, where they continue to defend him as more stories come out about his payoffs to porn stars and models for their silence.

But in fact there was never any real conflict between the Christian right and Trump. Religious conservative posturing about "morality" has always been a thin cover story for the real agenda, which is enacting social control and asserting male dominance over women. Trump, who calls women "dogs" and clearly believes they have no value outside of their sexual desirability, is perfectly aligned with a conservative Christian movement whose insincere platitudes about "values" serve mainly to hobble women's efforts at equality. Trump and the Christian right are aligned in their true belief, which is that women must be kept in their place.

So there's no real conflict in the Catholic Church covering up sexual abuse while trying to prevent women from accessing legal and safe abortion services. In both situations, it's about using sexuality as a tool to enforce patriarchal hierarchies. In both cases, it's about a group of conservative men conspiring to organize the world so they hold power and everyone else is subject to their whims.

Shame is a major factor here too. The same sexual shame that religious conservatives try to instill with restrictions on reproductive rights is also used to silence victims of sexual abuse. It's difficult for victims to speak up, precisely because so much shame is built up around sexuality. Victims, male and female, are often subject to people digging through their sexual pasts, using their consensual activities as "evidence" that they're dirty and therefore undeserving of protection against abuse.

It's possible that one reason more survivors of abuse are willing to speak out these days is that the pro-choice movement has done so much work in destigmatizing consensual sex. The fear that victims used to experience -- of being outed as someone who has consensual sex and quite likely enjoys it -- no longer has the power it used to have, creating more space to speak out.

Ultimately, the lesson here is there is no way for religious groups to preserve their traditions of male dominance and sexual shaming while also eradicating sexual abuse. The sheer number of priests who have molested children confirms what experts have long said about sexual predators, which is that they deliberately seek out spaces where they believe they can leverage shame and power to abuse people. As uncomfortable as this is for many to accept, the Roman Catholic Church created a perfect hunting ground because of its ingrained sexism, its hierarchical structure and its culture of sexual shaming. The only way to root out the abuse is to root out those patriarchal values.