#Donutgate: How one Oregon donut shop became the target of online conspiracy theorists

Like #Pizzagate, #doughnutgate is being used to claim Oregon’s Voodoo Doughnuts is tied to child trafficking 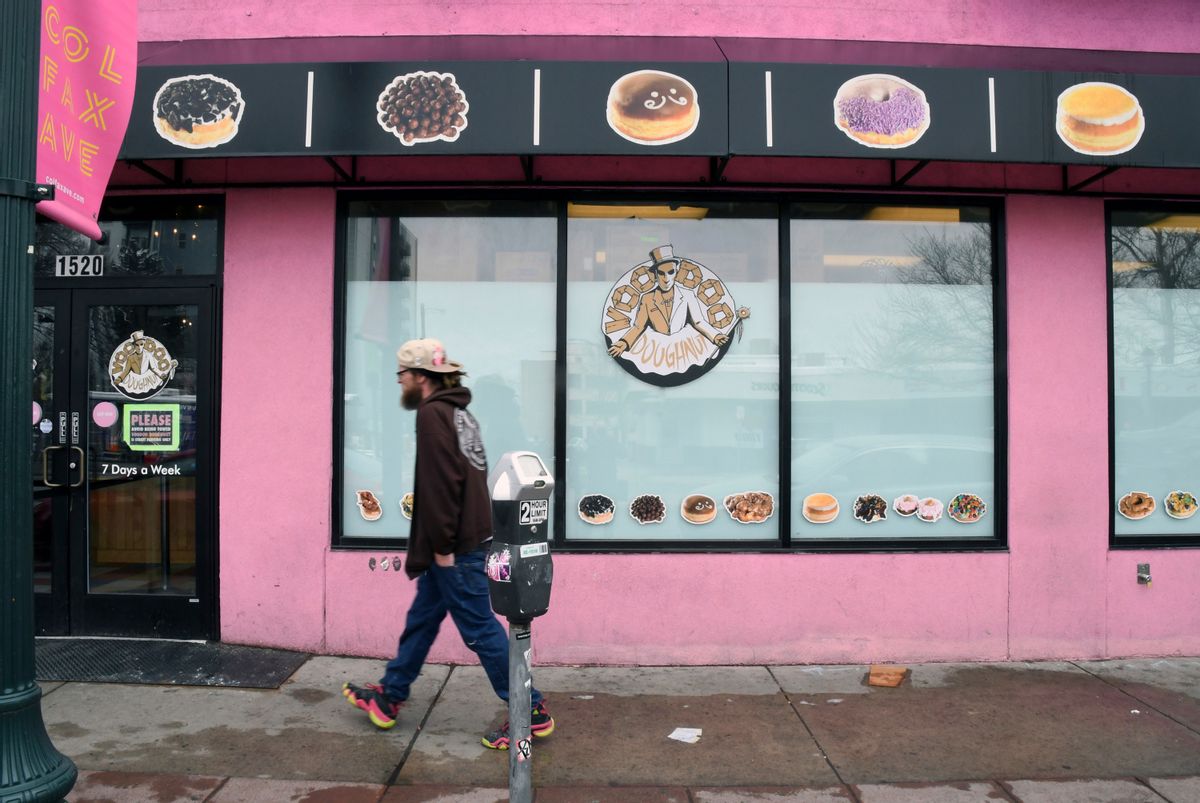 A rising far-right conspiracy theory claims that a popular donut shop in Portland, OR, Voodoo Doughnuts, is a front for child trafficking. As of this writing, a YouTube video featuring the claim has more than 63,000 views, while the hashtag #donutgate appears to be gaining traction on Twitter. The allegation is an echoand an offshoot of Pizzagate, a conspiracy theory President Donald Trump supporters popularized during the 2016 election cycle, which baselessly claimed Democratic politicians operated a pedophilia ring from Washington, D.C. pizzeria Comet Ping Pong.

On August 4, a man named Michael Whelan, known on Twitter as VeganMikey went on Nathan Stolpman’s YouTube channel Lift the Veil to share an incident after, according to him, he “was made aware of people that were participating in sexual abuse and trafficking of children in the city of Portland, OR.” Stolpman claimed the incident was connected to the owner of Portland’s Voodoo Doughnuts and that they were going to “be linking this to Comet Pizza as well.”

Whelan said he had been “eyewitness to children taken back” at a party at the home of Tres Shannon, the owner of Voodoo Donuts, where “there was abuse of children going on.” Whelan also claimed people within the alleged ring “had worked at Comet,” linking his allegations to Pizzagate.

In the video, both Whelan and Stolpman credited Isaac Kappy for talking about pedophilia rings as an inspiration for others to go public with similar allegations. Whelan also directly addressed Kappy asking him to “help the people on the ground level of this happening.” Kappy is a minor actor and QAnon enthusiast who was among the conspiracy theorists claiming on videos that Hollywood celebrities like Tom Hanks and Steven Spielberg were involved in pedophilia rings. As a result, searches on YouTube last week for Hanks and Spielberg were momentarily dominated by videos of the wild conspiracy theories. Kappy’s allegations were too extreme even for conspiracy theorist Alex Jones, who hosted Kappy on Infowars and asked him to restrain his wide-ranging accusations by avoiding “getting into names,” a precaution possibly linked to the defamation lawsuits Jones is currently battling for his own conspiracy theories.

Kappy promoted the Lift the Veil video to his followers during a Periscope session in which he also gave oxygen to the wild QAnon-related absurd claim that John F. Kennedy Jr. is, in fact, alive and behind the anonymous Q posts, saying “that would be the jaw-dropper of the century” if Kennedy Jr. was alive.

The claims about Voodoo donuts have reached Reddit, where users have shared Stolpman’s video within a QAnon subreddit. On the online message board 4chan -- from where many hoaxes and harassment campaigns often originate -- users appear to be actively organizing a campaign against the donut shop focused on distributing flyers containing the unsubstantiated claims.

Such campaigns can have dangerous real-life consequences. Despite the fact there is no evidence to substantiate Pizzagate, a man inspired by the wild conspiracy theory showed up at the restaurant to self-investigate and opened fire.

One YouTube video linked Sen. Bernie Sanders (D-VT) to the conspiracy theory while a website peddling in Pizzagate tried to link evangelist Franklin Graham to the supposed crime ring.

The claims regarding Voodoo Doughnuts earlier appeared on YouTube in late 2016 and early 2017, when multiple uploaded videos focused on the allegations. One recurring allegation was that designs on certain doughnuts were secret references to changelings and pedophilia:

The allegations were also made on a dating forum in early December 2016, with the poster citing “Patriot News.”

This time around, these allegations have received much wider attention following Kappy’s endorsement. An analysis on the hashtag tracker Keyhole shows that tweets containing #doughnutgate are now gaining traction and its impressions have reached more than 826,477 users; tweets for #donutgate have reached an additional 186.623 users. According to Keyhole, the major related hashtags that appear next to #doughnutgate are #pizzagate and #pedogate.