She's the youngest female founder/CEO to take a company public. Who better to rewrite the maternity leave script? 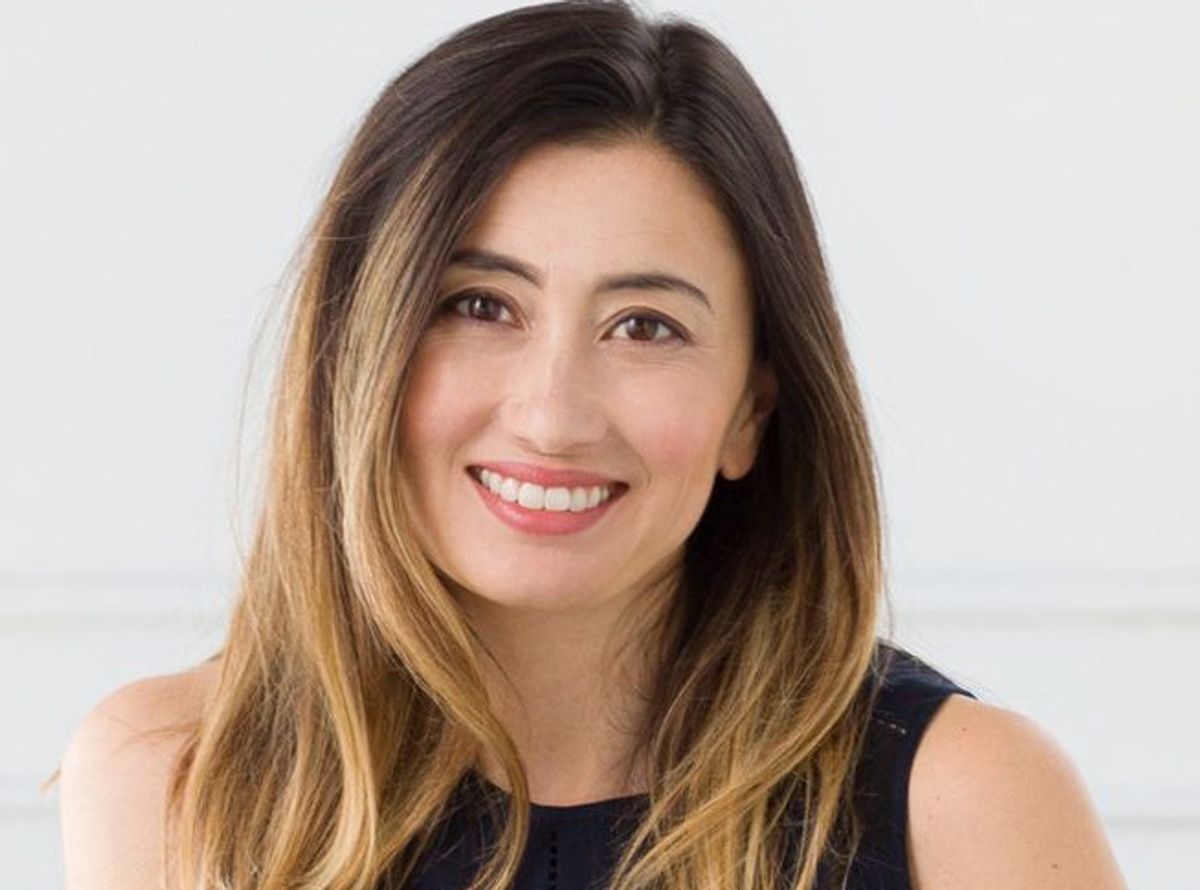 At age 35, in 2017, Katrina became the youngest female founder and CEO to take a company public.

Stitch Fix is now worth over $2 billion. And she got there by breaking the mold of what you might still typically think of when you think of leadership.

“I think a lot of the things that you think about an entrepreneur, you think somebody who's, like, super risky and somebody who's going to stay up for all hours tinkering with something in their garage,” Katrina told me in our conversation for INFORUM at the Commonwealth Club in San Francisco. “And not that I didn't spend all hours [working on] Stitch Fix at some point, but I don't think that I had the typical traits of an entrepreneur.”

Katrina has not only changed the way many of us shop for clothes, but she’s also changing how we think about leaders. For one thing, you may have caught all the press hullaballoo over the picture of her from the NASDAQ IPO when she stood on stage with her young son on her hip, unintentionally setting the tone for a new generation of women leaders. She told me her perspective on this has changed over time: "So I was almost prickly about being a female CEO in the early days and . . . I was like, I just want to be a CEO and I don't need to be a female CEO and I don't need to be the female CEO."

Now, she embraces the role because there have been so few precedents. "Even if I'm just an example, I think it's good and I'm happy to be that example."

And she plans to send a message — intentionally — about the importance of family leave. She’s pregnant with her second child, and she plans on taking a full 16 weeks of maternity leave.

“I had to do the same research of trying to figure out who were the people before me that took a maternity leave when they were a public company CEO,” she said. “And you could do the math: if I was the youngest female founder, and I'm 35, there's not going to be a lot of other examples out there of people who face that. So there's not a lot of precedent. As somebody who now is raising young people and is thinking about how the world that you see impacts who people become, there's just aren't great examples.”

Before starting her own company, Lake was convinced “someone” would have developed a new vision for disrupting retail. But after meeting with hundreds of entrepreneurs, she became convinced that the only way to find that company was to start it herself.

I spoke with Katrina Lake onstage at INFORUM at the Commonwealth Club in San Francisco to find out what makes her tick and how she turned this startup into a successful IPO.

Listen to learn how she bucked the big-business norms and continues to forge her own path in the latest episode of Inflection Point.

Subscribe to Inflection Point to get more stories of how women rise up right in your feed on Apple Podcasts, RadioPublic, Stitcher and NPROne.