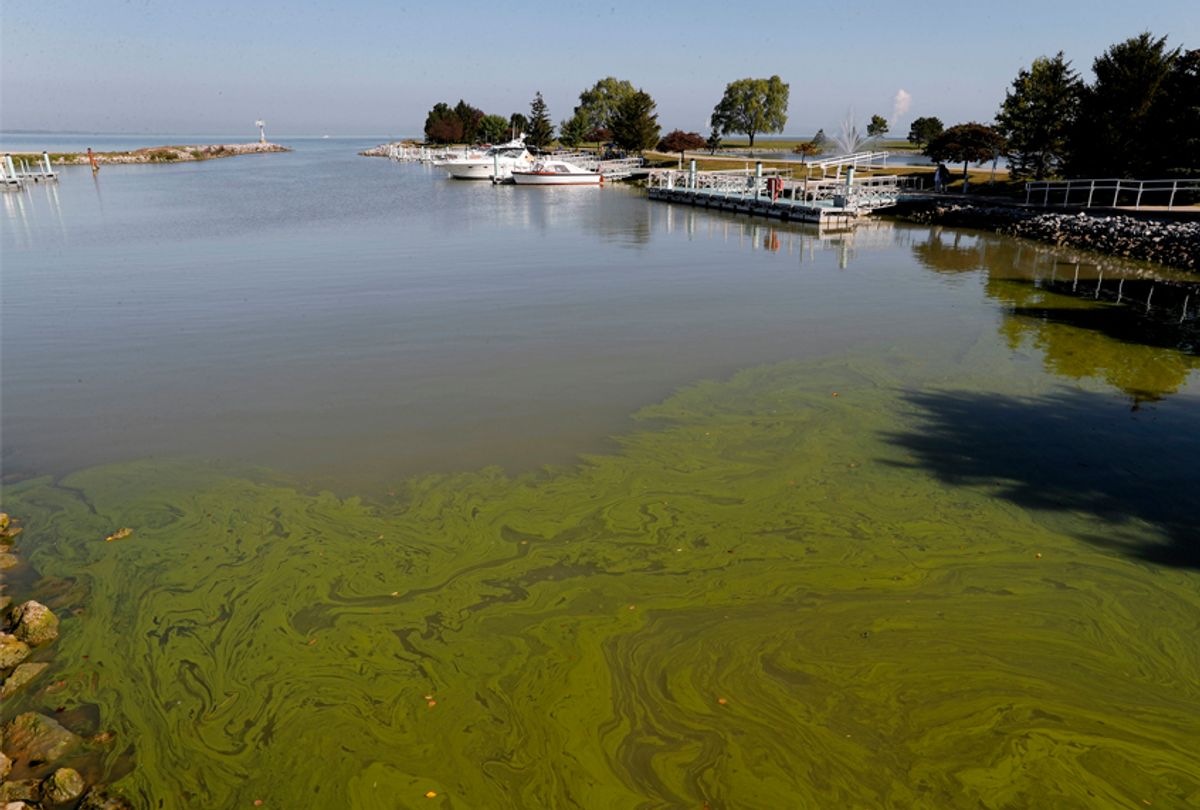 Slimeballs could determine who wins a race for the U.S. Senate. And in this case, slimeballs isn’t another word for disgraced politicians or dirty-money lobbyists.

Slime is flowing off Florida’s Lake Okeechobee in balls, clots, and sheets into coastal waters. It’s made of algae that blooms in massive numbers when fertilizer-laden agricultural runoff sits in warm water. Rain raised the level of this fetid brew until officials had no choice but to send it downstream to the sea.

The environmental disaster is choking dolphins and strangling the tourism economy. It’s stinky, ugly, sad, and impossible for Floridians to ignore, and so it’s become a central element in the race for Senate between the incumbent, Democratic Senator Bill Nelson, and the challenger, Governor Rick Scott. Both blame the other for the crisis.

What’s surprising here is that environmental issues are taking a starring role in a an election campaign. We complain all the time at Grist about the lack of attention to climate change in presidential debates and the like. This lack of focus has allowed politicians — mostly of the Republican persuasion — to ignore and deny the many environmental disasters unfolding in slow motion. But as those problems begin to erode voters’ quality of life, they’re bound to become more of a political issue, which means politicians of all stripes will have to address them to get elected.

In this case, it was Scott — the Republican! — who started the skirmish, releasing this ad saying that Nelson has not managed to clean-up Okeechobee in his 30 years of political service.

Nelson fired back back with his own TV spot, quoting newspapers that blame Scott for the crisis.

Who’s right? Well, Sen. Nelson hasn’t fixed the environmental mess that is Lake Okeechobee, the slimy source of the scum, but it’s an enormous challenge that has bogged down many attempts, said Michael Grunwald, senior writer for Politico Magazine, who laid out that history in his book, The Swamp. The proposed solution was a deal to turn 100,000 acres of sugar-cane farms into reservoirs for storage. “If you build a shit ton of storage you don’t have to dump water on the estuaries and Everglades,” Grunwald said.

But Scott passed a law to block the reservoirs. He also oversaw budget reductions for state environmental agencies, according to the Washington Post, cutting “scientists and engineers whose jobs were to monitor pollution levels and algal blooms.” Thanks to those budget cuts, scientists don’t have the data to show the root causes of the crisis.

Scott and Nelson are now neck and neck in the polls. If there’s a bright spot here it’s that this race is proving that some Republicans are willing to campaign on environmental issues, provided voters care enough to raise a stink. “The old saying here is that election years are good for the Everglades,” Grunwald said.

Taking action once in office, as opposed to using the environment to score campaign points, is another story.