Accusations of insider trading have brought down Rep. Chris Collins. But what is it, exactly?

We hear the term all the time. But what is insider trading under the law, and how does it get people into trouble? 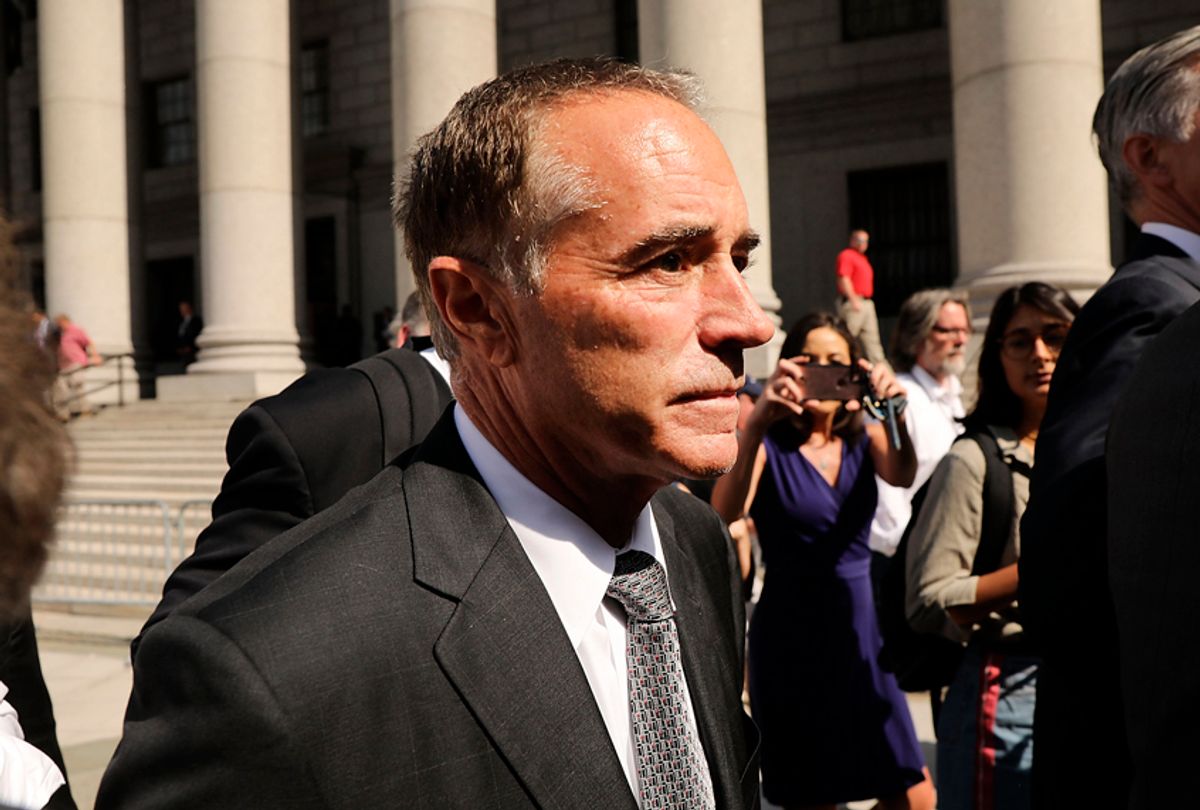 Chris Collins walks out of a New York court house after being charged with insider trading on August 8, 2018 in New York City. (Getty/Spencer Platt)
--

It’s the subject of many iconic movies like “Wall Street,” television shows like “Billions” and real-life scandals involving celebrities, politicians and others.

But despite all the media attention, very few people actually know what insider trading is under the law and how it gets people into trouble. As finance experts, we are here to fill that gap.

What is insider trading?

As its most basic, insider trading is when someone — usually a corporate insider — buys or sells securities such as a stock or bond based on “non-public information.”

For instance, Martha is a board member at Company X and learns of an incredible breakthrough at her company that hasn’t been disclosed to the public. If she then uses that information to buy her company’s stock — knowing that the stock price will go up after the announcement — Martha is likely guilty of insider trading.

Under current laws, the insider can also get into trouble if he or she shares that information with others — who could face prosecution as well if they make a trade using the information.

Why is it illegal?

For much of the 20th century in the U.S., insider trading was not generally considered illegal. It was only in the 1950s that various court rulings strengthened the power of Wall Street’s beat cop — the Securities and Exchange Commission — to go after inside traders under federal securities law.

Under the classical legal theory for insider trading, an insider — whether an employee or a corporate director — has a fiduciary obligation to a company to keep secret information secret. Insiders who breach that duty by either trading on the information or sharing it for personal benefits violate that duty. This appears to be the case with Rep. Chris Collins, a New York Republican now under indictment who has been forced to abandon his re-election campaign.

But what if the stock you traded wasn’t from a company to whom you owed a fiduciary duty?

That was at the heart of a 1997 Supreme Court case that spawned something known as the misappropriation theory, which broadened what was considered illegal insider trading. In that case, attorney James O’Hagan used information he gained from his position at his firm to trade in another company’s stock. Since it wasn’t O’Hagan’s client, he argued, there was no duty and, hence, no breach.

The court disagreed. Since O'Hagan used confidential information that was given to him to perform his job and instead used it for his personal gain, he breached his duty and was therefore found guilty of insider trading.

As for Collins, he sat on the board of biotechnology company Innate Immunotherapeutics. He was also the Australian company’s largest shareholder. When Collins learned that a trial involving a new multiple sclerosis drug failed, he allegedly sold shares in the company — to avoid significant losses — and passed along that information to his son, who in turn, shared it with others.

Not quite the plot of a “Billions” story line, but, give it a year and we’re sure that Hollywood can come up with something.