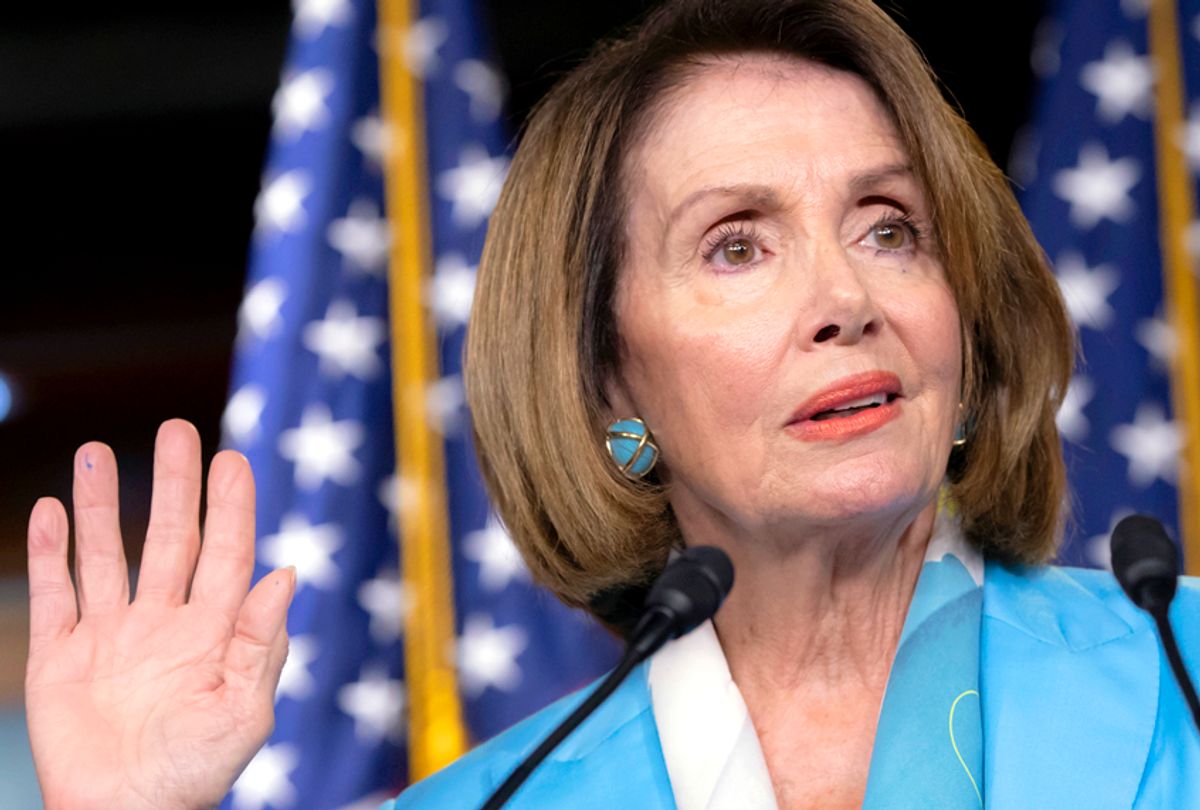 Minority Leader Nancy Pelosi has opened up about the vitriol in the party regarding her continued tenure as leader of the House Democratic Caucus.

In a recent interview with The New York Times, the California Democrat said she just "doesn't care" about the number of Democratic candidates on the campaign trail in the 2018 election cycle who openly oppose her desire to wield the speaker's gavel once again – if distancing themselves from her is helpful for their local elections.

"I don't care," she told the outlet. "Let them do whatever they want. We have to win an election."

Pelosi also delineated a test for any aspiring party leader. She said any Democrat who hopes to assume her post should "have a following, [and] that they've shown a vision for the country."

Any would-be challenger, she said, must show that they have huge fundraising prowess, as well.

Pelosi has raised $83 million for the Democratic Congressional Campaign Committee for this November's midterm elections. The Times reports that Pelosi will underscore her fundraising abilities this weekend by hosting a 300-person conference in California's Napa Valley with party elites, including former Secretary of State John Kerry and California Gov. Jerry Brown.

"If people want to be the bridge that I'm building toward, they have to show what's on the other side of the bridge," she told the newspaper. The House Minority Speaker also indicated that she viewed it as her role "to open doors, to build bridges, but there has to be another side to the bridge."

Pelosi declined to tell The Times if she would prefer her successor to be a younger colleague. "That's not up to me," she said. "But I do think we are going to win the Congress. And we're going to elect a Democratic president, so we're going to be in a whole other era."

As my colleague Clarrie Feinstein previously reported, Pelosi has already faced resistance from a fresh crop of Democrats, who have said on the record that they intend to oppose her in a call for new leadership.

Max Rose, who is vying for a House seat in New York, is one of the party hopefuls who has spoken out against the California Democrat.

"If the Democratic Party is going to earn back the trust of the American people, then we need to show them that we are serious about changing our politics – and that means we need a change in leadership," he said in a statement to Politico.

Meanwhile, Arkansas' Clarke Tucker has blasted his opposition across the airwaves, saying: "I've said from Day One that I won’t vote for Nancy Pelosi."

According to CNN, Pelosi is "facing more opposition from Democrats than any other time in her career." Despite the opposition, her financial prowess continues to be her strongest asset — and one that could help secure her continued leadership.

At this point, eyes remain on Pelosi's first test to reclaim the speakership – helping Democrats secure a victory in November. FiveThirtyEight's most recent estimate of the race for Congress shows that Democrats have a national average over Republicans – 47.7 to 39.9 percent.