Death Cab's Ben Gibbard talks about the new album, the power of maturity and perspective, and 10 years of sobriety 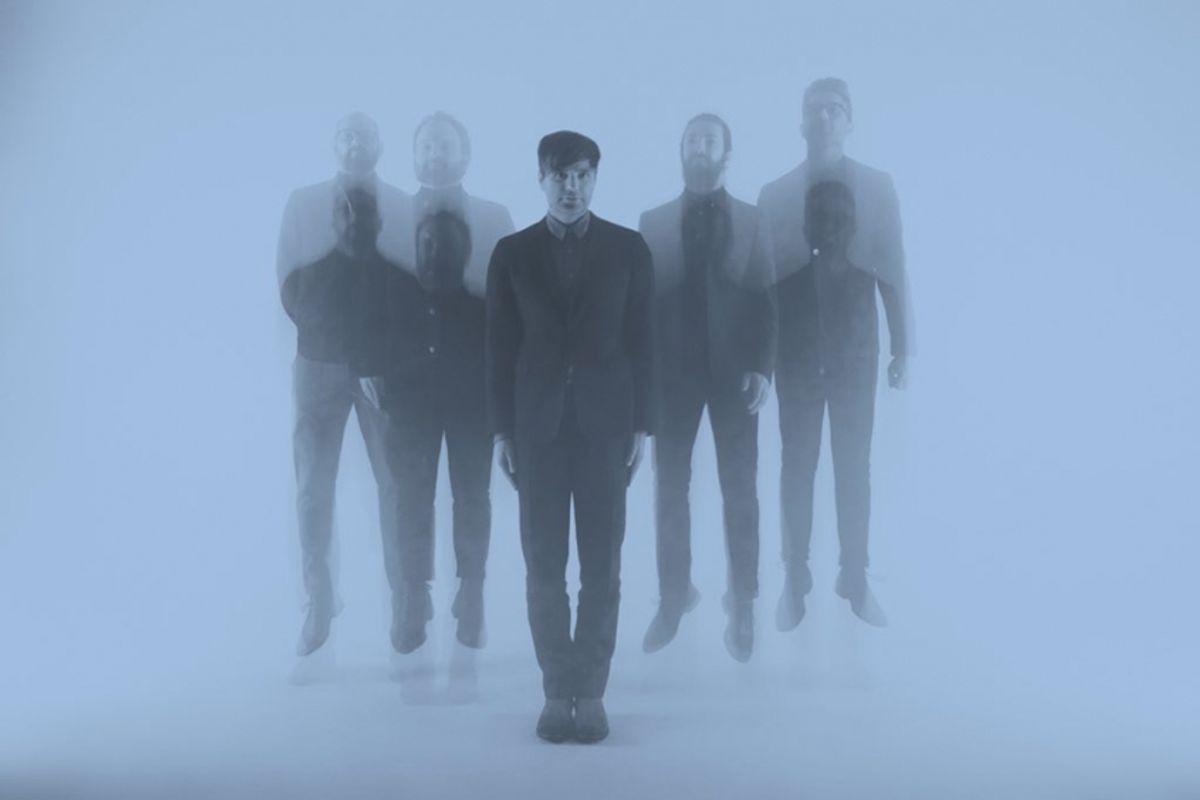 Ben Gibbard will turn 42 in August, but he insists he still feels very much like the wide-eyed Washington state kid who first started releasing music as Death Cab for Cutie over two decades ago.

“One thing I’ve noticed about myself is that when I was 20, I was only looking forwards,” Gibbard told Salon while sipping coffee from a paper cup at Greenwich Village’s Electric Lady Studios. “But I found at this point in my life, I’m looking backwards and forwards with equal measure.”

That perspective informs "Thank You For Today," Death Cab’s ruminative ninth studio album, which will be released on August 17 via Atlantic Records just six days after Gibbard’s birthday.

The album oscillates between haunted memories of heartache and loss — subjects that have come to define Gibbard’s poignant, tormented songwriting — and sunnier moments that capture a genuine sense of awe and wonder about what lies ahead.
READ MORE: The power of Neil Young's "Ohio" in 2018: Why the Kent State protest anthem remains so relevant
Producer Rich Costey, who returns after helming 2015’s "Kintsugi," lends the band’s guitar-driven indie rock a stylish, pop sheen using atmospheric synths and harmonies that make Gibbard’s trademark vocals sound fuller and bigger than on any other previous Death Cab record.

"Thank You For Today" is also the first release to not feature longtime multi-instrumentalist Chris Walla since the band’s 1997 debut, as well as the first Death Cab album where former touring keyboardist/guitarists Zac Rae and Dave Depper appear as official band members.

Gibbard attributes his newfound sense of mental clarity to a full decade of sobriety and a happy second marriage to photographer Rachel Demy. He also believes that the passing of time itself has allowed him to explore events from his past with greater depth and nuance.

“If you had a traumatic event that happened in your life on a Monday, it’s very difficult to write with any perspective on it on a Friday,” Gibbard said. “I like to get a fair amount of distance from it, not only so I can measure the impact between the event and now, but also that it allows for some fiction to come into play as well.”

Gibbard had just returned from a trip to the Faroe Islands with his wife, and was accompanied by Depper — who joked he was mainly there to keep his super-caffeinated, jet-lagged bandmate on track during the interview.

What is the significance behind calling this new LP "Thank You For Today?"

Benjamin Gibbard: We made this record with Rich Costey, who we also made the last record with. And in between those two records, he worked with this European band who would say that to each other as they left the studio. I think it’s very Scandinavian, Northern European.

Dave Depper: He would say it to us when we left the studio.

Gibbard: And then we started saying it in jest, sometimes with a Scandinavian accent. Over time, it became an earnest expression. Sometimes we would have bad days and we’d say, “Hey, thank you for today, Rich,” if he was on our asses about a guitar tone. So it’s a very earnest title and it definitely summed up our experience making the album. We just kind of liked the sentiment. As [bassist] Nick [Harmer] has said, it’s kind of like a Rorschach test. It is whatever you bring to it.

Several of the album’s standout songs feature a narrator who seems to be haunted by the past. How does songwriting help you process those memories and past traumas that made you the man you are today?

BG: I think what I would consider my best songs, a lot of them are works of fiction that are based on nuggets of truth. A fraction of the song is a real event. I think the trick of songwriting is to convince the listener that this is an absolutely, 100 percent true story, and one should never reveal how much of it is true and how much of it is not.

I think a lot of people who like this band would like to think that all of these songs are 100 percent true stories from my life. Some of them are, but most of them aren’t. And I think you’re doing it right if you can convince somebody that a fiction is a truth in your song.

Looking back on the last 20 years, are there any songs that you revisit and find that your relationship with them has changed?

Gibbard: There are some songs I choose to not revisit. There are songs on "Codes & Keys" that I just don’t feel comfortable playing anymore. There are songs in the "Narrow Stairs" era, some of the deeper cuts on that album and the subsequent EP, that if I say it was a “dark” period, it sounds like I’m trying to be romantic about it. It was a period of self-loathing, but more self-pity. There was a lot of self-pity in those songs, especially on the "Open Door" EP. I was at the end of a long relationship. I was about to quit drinking, so I was self-medicating a lot. To me, "Codes & Keys," is probably the weakest record we’ve made.

On our first record [1998’s "Something About Airplanes"], the lyrics are fairly esoteric and a lot of them are shrouded in a way that I wasn’t even intending to, but I just hadn’t gotten my stride yet. I thought I was accomplishing more lyrically than I necessarily was.

But then I feel like there were songs on "We Have the Facts [And We're Voting Yes]" that really work, where I’m like, 'Yes, that’s what I was trying to do on the first record.' I’m still really proud “Company Calls Epilogue” and “Title Track,” especially thinking about the age I was when I wrote them.

A few articles have referred to Death Cab as “emo veterans.” What’s your gut reaction to that label and what’s your relationship like with the emo scene?

Gibbard: I think we benefited from that tag, but it never really fit us in the way it fit other bands. I often felt like us and our friends in Pedro the Lion were the bands that emo kids came to see, but we also had indie rockers coming to see us. The emo kids would come and buy all the T-shirts [laughs].

I understood why people the sentiments in our songs, and how I wrote — and how I write — would appeal to people who also like those bands. But I just felt like we were working on a slightly higher level than they were, musically and lyrically and otherwise.

I don’t know, I guess maybe as I’ve been talking about it, the term did bother me a bit. I understand why people thought of us in that way, but we were just better. We were just better than a lot of those bands.

How do you think your sobriety has affected the last 10 years of Death Cab, as well as its impact on you as a person?

Gibbard: Life is difficult enough as it is. It’s sorrowful enough as it is. There are moments of great joy and great sadness in life. And I’d like to hope that I’m representing a broader emotional spectrum now that I’m not hungover.