"A violation of basic decency," she said in a Washington Post interview, "if not marital vows" 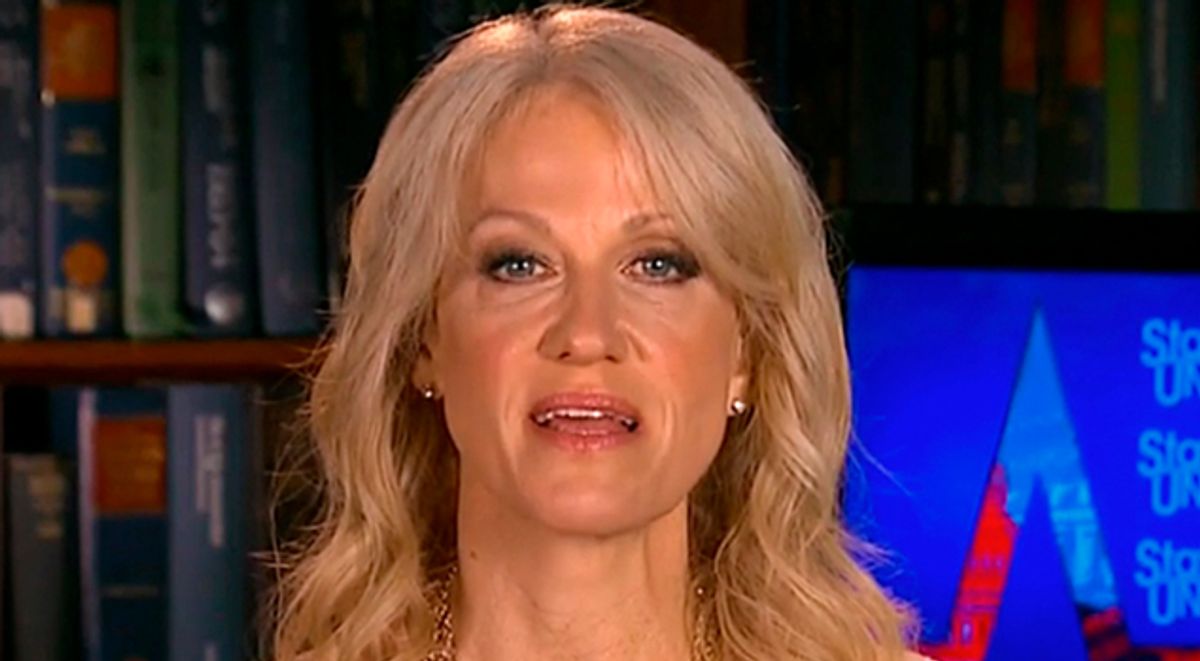 A new article by Ben Terris in the Washington Post profiles their marriage, revealing a relationship not too dissimilar from many others — aside from their extreme wealth and the fact that their major disagreement is about Kellyanne's work for the president of the United States.

In perhaps one of the most revealing parts of the article, Kellyanne disparages George's habit of writing and speaking out on Twitter against the president. However, assuming she has an agreement with the writer that such comments would be off-the-record, Kellyanne says to attribute her quotes to an anonymous source. The exchange is stunning:

Me: You told me you found [George’s tweets] disrespectful.

Kellyanne: It is disrespectful, it’s a violation of basic decency, certainly, if not marital vows . . . as “a person familiar with their relationship.”

Me: No, we’re on the record here. You can’t say after the fact “as someone familiar.”

Kellyanne: I told you everything about his tweets was off the record.

Me: No, that’s not true. That never happened.

Here, even when Kellyanne is caught disparaging her own husband, she is still spinning the press. She says that she never "actually said" the remarks about her husband because she wanted them to be attributed to an anonymous source — but that's not actually how interviews or reporting works.

Overall, the article paints the portrait of a loving marriage with a singular, massively consequential fissure.

“If there’s an issue,” George tells the Washington Post, “it’s because she’s in that job, for that man.”