The best scene in "When Harry Met Sally..." – the fake orgasm – was a group effort

Everyone from Billy Crystal to Rob Reiner's mom contributed to the scene, but Meg Ryan's idea made it what it was 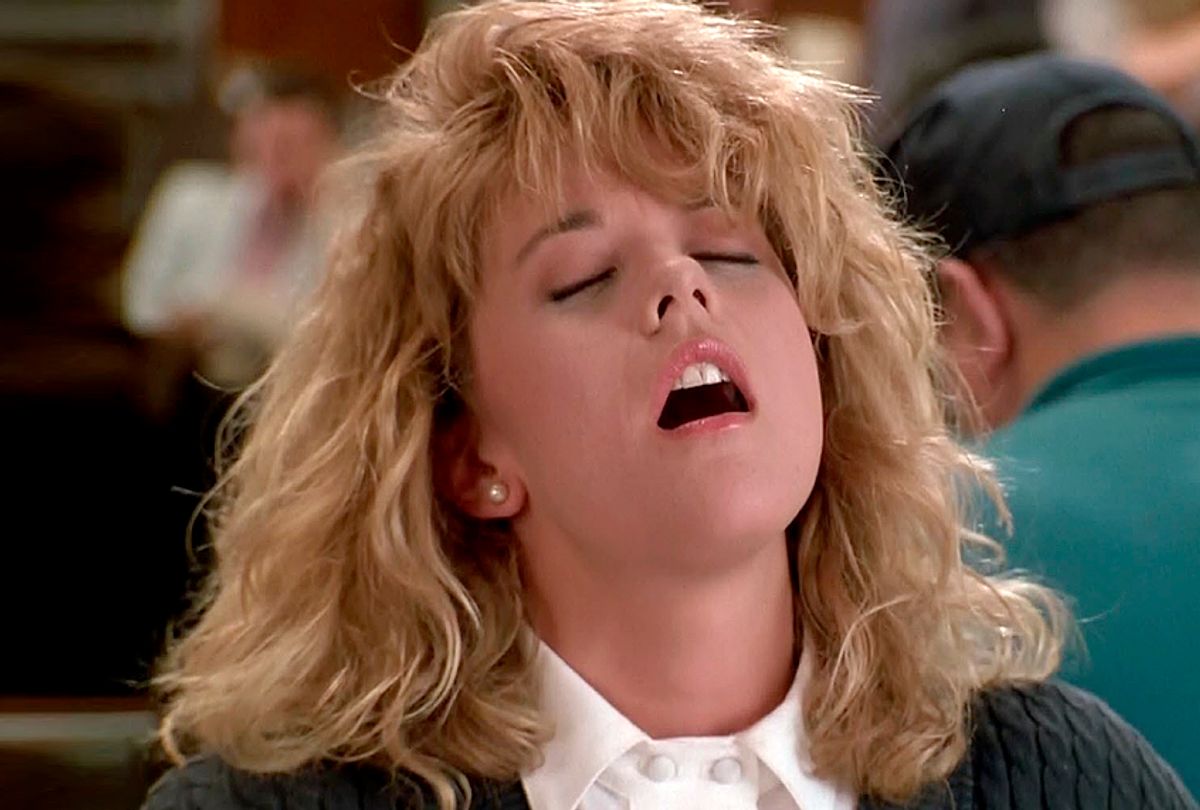 Excerpted from "When Harry Met Sally..." © Tamar Jeffers McDonald (2015). Reprinted with kind permission of the author, the British Film Institute and Bloomsbury Publishing.

One of the film's key pleasures is its carefully organized structure. Even critics who were mostly negative about the film appreciated this, with 7 Days confirming: "The scenario is full of symmetry and recurrence," and The Village Voice remarking on the film working "by reprises, choric refrains." Indeed it is designed around paired or matching moments either in different sequences across the film, or within specific scenes.

Diner Scenes
When, wrong-footed by Harry's deadpan assumption of her sexual inexperience, Sally stumbles into the diner protesting the reverse, she manages to announce to the entire restaurant that she has had plenty of good sex. Meg Ryan performs Sally's mortification extremely effectively: we can tell how embarrassed Sally is by the extreme angle at which she holds her head while she walks to their table, an angle which shields her from having to make eye contact with any of the diners to whom she has just made this intimate declaration. This incident obviously forecasts, and indeed results in, the more famous diner scene later in the movie; there Sally exacts her revenge on Harry for the humiliation he has caused her here by embarrassing him in return. 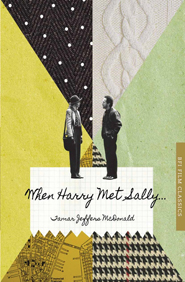 For this matched moment, in one of the most famous scenes in recent cinema, one interlude has already considered the context of the faked orgasm and another will look at parodies of it, so what else can one say of a scene that has become such a part of contemporary popular culture that even people who have never seen "When Harry Met Sally..." can recite the punchline? One thing to acknowledge is the collaborative nature of the scene's genesis. As Reiner and Ephron make equally clear, both they and the two actors made contributions to its creation. (Ephron, 2013) Ephron states that Reiner and Scheinman, having appalled her with their revelations of men's secrets, wanted to hear whether women did similar things. In addition to admitting that women sometimes send themselves flowers, which found its way into Marie's story, Ephron revealed that women sometimes faked orgasms. Scheinman and Reiner loved the idea of incorporating this into the film and wrote a speech for Sally to deliver, but it was Ryan who suggested she actually act it out, "somewhere incongruous." The famous punchline was then suggested by Crystal, and delivered in impeccably dry style by Estelle Reiner, the director's mother.

The deli scene echoes and balances out the earlier diner moment, as this time Sally is in full control of the situation, willfully attracting attention and getting revenge on Harry. In both cases he is the bystander and she is the active one. In the former instance, she is embarrassed, but in the latter, it is her choice to make a scene, and smugly teach him a lesson.

The scene begins with Sally enquiring about Harry's avoidance of post-intercourse intimacy, and announcing that she is pleased she never got involved with him because she would inevitably end up as just another one of the women he left at 3 am. This statement is enlightening as it reveals that she wants more from Harry than a one-night stand. He can see that she is angry, but fails to realize that this is tantamount to a declaration of her feelings for him. When he says “This is not about you," and she retorts "Yes it is!" she is saying as clearly as she can at this point that being his friend is no longer enough. Sally, however, hides the avowal by burying her personal anger in feminine solidarity: he is "an affront to all women." But it seems the resultant punishment by embarrassment is not only to pay him back for her discomfiture in the earlier diner scene, and not only for his hubris at thinking himself a phenomenal lover, but also because she is jealous of him sleeping with other women.

Besides Meg Ryan's spirited performance, three more aspects of the scene illustrate why it is such a satisfying one to watch. First, Harry's supreme sexual confidence is carefully established by Crystal's decision to carry on eating while talking with Sally about his escape habits, though she slaps her sandwich down in annoyance: this precisely demonstrates Harry's nonchalance about his behavior, and suggests he equates sex with food, a hunger for both being frequently aroused and simply assuaged. The other two micro-moments bookend Sally's faking performance: Ryan conveys the moment Sally decides to teach him a lesson by a slight sideways look of her eyes, as if weighing something up, along with a tiny jutting motion of her jaw. She then goes into her exhibition, moaning, banging the table, tossing her head from side to side and attracting the attention of the other diner patrons. When she has finished, she breathes deeply once and then picks up her fork again, smiles at Harry and calmly takes a bite of food. The return to normal lunch behavior is evidence that she was putting on a show for him as, her actions imply, other women will have done. She considers her point proven. And it seems as if she is right, since, miraculously, for once Harry has nothing to say – he just smiles sheepishly. Of course any response from him is made unnecessary because of the riposte from Estelle Reiner, but denying Harry the last word feels like a victory for Sally here.

Sex Dream/Fantasy
These paired moments grant us further insights into the characters of the protagonists. Harry's story sounds more like one of his comic routines than an actual dream, and underlines that though he is maturing, he still looks on sex as a competitive sport - and one at which he considers himself to be Olympic-standard. This vaunted expertise will be undermined in the celebrated deli scene, but for now Harry is left to boast, again revealing his fundamental belief in the differences between the desires of men and of women. His throwaway punchline, "Must've been the dismount," links back to his conversation with Sally when he asserted all men wanted to leave straight after sex. Crudely the dismount can be taken as the moment when he rolls off his prone partner, but metaphorically it is the moment when he tries to disengage from intimacy and depart.

Sally's fantasy is similarly illuminating, but about her lack of an adult sex drive and imagination, rather than lack of commitment. Comically, Harry again manages to get her to recount her fantasy, even though she thinks it's embarrassing, by telling her not to tell him. She then relates her desire for a faceless man to rip off her clothes. Nothing else happens in this fantasy, which is pointedly lacking both in detail and in actual sex. It is the run-up, rather than the act, which Sally thinks about, or rather the costuming, since the only variable element in the fantasy is what she is wearing. These symmetrical scenes demonstrate not only how comfortable the friends now are with each other, but also that they belong together. Sex with Harry will show Sally just what she has been missing, increase her satisfaction with her sex life, while committing to Sally will be a sign of maturity in Harry. He will give the faceless man an identity, as she will help him with his dismount problem.