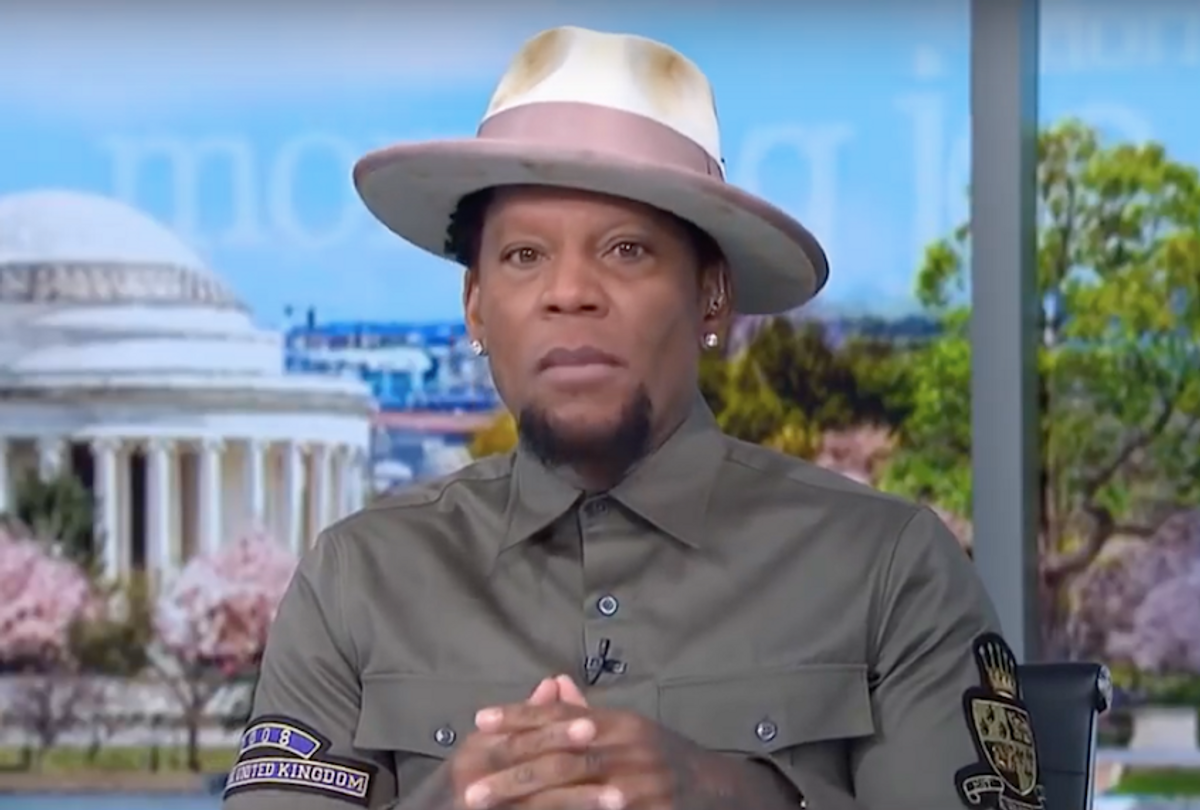 Comedian and author of “How Not to Get Shot: And Other Advice From White People” D.L. Hughley dropped by MSNBC’s “Morning Joe” to share some helpful advice for black people offered by the likes of Megyn Kelly, Mark Fuhrman, and others.

Hughley described how an appearance on Kelly’s show with disgraced LAPD detective Mark Fuhrman went wildly off the rails.

“Philando Castile had just got shot, and we were going to morph that into a discussion about communities and police,” Hughley said, but “Mark Fuhrman talking about police is like Bill Cosby going to a rape crisis center.”

Prompted by host Joe Scarborough, Hughley rattled off a list of questionable advice from equally questionable sources. “Rudy Guiliani, ‘you need to teach your children to respect the police’. Geraldo Rivera, ‘if you dress like a thug, you will be treated like a thug’. Joe Arpaio, ‘just don’t break the law’,” Hughley said. He added, laughing, “I figure white people been giving black people advice for a few hundred years.”

The panel then engaged a more serious discussion that plumbed the depths of the problem, and the reality for black parents. “What is so depressing in 2018,” Joe said, “is that if I were a black father, first thing I would have to do is sit down with my three boys and say, ‘listen, here is the deal, the rules aren’t the same. When the police pulls you over, put your hands-on the steering wheel and freeze.'”

“And even that doesn’t even work,” Hughley broke in.