Is Trump's coal plan really an attempt to rescue a dying vision of American masculinity? 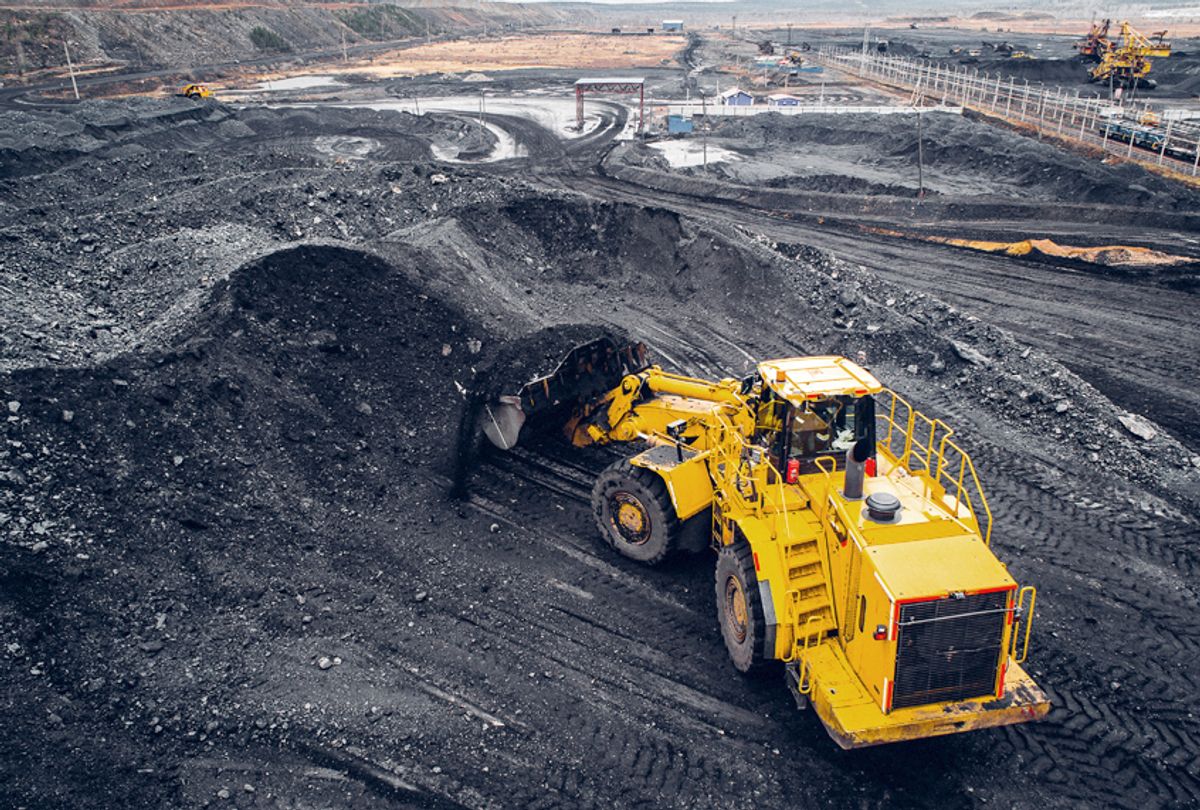 On Tuesday, the Trump administration unveiled a disconcerting new plan -- at least according to environmentalists -- that comes with an innocuous title. It's called the Affordable Clean Energy rule, and it would rewrite the 2015 Clean Power Plan, which was proposed by the Obama administration and aimed to reduce the carbon footprint generated by the energy sector.

This proposal — if approved — would let states roll back federal pollution rules, specifically on power plants in need of improvement. This would inevitably lead to an increase in CO2 emissions generated by coal-burning plants.

President Donald Trump has long vowed to put struggling coal miners of Appalachia and other regions back to work, and the timing of this announcement is fortuitous. In May 2016, he visited Charleston, West Virginia — where coal mining is deeply embedded in the culture — and promised mine workers at the rally that they would “be working your asses off” under his presidency He is speaking in West Virginia on Tuesday evening, for his first visit since then.

There is no question that efforts to change the course of climate change have impacted the coal industry, but the truth is that the industry faced many challenges prior to these green initiatives. As the Brookings Institution reported, by the year 2000, employment in the coal industry had already decreased by 102,000. By 2015, 59 percent of the industry’s work force had already been discarded, compared to employment in 1980.

There are many factors that stand in the way of reviving the coal industry. Automation is one, as is the availability of cheap and clean-burning natural gas and the emergence of more sustainable energy solutions. Scientists consistently warn that the earth is warming at an alarming rate and climate change is drawing near a dangerous tipping point. All this is clearly linked to greenhouse gas emissions.

Why are Trump and other Republicans so focused on the expensive and futile task of putting coal miners back to work when there are better energy solutions and better ways to address unemployment in coal country? Is it an unconscious (or even conscious) way of holding on to the past, when men were men and the mineral extraction industries were seen to represent masculinity?

Michael Kimmel, an author and professor at SUNY Stony Brook, has brought to light the argument that American masculinity is in a “crisis” and some men feel like their power is “slipping.” Coal mining in West Virginia goes back to the 18th century; it is dangerous, labor-intensive and physically demanding work strongly associated with a stereotypical vision of masculinity. It would not be far-fetched to associate Trump’s love for coal miners as a desperate attempt to resuscitate a fading ideal of American manhood. (In case you're wondering, there are indeed female coal miners, but they did not gain acceptance in the workplace until relatively recently, and it remains a male-dominated occupation.)

Leo Braudy, author of “From Chivalry to Terrorism: War and the Changing Nature of Masculinity” and an English professor at the University of Southern California, said it’s possible this connection is partly behind the Republican obsession with protecting the industry.

“It's an interesting idea -- that supporting coal mining is connected to ideas of old-time American masculinity,” Braudy told Salon. “The problem is that you can say this about almost anything the administration does. Most of Trump's pronouncements have the explicit aura of going back to a past when men were men."

Braudy added that Trump's passion for coal mines may be “in part a fantasy about that former men-were-men world, a coal-industry theme park fostered more by men like those who owned the mines than those who worked in them.”

Our president, at least in this reading, is willing to prioritize a fantasy about manhood over the future of our planet. Environmental advocacy groups call the new power-plant proposal misguided and fear it will leave future generations in an even more desperate situation.

"EPA's own analysis of Trump's new power plant rule reveals an emissions increase of at least 3 percent from the Clean Power Plan's baseline, [which was] a vital piece of the United States’ commitment to the Paris climate agreement,” Janet Redman, Greenpeace USA climate and energy campaign director, told Salon in a statement. “If Trump gets his way, any progress made by President Obama to reduce polluting carbon emissions will grind to a halt.”

Some progress has indeed been made. In 2017, the U.S. experienced its largest decline in C02 emissions, according to the American Enterprise Institute. Carbon emissions from energy use also reached their lowest level since 1992. The power industry is one of the two top contributors (along with the transportation industry) in generating greenhouse gas emissions in the U.S., who ranks second, after China, in the list of countries generating the highest amounts of CO2 emissions in the world.

Transitioning away from coal does not mean condemning the people of coal country to poverty or unemployment. But it would require serious job training, funded by the federal government, to give those people new careers, new hope and a sense of dignity and purpose. It would also require a leader who believes in them — and who believes, perhaps, in redefining American masculinity instead of perpetuating its fallacies.