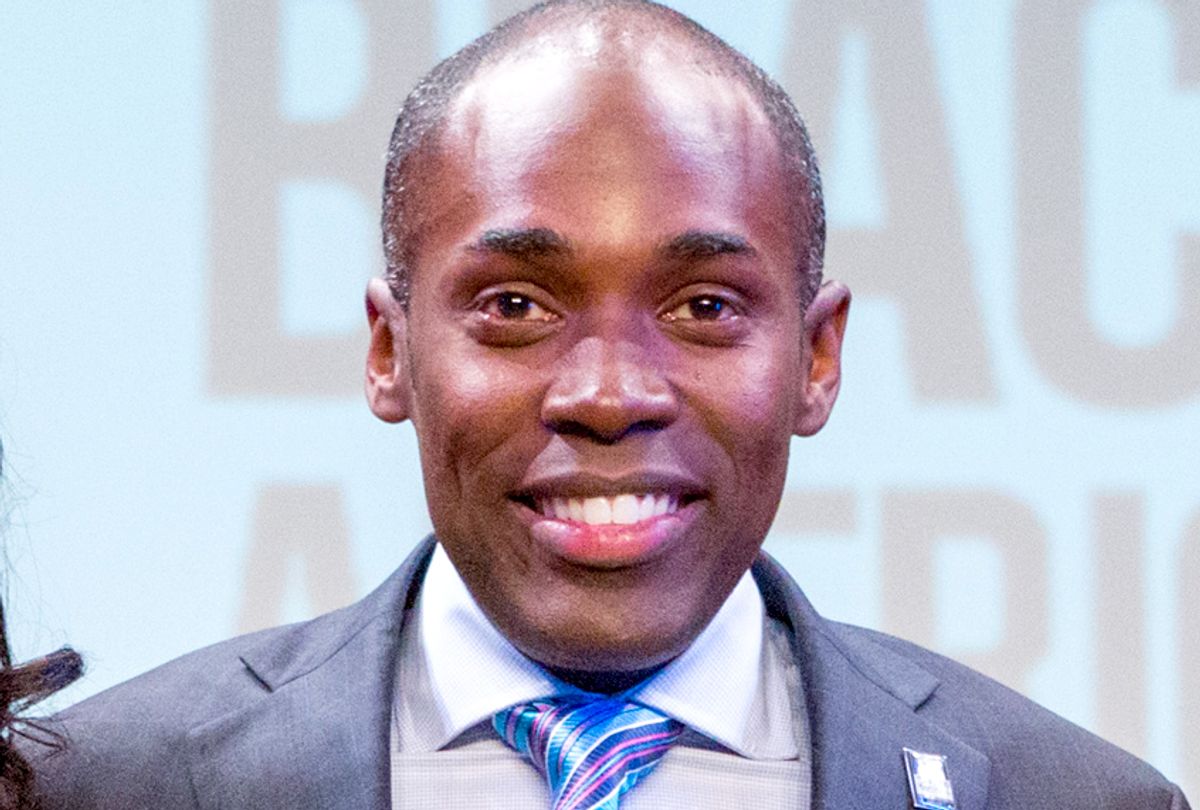 CNN suspended contributor Paris Dennard on Wednesday after it was publicly reported that the conservative commentator was fired from Arizona State University in 2014 for sexual misconduct.

Dennard, who is also an opinion contributor to The Hill and a regular guest on NPR, was fired as the events director for the university's McCain Institute for International Leadership "for making sexually explicit comments and gestures," The Washington Post reported Wednesday, citing a university official and documents.

"We are aware of reports of accusations against Paris Dennard," a network spokeswoman said in response to The Washington Post report on the allegations. "We are suspending Paris, effective immediately, while we look into the allegations."

In one incident, Dennard reportedly told a recent graduate who worked for him that he wanted to have sex with her. The Post cited ASU's 13-page report into Dennard that said he had "pretended to unzip his pants in her presence, tried to get her to sit on his lap, and made masturbatory gestures." The paper also reported that Dennard admitted in the report to licking a woman's neck and making sexually explicit comments.

Dennard did not deny the claims in the report at the time, according to The Post, but alleged that he committed the acts jokingly. He told the newspaper that he believed the allegations were false and politically motivated. (Dennard is a former Trump campaign surrogate and current member of the President's Commission on White House Fellowships.)

"I cannot comment on items I have never seen regarding allegations I still believe to be false," Dennard said. "This is sadly another politically motivated attempt to besmirch my character, and shame me into silence for my support of President Trump and the GOP."

He also said he had not seen the full report and "was led to believe" it was "sealed and proprietary," the paper reported.

In a heated exchange on CNN earlier this year, he argued that Trump's alleged hush-money payments to adult film actress Stormy Daniels were irrelevant because they were made before Trump was president.

"You can dig up dirty laundry and I pray to God that nobody goes back in your past and picks up something that has nothing to do with your present time as sitting here as a commentator," Dennard said.

Dennard has been an prominent cable news defender of the Republican Party and Trump, who regularly goes on television to push back against the president's critics, including against adult film actress Stormy Daniels, who has alleged she was paid by Trump's former personal attorney, Michael Cohen, during the 2016 presidential campaign in order to squash reports about her alleged affair with the real estate mogul.

On Tuesday, Cohen pleaded guilty to making an excessive campaign contribution. Trump's former longtime lawyer made the extraordinary admission that he paid off Daniels "in coordination and at the direction of the candidate for federal office," referring to Donald Trump, during the 2016 election cycle.