Donald Trump may be right to be surprised. As a self-styled bigshot businessman, the law was never so tough on him 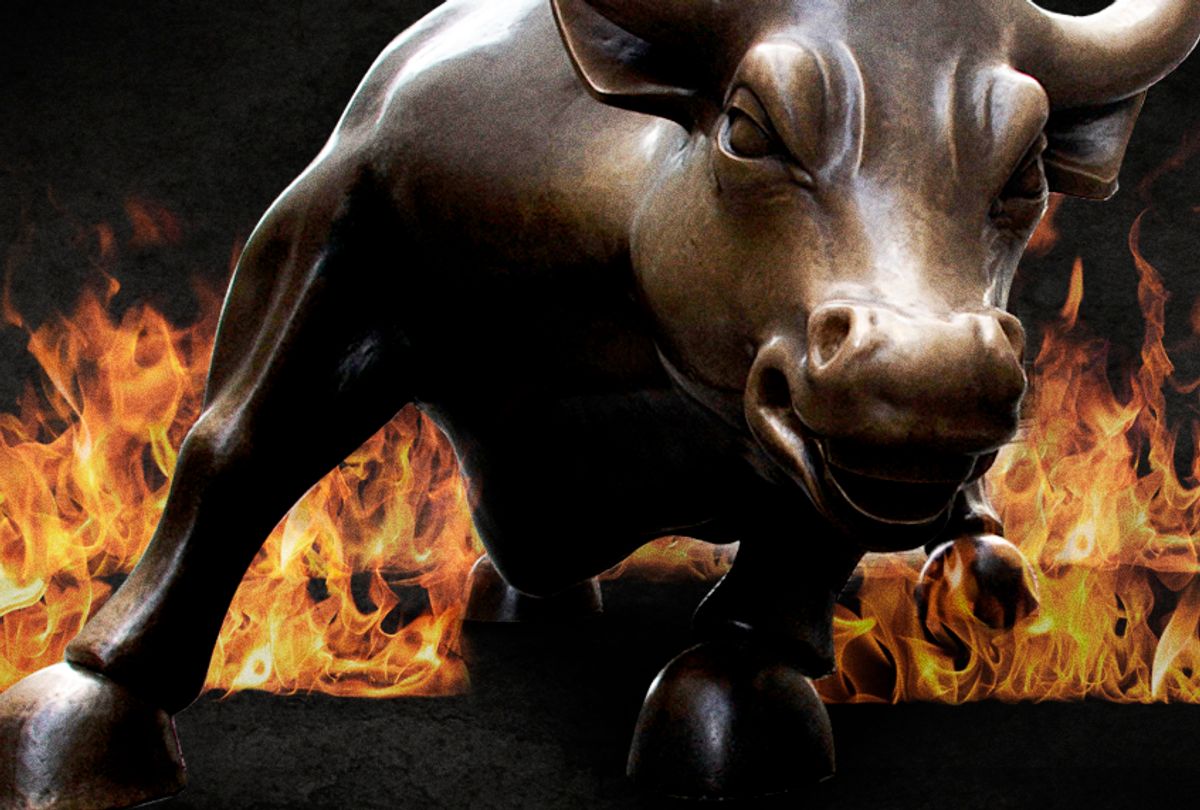 President Trump’s ruminations after the criminal conviction of his former campaign manager Paul Manafort and the guilty plea entered by his former personal attorney Michael Cohen have been likened to that of a mafia boss. “With Mob-Tinged Vocabulary, President Evokes His Native New York” read The New York Times White House memo headline Friday.

No doubt, Trump’s references to “rats” and former insiders “flipping” on him creates the sense he orbits in a solar system of self-interest, outside the bounds of our criminal justice system that’s defined by absolute values of right and wrong. But Trump’s amoral alignment that has him flying "above the law" is not just one we can ascribe to organized crime but to how we police American capitalism itself.

This is no trivial matter, since Trump is the first President that has been bestowed upon our republic by the business world and with the ever-exploding costs of campaigns, certainly likely not to be the last. And it is easy to understand from Trump’s previous brushes with law enforcement how he would now come away annoyed with how he and his associates are being treated.

READ MORE: The end really is near: a play-by-play of the coming economic collapse

For up until now, Trump’s battles with the government as a businessman were ones that were civil in nature, where government agencies like the Federal Trade Commission or the Security Exchange Commission made allegations, and his lawyers negotiated a resolution with Trump, perhaps paying a fine, but with Trump not having to admit any wrongdoing.

This regulatory deference to capital, corporations and the people who run them is baked into our system and repeatedly comes to the rescue of serial offenders like Wells Fargo and Goldman Sachs, who have ruthlessly preyed upon the public, paid their fines and gone on to prosper.

Even though these laws often have criminal penalties attached to them, they are rarely invoked. By the time the former government regulators-turned pricey white-collar defense lawyers get done, the penalties are hardly a speed bump.

Shoplifters trying to score dinner go to jail. But if your heist is really, really big like millions of foreclosed homes, our politicians go golfing with you and ask you for campaign cash. The bigger you think, the greedier your ambition, and the bigger your bank account, the more our jurisprudence has your back.

Back in 2002 the SEC issued a cease and desist order against Trump’s Trump Hotels & Casino Resorts Inc. for issuing a “fraudulent” press release that gave the public and investors the “false and misleading impression that his company had exceeded earning expectations through operational improvements, when in fact it had not.”

There was no fine, just whatever punishment the markets might exact in how it priced the stock.

At the time of the alleged violations, Trump was chairman of the company. He issued a statement that he had “great respect for" the SEC and its chairman, Harvey Pitt and that he was “very happy that this all worked out."

It was all very civil.

Back in the summer of 1986, Trump ran afoul of the Hart-Scott-Rodino Antitrust Improvement Act, which requires the disclosure of mergers or acquisitions to the Federal Trade Commission and the Department of Justice so those agencies can insure the transactions will not negatively impact national commerce or have anti-trust implications.

In 1988 the FTC charged that “in two separate transactions, Trump acquired stock in Holiday Corp. and Bally Manufacturing Corp. through Bear Stearns in an amount well beyond the dollar threshold at which he should have filed pre-merger notifications with the FTC and DOJ. Trump eventually made the appropriate filings but not within the time frame established by the HSR Act.”

Trump paid a $750,000 fine, but of course the FTC press release had the business boilerplate, “This judgment is for settlement purposes only and does not constitute an admission by Trump that he violated the law.”

"I firmly believe that I was in full compliance with the Hart, Scott, Rodino Act reporting requirements,’’ Trump said in a statement, adding he only agreed to the settlement ''to avoid protracted litigation with the Federal Government over a highly technical disagreement between the F.T.C. and the business community.''

Generations of enabling American corporations and characters like Donald Trump to get away with their self-dealing has left us with vast wealth and income inequality that only grows wider.

They bought the law, so there is no great equalizer.

No, we can’t blame Donald Trump on the mafia. He is a product of no-holds barred American capitalism where the law is only for the unincorporated little people.