Be more like Steph Curry: The NBA star speaks up for women's rights, because it's a man's job too

The Golden State Warrior penned a powerful essay on women and the working world, and he's backing it up with action 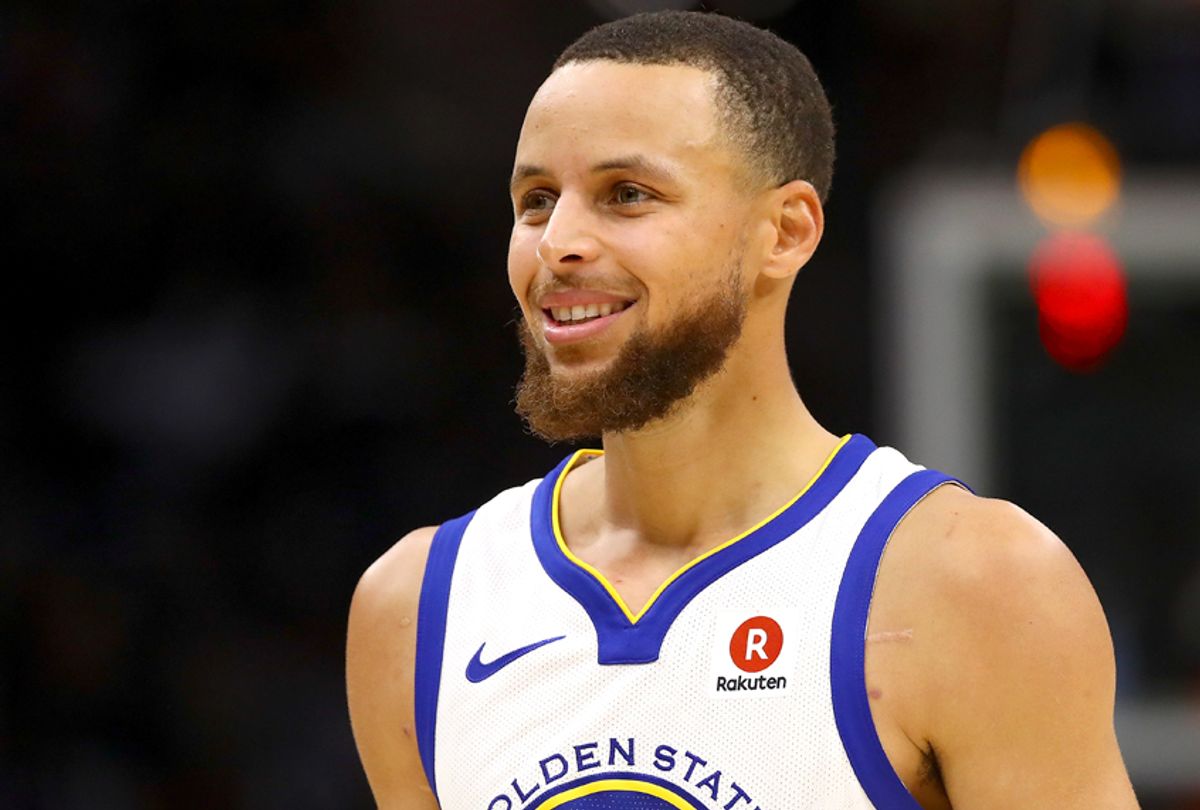 We know that NBA star Steph Curry has one of the best jump shots in the history of basketball. That's evident when we see him sinking 40-footers in the face of your favorite player every year during the finals as he racks up ring after ring. It turns out that the Golden State Warriors point guard can also pen a powerful essay. In “This is Personal,” published by The Players Tribune yesterday, Curry speaks out about the importance of equality for women.

Curry opens his essay talking about his daughter Riley and how excited he is that she wants to be a “a basketball player cook.” Curry’s wife Ayesha is a successful chef, and young Riley splits her time between mastering the culinary arts while perfecting her ball-handling skills and the family jump shot. Like any father, he’s proud that she wants to follow in his footsteps but fears that his daughter will grow up and enter a professional world where gender will prohibit her from being justly compensated.

He's right to be concerned. Earlier this year, Business Insider reported that “a woman earns 80.5 cents for every dollar a man earns, and women's median annual earnings are $10,086 less than men's, according to data from the U.S. Census Bureau.” CNBC reported that millennial women are fighting hard to close the gap at an accelerated rate, and with increases in education, they can do so by 2020. But AAUW projects that women won't see pay equity until 2152.

Time will tell which prediction is correct, but we need to focus on what’s happening now. We know the gap exists, and we see it across the board, including in the WNBA and other women's professional sports. The question we should all be asking ourselves is how can we create a world where we don't need essays like Curry's anymore?

As a male professional athlete, Curry might seem an unlikely ally. He credits his awareness on this urgent issue to the strength of his mom and wife and recognizing the difference between their American experience and his.

“So, for my whole life, really, I feel like I’ve been receiving this education on what it means to be a woman in America,” Curry writes. “And one lesson from that education that’s really stood out to me is: to always stay listening to women, to always stay believing in women, and — when it comes to anyone’s expectations for women — to always stay challenging the idea of what’s right.”

The #TimesUp movement is helping to bring necessary attention to the gender pay gap in America. And when high-profile athletes like Curry speak up — especially male athletes, since they can avoid being smeared as greedy or demanding — it adds visibility to the cause. Being an outspoken critic of topics outside of sports can also open them up to criticism, like when Fox News pundit Laura Ingraham took shots at LeBron James earlier this year for speaking out against President Trump, who allegedly has a long history of assaulting and disrespecting women.

"It's always unwise to seek political advice from someone who gets paid $100 million a year to bounce a ball," Ingraham said on "The Ingraham Angle." "Keep the political comments to yourselves. . . . Shut up and dribble."

People who share Ingraham's views fail to understand that athletes are also human beings who live in the world, not just on their TVs. Speaking out against injustice, political or otherwise, is a right, even for celebrities — and with the greater visibility their fame grants them, can be seen as a responsibility.

Curry isn't just writing about gender equity, he has also started doing the work. Last week he hosted his first annual girls' basketball camp in Walnut Creek, CA — a rare move for a top male athlete. There he partnered with professional women like Ariel Johnson Lin, a vice president at JPMorgan Chase & Co, who spoke to the the young women about confidence and the power of being yourself, giving his students a chance to enjoy support from a superstar athlete and advice from women who are working in the fields they may want to join in the future.

I don't think Curry should get a medal of honor for speaking out on a issue we should all support. But I do recognize him for being outspoken on gender equity from within an industry that's historically toxic towards women. It does take some courage to join the conversation in a time when male athletes are being discouraged from addressing sensitive and political issues in public, and he's backing up his talk with action by hosting a camp for girls.

But he is also one man who published one essay. All men, especially those in positions of power, need to be challenged with the task of righting these wrongs daily, as we know that women's contributions to the economy are essential and frequently undervalued and that treating all workers fairly is the just thing to do.

Acknowledging the problem is a great start, and I don't want to discredit anyone's efforts, but not acting on it is and should feel criminal. Men who are aware but choose to remain silent are just as guilty as the ones who are dishing out unequal pay.

You don't have to be a star like Curry to make a difference, but you do need to believe in fairness. And if you do, it'll be hard for you to not call out and challenge your own industry to justly compensate women going forward.