The attack, which brought the United States into World War II, concluded before Trump was born in 1946 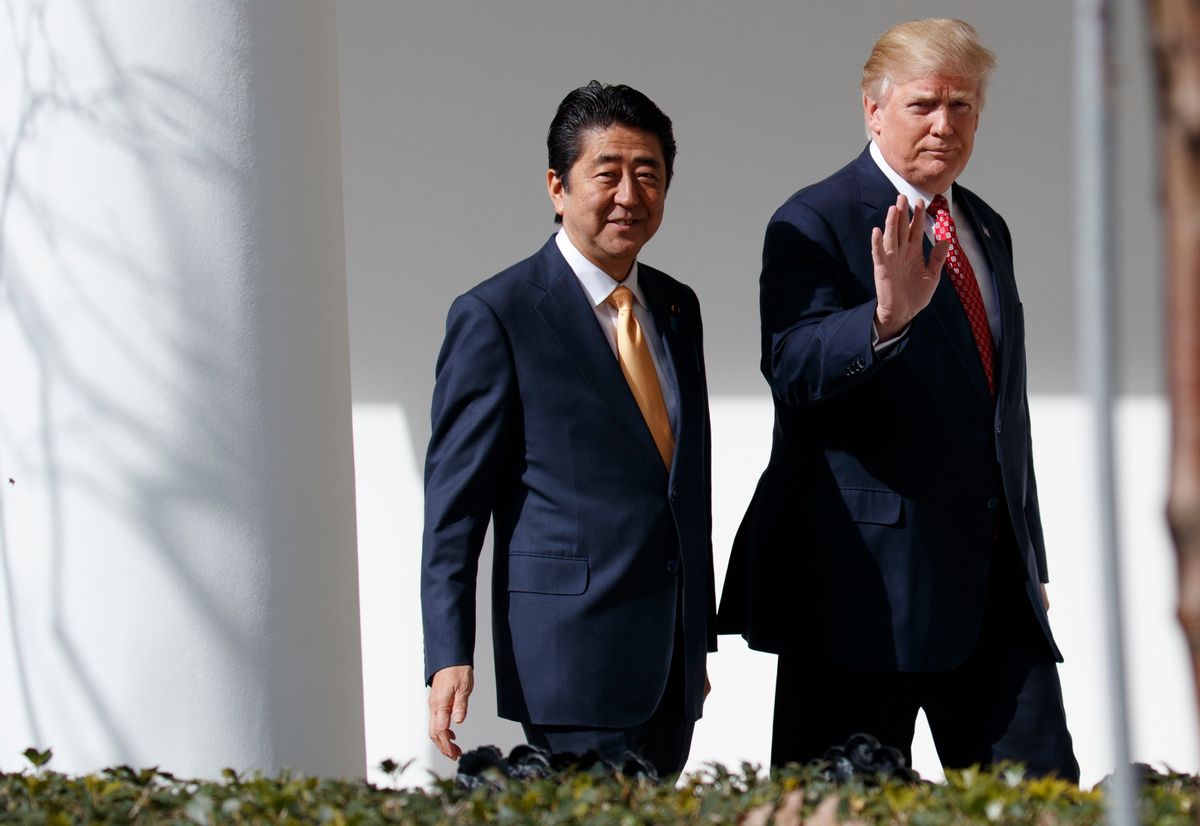 In the tense June call, Trump told Abe that “I remember Pearl Harbor,” referring to the attack that brought the United States into the Second World war, which concluded before Trump was born in 1946.

President Trump has previously been confused about his own birthdate.

Trump’s rant was part of “a blistering critique of Japan’s economic policies,” sources told the Post and complained that the Japanese don’t buy as many American goods as Americans buy Japanese goods.

“The meeting, which left Abe exasperated, epitomized the paradoxical nature of Trump’s closest relationship with a foreign leader,” the Post reports.

The story says that Abe, who has met with Trump eight times, is one of Trump’s favorite foreign leaders.

“I’ve never heard him [trash]-talk Abe. And you can’t say that about a lot of the world leaders,” said a U.S. official who spoke anonymously.

Abe has to hold Trump’s hand throughout conversations where he rages, the story says.

“During heated exchanges, Japanese officials say Abe waits for Trump to make his point, and finds an opening later on in the conversation to rebut him,” the story says, because Abe “understands if he categorically denies what the president says, it might hurt the president’s pride.”