"It's racist to call him out": Republican blasts black pundit upset by Ron DeSantis' "monkey" quip

On Fox, DeSantis told voters not to "monkey this up" by electing Andrew Gilium as the first black Florida governor 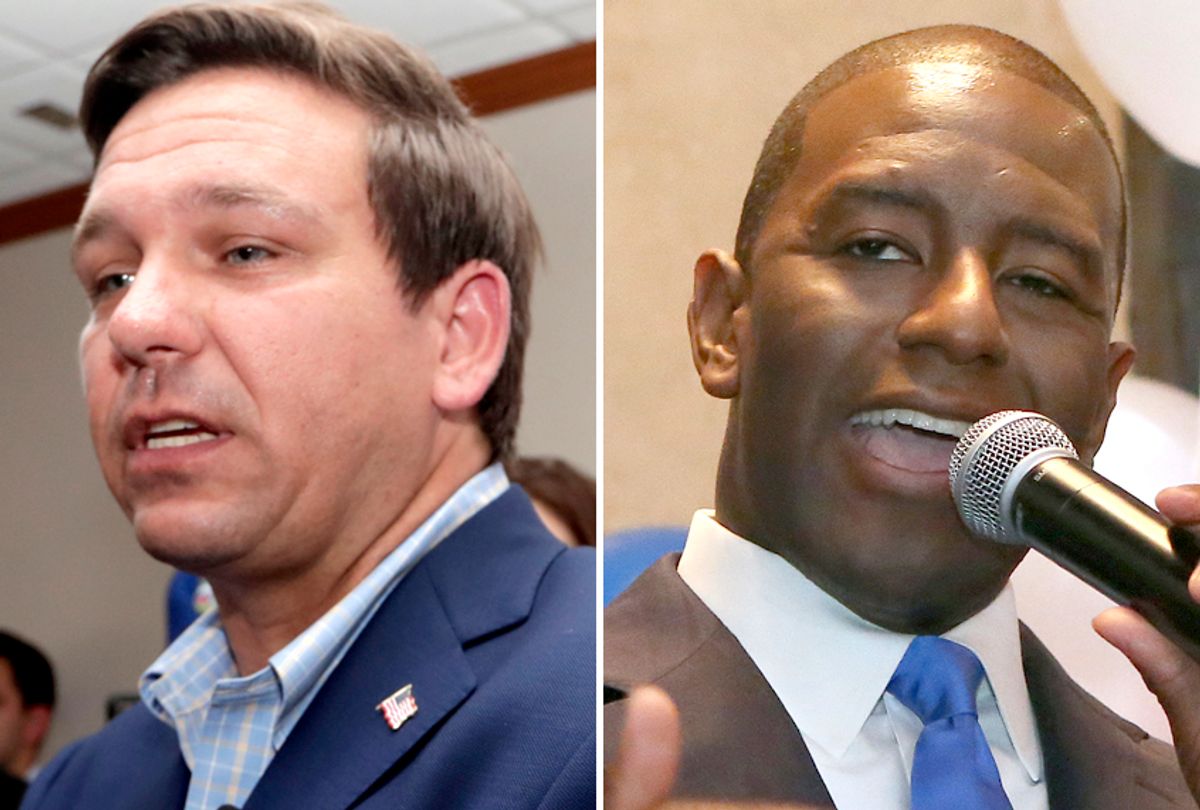 Republican commentator Allie Stuckey lashed out a Democratic strategist on Wednesday after he suggested it was racist for Florida gubernatorial candidate Ron DeSantis (R) to suggest his black opponents would “monkey” up progress in the state.

Stuckey argued that her opponent was “racist” for disagreeing with the use of the term “monkey” in political discourse.

“I think it’s racist to call him out for that,” Stuckey said. “I think it’s kind of a ridiculous accusation to point that out as bigoted or as pointed towards his opponent. He has just finished saying that this is a worthy opponent that we’re going to work hard to beat. I highly doubt that he intentionally meant to be demeaning by saying that. And I think it’s way overblown to react in a negative way.”

“As an African-American man who’s had racial terms used against him,” Hopkins replied, “I’m sure you’re a nice person, but I don’t really care whether you think it was racist. It was a racist term that was used. It’s offensive. There’s millions of African-American who have had to deal with this.”

“You honestly think that he intended it that way?” Stuckey interrupted.

“How else to you intend, ‘Let’s monkey around,’ when the first African-American nominee for governor, when you’re addressing that?” Hopkins asked.

“Why didn’t he say ‘mess this up’?” Hopkins wondered.

“I don’t have the same perspective as you do and I will own that,” Stuckey opined. “And I believe that you are genuine in your feelings on this. I think that you are a very honest and good person. However, I just don’t think that DeSantis is that dumb, that he said a blatant racist term that he knew would get backlash. He’s not an idiot.”

Hopkins compared Stuckey’s remarks to President Donald Trump’s assertion that there were “good people on both sides” in the clash between neo-Nazis and anti-fascists in Charlottesville.

“Come on,” Hopkins pleaded with Stuckey. “He could have said it a million ways but to use the term ‘monkey’ with an African-American nominee.”

“No!” Stuckey exclaimed. “Because he’s a socialist. He was saying this is a far-left socialist candidate. Florida doesn’t want someone with these kind of extreme progressive values and so we don’t want to monkey this up, we don’t want to mess this up.”

“It’s this kind of accusation of racism against something that is clearly not intended to be racist that actually undermines actual instances of racism,” the conservative pundit added. “And this is another example of why Trump won. Because people are so tired of these generalizations — everyone on the right being racist when they’re clearly not.”

“I didn’t say everybody was racist,” Hopkins noted. “This race is going to get racial. That’s Donald Trump’s kind of playbook. That’s his agenda. And he says he’s going to come down to Florida. And what happens? Less than 12 hours after the race is called, you have DeSantis throwing around the word ‘monkey.'”

“It’s going to get racial on the left,” Stuckey erupted without letting Hopkins finish. “I guarantee you no conservative is going to deliberately make this about race.”