Justice for Jordan Edwards: Murder conviction for Texas cop feels like a miracle 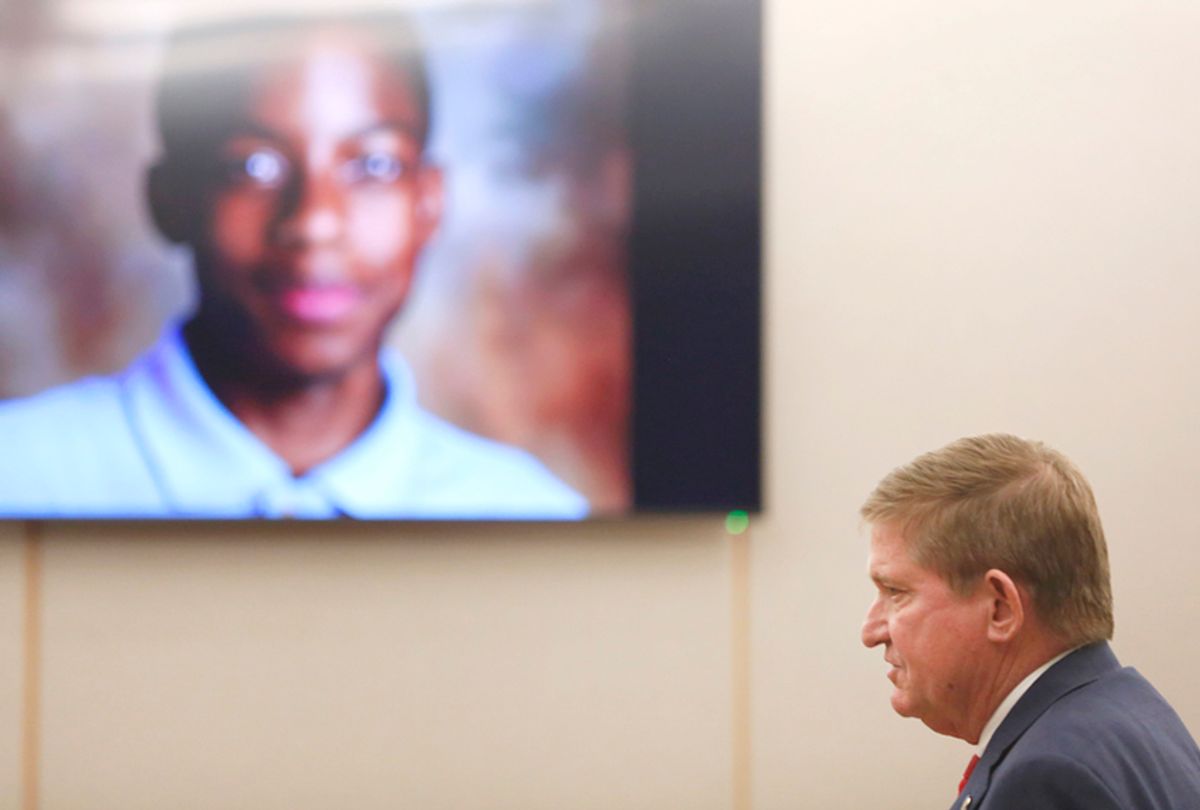 Jordan Edwards is shown on a screen as lead prosecutor Michael Snipes gives a closing argument during the eighth day of the trial of fired Balch Springs police officer Roy Oliver, who is charged with the murder of 15-year-old Jordan Edwards on Monday, Aug. 27, 2018. (Rose Baca/The Dallas Morning News via AP)
--

Protesters, activists and concerned citizens took to social media, and even to the streets in certain cities, to celebrate. I encountered a group of women in a D.C. bar/restaurant who only met up yesterday because of the Edwards verdict. "I left work!" one of the woman said. "Who knew cops could ever be held accountable?"

Oliver's conviction feels like nothing short of a miracle. I don’t identify as an activist; however, I played a role in organizing frustrated citizens in Baltimore after the deaths of Michael Brown, Eric Garner and Freddie Gray, all unarmed African-American men who died at the hands of irresponsible police officers who didn’t receive a thread of justice after, even after protesters fought, marched, rallied and even became violent at times. As obvious as those killings were, the police officers were allowed to walk and even keep their jobs, in most cases, or get desk duty.

But finally, yesterday in Texas, the justice system got it right.

Oliver, who initially said he fired shots at Edwards because he feared for his life, could face up to life in prison. The last conviction of an on-duty officer in Dallas took place in 1973.

“I had to make a decision. This car is about to hit my partner,” Oliver testified, during his trial. “I had no other option.”

That was a bold faced lie. Oliver’s claim was debunked after a body camera video showed the car Edwards was in, driven by his stepbrother Vidal Allen, driving away from the police officers, not toward them.

“I was very scared,” Allen said on the stand. “I just wanted to get home and get everyone safe.”

It’s scary to think what would happen if the body camera footage hadn't been available. We could probably be dealing with another cop getting away with murder, since this story seems to repeat itself. Hopefully this time, the nation takes notice of what justice looks like. Oliver’s conviction is a huge step in the right direction, and hopefully it will make police officers think twice before carelessly squeezing their triggers.

Because as the Edwards family attorney Daryl Washington said, “It's about Tamir Rice. It's about Walter Scott. It's about Alton Sterling."