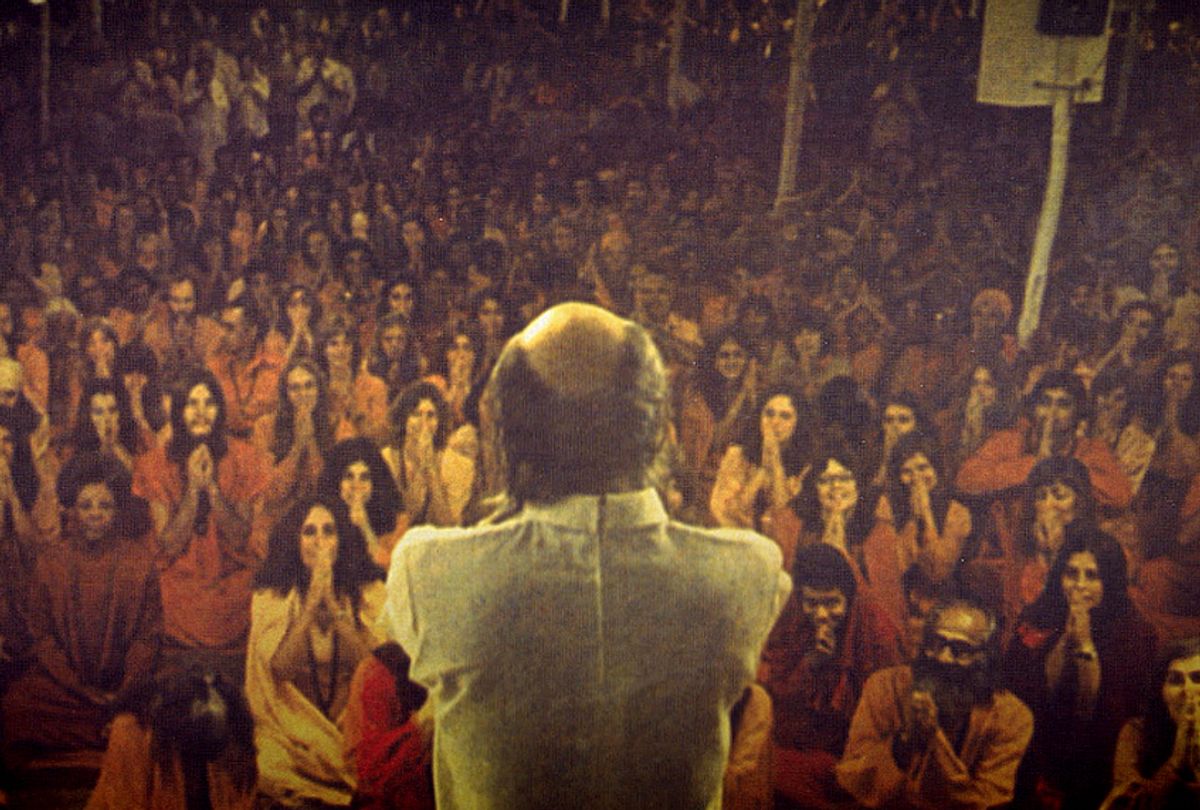 Read more Indiewire: ‘Wild Wild Country’: Mark Duplass and Filmmakers On Sheela’s Regrets, and If She’s a Psychopath — Turn It On Podcast

The Ways told the Brauns about their discovery of controversial ’80s cult figure Bhagwan Shree Rajneesh, his fierce lieutenant Ma Anand Sheela, and their run-ins with the tiny town of Antelope, Ore. The colorful and often unbelievable escalating war between the locals and the Rajneeshpuram — a sprawling multimillion-dollar utopia built in the desert  — is revealed in a cache of over 300 hours of archival footage from local television stations, who saw the wisdom of never taping over or trashing this extraordinary story.

The Ways initially wanted to make a two-hour movie, but the Brauns have learned a lot over the years. They talked them into considering a longform series after Josh Braun saw HBO true crime series “The Jinx.” “We knew they would have to leave a lot of the story out,” he said, telling them that nonfiction series were the wave of the future. So the filmmakers turned down an offer for a two-hour HBO movie.

But it took a while to get from obtaining archive rights and digitizing all those tapes to structuring a viable multipart documentary. The Brauns decided to find a name executive producer to lend the project credibility and when they looked over a list of possibilities, the Duplass brothers felt like the right fit.

The Brauns knew Mark and Jay Duplass from having sold their early movies. “I knew Mark was a fan of crime,” said Josh. “Mark and Jay came on and they loved the concept of three sets of brothers working in tandem. It was a good dynamic.”

“We did not need a voice from on high on this,” added Dan. “The Duplasses created the perfect environment for the Way brothers, letting them trust that they were there as a sounding board, not to be an overlord, but a supportive mentor.” The Ways spent a year researching and structuring the series. Day to day, producer Julianna Lembi “was the glue that held the entire thing together,” said Josh.

Read more Indiewire: FX’s John Landgraf On Why Emmys Are Necessary, But What He Worries Now ‘Cheapens’ the Award

Born in Manhattan but raised in the Berkshires by their progressive parents, Josh and Dan Braun skipped college to get started as rockers back in 1979 in New York City. They were drummers for the band The Del-Byzantines with filmmaker Jim Jarmusch as their lead singer, and have often jammed in clubs with longtime Magnolia president Eamonn Bowles. In the mid-’90s, Josh produced series for the Sci-Fi Channel as well as John Pierson’s “Split Screen” for IFC. (He and Dan wrote the series theme song.)

While the Brauns have been long regarded as adept sales reps, they’re increasingly involved in consulting and giving creative notes on their projects. “Giving our opinion means something, not for ego, but to make projects better,” said Dan, whose son Ben also works for Submarine. In the last few years, the brothers have expanded into producing more features like “Kill Your Idols,” about the lower Manhattan music scene.

Among their current crop of movies is Magnolia’s style documentary “Gospel According to Andre” (May 28), artist profile “Kusama Infinity” (September 7), and music biodoc “Joan Jett: Bad Reputation” (September 28). “Echo in the Canyon,” about the Lauren Canyon rock scene, is the upcoming Los Angeles Film Festival opener September 20, while “Fire Music,” about free jazz, will debut the next month at the New York Film Festival. Two upcoming Netflix series are in production. “As a company,” said Josh, “we’re producing more, but not selling less.”

The Brauns developed “Wild Wild Thing” to sell to Netflix; they worked with the streaming site on Emmy-nominated “The Keepers.” Said Dan, “They put our feet to the fire in terms of structure, where the breaks were going come.” They designed a six-episode structure with cliffhangers, tantalizing lead-ins, and mostly hour-long episodes, although the last one had to be trimmed from 95 minutes.

“Netflix started conceptualizing it as not a true-crime story,” said Chapman, “about who’s guilty or not guilty, but as an exploration of what caused this peaceful spiritual group to take over political control of the town and poison 750 people. They were interested in going beyond the sensational elements to the complex underbelly of religious rights and the rights of the other.”

Read more Indiewire: 'The Crown' Season 2 Added Color and the Swinging 60s to the Royal Realm

Everybody understood that Sheela was the star of the series, and that talking to her in person was a necessity. “We did not have Sheela locked down,” said Dan. “The Way brothers had to gain her trust to get her on board. It wasn’t a guarantee. As a fallback, we could still make the project using archival interviews, but obviously Sheela was gold.”

The Ways went to Switzerland three times to get to know her, conducting five days of interviews with 25 hours of footage. “We had the luxury of knowing how the story ends going in,” said Chapman. “But when we started doing interviews, our perceptions began to shift.”

“When an interviewee started telling a story never told in public before,” added Maclain, “we leaned into those moments you can’t predict.”

When the assistant attorney general “casually started slowly telling us about the salmonella poisonings,” said Chapman, “and the story of how this group captured beavers and blended them up and put blended beavers into the water supply to poison the local townspeople,” all the brothers could do was look at each other, pretend they had run out of video, and pause a few minutes to recover.

They wondered how Sheela would take it. Finally, she liked her portrayal. “She was proud of how she endured the bigotry and prejudice aimed at her,” said Chapman.